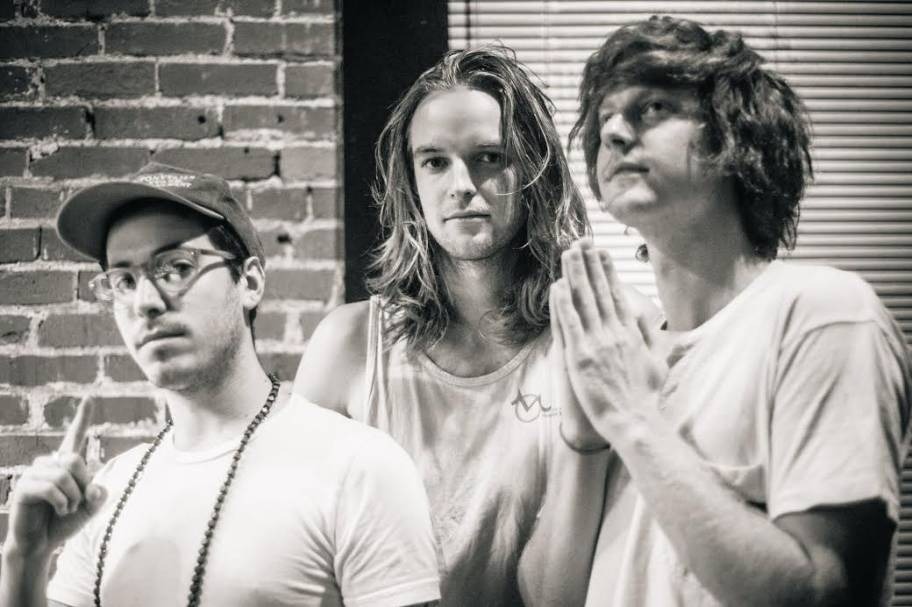 It is our privilege to announce the Infinity Cat Cassette Series, hand-picked, selected, and certified by Diarrhea Planet's Casey Weissbuch. The cassette party begins with the premiere and interview of Music Band's Can I Live CS, but first an official word from Casey on the one year subscription that gives you six cassettes, “six special secret surprises,” and 12 months of tunes:

OH YEAH! The cassette series. This is something I'm very proud and honored to get to do, but it's something that absolutely couldn't have been done without Ale, Sabrina, and Wrenne at Infinity Cat, they're ruling the game right now. Anyways, about the series—it's pretty hard for me to fall in love with any modern band these days because the listening world is so polluted and overpopulated by music right now. However, when I do fall in love with a band, I'll love them forever and want to show everyone everything they do, even if what they do is really far out… that makes it even more special. So the bands that are coming out in this series are bands that I have completely fallen in love with and want to share with as many people as possible. I got this idea in the first place because, when I discovered a lot of these bands or artists, it was when a lot of people weren't necessarily familiar with them and so I wanted to use this series as a way to spread their gospel, even though since then a lot of them have gained an enormous amount of popularity. I stand behind every release in this series with everything I've got, and I swear if you keep open ears the way I did, you'll fall in love with these bands too.

Music Band has put in some real work over the past half-decade kicking out some sturdy rock and roll joints like, Wild at Heart, Satan's Grave, to the 'live for no one' Live at Wembley—the epitome of the band's representation of energy. Even having done all this, their largest and most polished and pristine (but still muddy in the right places) release to date is Can I Live, where Music Band caves the ceiling in on the opener, “Still Life”. The trusty trio of shared vocals from guitarist Harry Kagan, bassist Duncan Shea, and Lee Putney on the drums take the pretensions out of the piss with the satirical self-referential musings, “still life is like a rock and roll song about rock and roll.”

And the show has only begun, as “Take It Back” rocks the garages of Southern roots to the amped up Sunset Blvd strips of the unsung 60s. Then you get hit with “Nightingale” which could dominate practically any radio market by the floor tom-tumble that crawls up from the edge in a Be Here Now stroke of idiot genius. “Promise of Gold” was heard on the Wembley release, and is presented in Music Band fashion that builds a song narrative shape with a style that transforms into sped up sections of electric guitar alterations. Also from the live disc, “Can I Live” is a privy look into holistic stripped down Tennessee Americana colliding with heady shredded Marshall towers of skronk. The tape presents Music Band at their best, the swamp water soup and dirty sands of “Lo Bogra”, to the underwater sleeping/volcano drinking, “Can't Win”. This is where the three's sound busts through to the Detroit backwoods, continuing to dot the maps that align legacy and tradition by creating their own as they go.

We had the chance to introduce ourselves to Nashville's Music Band, here in our following interview with Harry and Lee:

How has Music Band changed by making the jump to Nashville from upstate New York?

Harry: We came to Nashville with seven dudes total from Ithaca on nothing more than a really good feeling we got from visiting the city once or twice in 2011. We made the move with the goal of continuing to make music as we had in New York, but this time with a sort of overarching knowledge that this would also be the place where we would be beginning our 'post-college' lives. In a lot of ways it's like we started over as a band, in a good way, still with the experience from Ithaca behind us. Being around so many great musicians, and people we just generally like a whole lot, has been hugely inspiring musically and personally for us. When you see progress around you, like watching your friends constantly writing music and succeeding in their own ways, it definitely drives you to do the same. Like, we have this thing in our house, where one of us will go into the kitchen and start making food, and within a few minutes all three of us are in there trying to make our own food because it's nice to do that kind of thing around other people, even if it's not 'with' them.

Also, since we came here Duncan grew his hair out and became a vegetarian, Lee finally developed a taste for eggs and seafood and is thinking of changing his last name to 'Valderrama' (to feel closer to his all-time favorite actor and TV personality), and as for Harry, well, that's a tale for another album premiere…

With regards to the name, was it one of those things like with Dylan's old band, The Hawks, forming as The Band type of deal?

Harry: The name Music Band came up the summer before I started the band in one of those moments where you have a dumb idea and say to yourself, 'has anyone ever done this? I don't think anyone has ever done this. Wait, someone must have done this before. I'm going to do this.' We started out with the intention of changing the name but after a while it just stuck and everyone got used to it. Sure we get mixed reactions to the name but sometimes you just gotta say, 'damn people, can I live?!'

Late and favorite musings about the Nashville scenes you all care to share?

Lee: There's always cool stuff happening here. There's always new bands and restaurants and venues and places to hang out. We're all pretty excited about the new Publix that just opened up in Donelson.

Any anecdotes regarding partying with Diarrhea Planet?

Harry: They just turned me on recently to the 'odds game', which they learned from some Australians at SxSW. It's kind of like truth or dare for the real heads. Ask them about it next time you see them and they'll tell you some stories.

We're excited about Casey of DP's Infinity Cat cassette release series, what else does Music Band have planned?

Harry: I think 2014 is going to be a good year. 2014 is going to be the year of street justice, therapeutic cringing, and bringing honor back to the slam dunk. We've got a tour booked starting at the end of May which we're really stoked about. The Infinity Cat tape came around at a really good time where we'd had a bunch of songs we'd been ready to release for almost a year. This summer will be spent writing songs for what will most likely turn into a full length later this year.

Music Band's Can I Live will be available May 6 as the first release from the Infinity Cat Cassette Series.

You can also find Music Band playing the following shows, along with Diarrhea Planet and Futurebirds on select dates: