Trippin' balls in the hallway of a thousand crystals 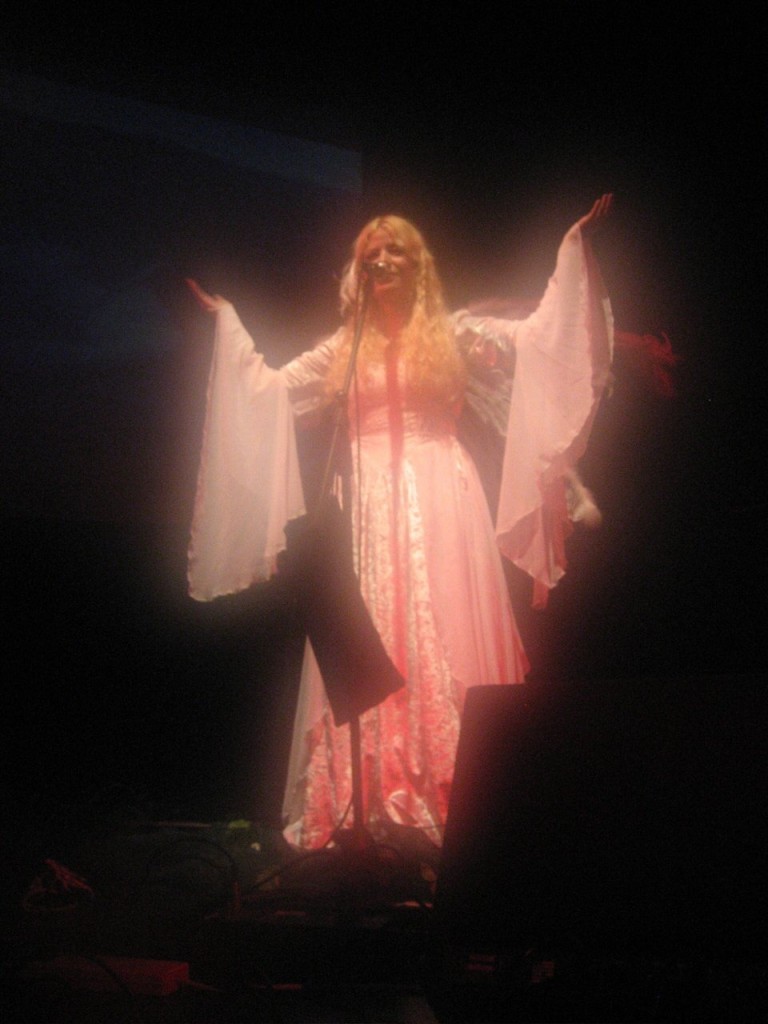 Dude my brain is totally scattered all over the place — spit on by the psychedelic silver-haired mother nature-creature vibing in the stars n' clouds, soaking up those electronic pulses shooting directly into it from the saliva of the one-true-omnipotent, celestial stargasm-mother. What the fuck am I talking about? Well, as of late, I've been jamming on a lot of fucking awesome new-age vibes.

A couple weeks or so ago, I found out that I was getting the opportunity to record another full-length LP for the always-amazing people over at La Station Radar, that'd be Jerome and Fleur for those taking notes. I immediately started going banana-nut-bread crazy, thinking about the possibilities at hand, and how I wanted to approach this. I knew immediately I did not want to re-hash the past or do the same thing I did with Honeysuckle. So I decided to take a different route, one I've been somewhat moving towards with Pink Priest for a while, a move towards more, yeah, new-age-ish territory.

Listening to something like the Cold Rock 3″ cd-r or even the God Of Blues cassette, those vibes and influences are immensely there. Thinking back, even as a kid I remember even owning a few of those obscure weirdo tapes and listening to, like, thunderstorm tapes and shit while laying in bed. I don't know, maybe even all the way back then, I was just all about getting my mind in a different zone. It's definitely a shame I don't still smoke pot, right?

So anyway, I'm not saying I'm going to put out some total 80s, cheesy, legit new-age record… But not for lack of trying! No, I'm just really trying to step away from the harsh and almost nihilstic tones of Honeysuckle. I want to release something a bit more blissful and comforting. That's the plan for Swallow Your Dreams, which is what I've decided to title this new one. It'll be probably a year before it's even remotely close to seeing the light of day, but that doesn't stop me from getting way excited just thinking about it. In the end, who knows what the record will sound like or where it will end up, musically or stylistically. This is just where my head is right now.

Now what I've done for you, the reader, is make a little mixtape, comprised of some things that have really been giving me some positive influence over the past couple weeks. It's been good times, as I've been all over the place, mentally. It's nice to have some tones to get you centered when you need it. Now, not everything on this mix is new-age, which will become obvious, but it is what's inspiring me currently. No individual mp3s on this one, because I think it totally jams in sequence… I hope you enjoy it.

You should also check out the blog Crystal Vibrations to get your new-age fix, for real… They only post the absolute best shit. Soon you'll be buying real crystals and just getting absolutely wacky with yourself. Check out Steven Halpern, Alain Kremski, Don Slepian, and Swami Kriya Ramananda; shit, check it all out. You might find something you really vibe on.