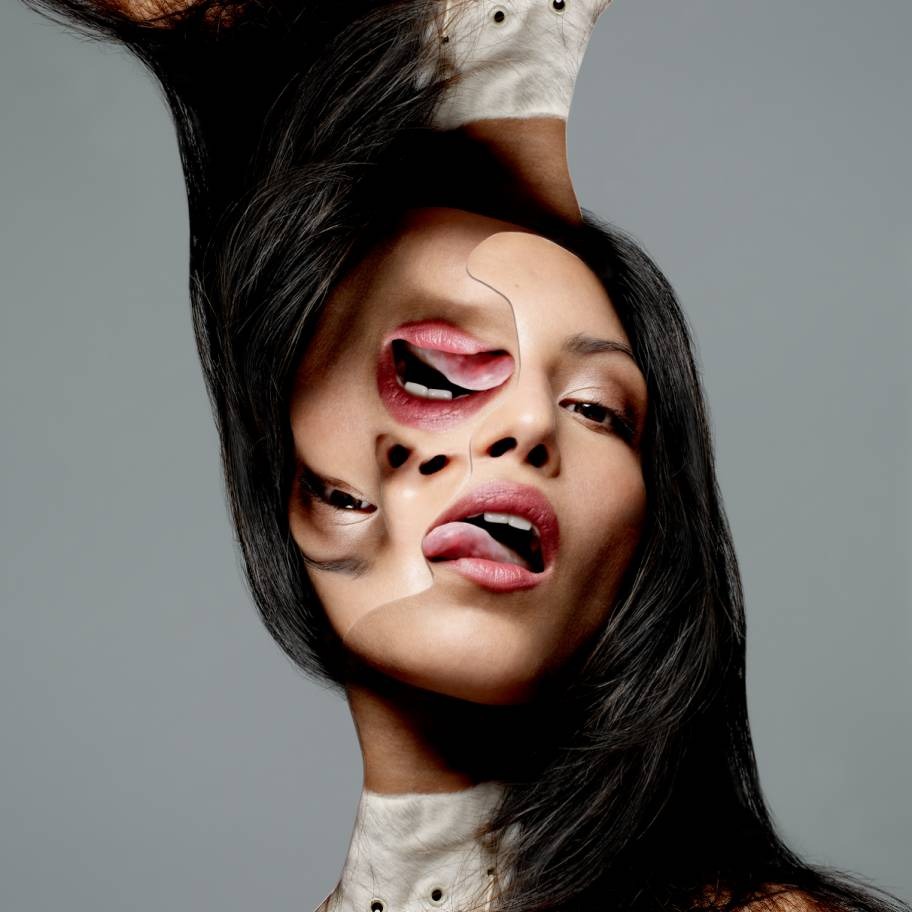 Vandana Jain rebels against the oppressive hands of harm and injustice through the bright electro statement of self-empowerment in the premiere of “Claw”. Through a sound informed from her upbringing in Bangalore, India, by way of London university chic through the NYC, Williamsburg prestige of glamor; Vandana curates a statement against society's iron clad fist of intolerance against women through the avenging sound of goddesses that create and destroy at the same time. It is precisely this balance of darkness and light, the artificial coupled with the natural that has been heard on recent singles, “Ecstatic“, and “Mask“, that both obfuscates and disguises through the agony and ecstasy of electronic couture. Following up her Vandamner EP, the audio and visual artist prepares her counterattack in the revolt against women with, Anti Venus, picking up where her “tricking you for years”-counteroffensive, “Men With Sticks“, left off.

The keys come in creeping like a tense disturbing flash in the night. “You hold a claw in your hand, the hand that claws my heart, it makes me do things I don't want to” Commencing a theater of cruelty, Jain adorns the villainy through through an intricate sequence of rhythm machines and samples that create a vicious metal nailed audio grip. In the face of antagonistic confrontation, the song at points transforms to an enlightened and heightened spherical space that battles and conquers with the combined goddess powers of Kali, Saraswati, and Lakshmi to ward off the wicked hand.

Vandana's dance design on “Claw” is detailed through an assertive and delicate yin and yang of tempest fevered waters and pools of divine serenity. The hands and hearts of love here are painted as caring, as much as they are portrayed as abusive and suppressive. These extremities and polarities are constantly present, from the vulnerable state of letting down your guard emotionally to the fortitude protections of sanctuary. “The silken tree under which I lay, the moss that grows beneath my feet protects me from the hands of what you do, even when I'm sound asleep”. The untamed animal natures square off in a showdown, while the aesthetic of refuge exists in the ever enduring feminine nurturing woven like high fashion silk textiles wrapped around the brute force of deep menacing beats.

Vandana talked with us about her forthcoming Anti Venus release, discussing revolts against the injustice exhibited toward women globally, the counter balancing of beauty with the not-so-beautiful, and more; beginning with exploring the cross sections of fashion, music, and visuals.

As a graphic artist and dedicated follower of fashion and couture; how do you find that intersection where fashion informs your music, as well as music informing your passion for fashion?

I am a very visual person, fashion, art, objects, film, cities, faces, wrinkles, all inform my music. When the right image and music come together, it makes a stark impression, a decided mood that embeds itself as a memory. When I think of anything that has really struck me, I see it as a layer in the subconscious that at a later point I am subliminally drawing from while being tangentially creative.

The warm synth silk stream of “Claw” is mesmerizing, what's the story behind the song and it's construction?

How has your India by UK by US travels and livelihoods impacted you personally as well as your music, visuals and textile taste?

The lack of freedom and self-expression in India, and an explosion of those during my time in London, the vast differences between the two cultures, and now New York, which is still quite different from London, stirred several sensory overloads. I think creating a polarity, a black and white in my personality, music, visuals, aesthetic, a yin and yang of nature and nurture. The pretty always has to be counterbalanced with the ugly in my case.

Tell us what we need and want to know about your upcoming album ANTI VENUS. Is it a revolt against the planet, goddess, etc?

It is a revolt against injustice to women, and is definitely pro-goddess. Venus, the goddess as she was created, embodied beauty, love, sex, fertility, and although these are all facets of women, there is that subterranean layer that I am talking about, Anti Venus is anti-superficiality. The part of the world that I come from, women are largely seen as objects, to be consumed by men, dictated by men, there's the assumption that we are animals without a voice. We have fortunately been reading about some of the barbaric acts of men towards women, but that is just a little dip in the ocean. Women possess a power that we sometimes forget to acknowledge and I am interested in destroying this socially accepted behavior and surface the double faced goddess, one who creates as well as destroys, like the goddesses I grew up looking up to, Kali, Saraswati, Lakshmi. They are essentially one Goddess but with all encompassing qualities. Most importantly, the Anti Venus destroys with grace.