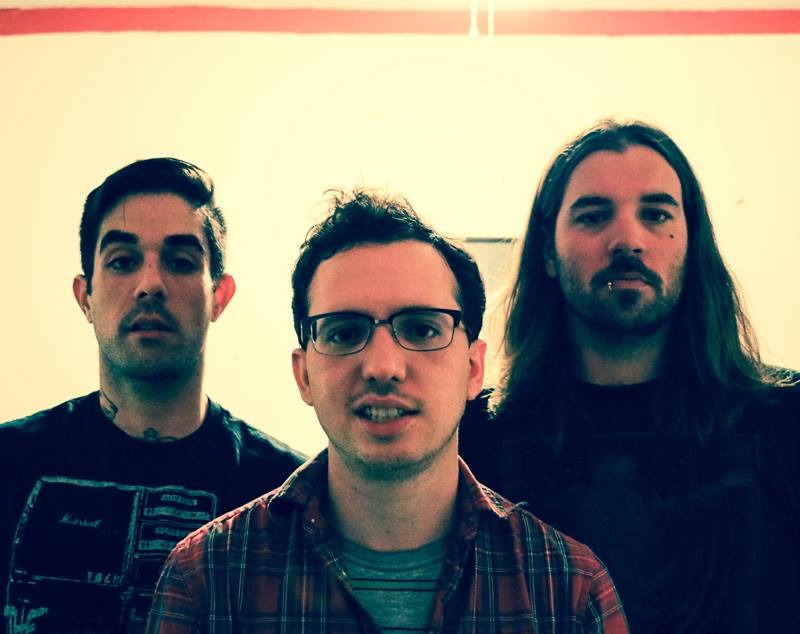 The Texas is Funny imprint has captured our interest over the past year with releases from Cherry Cola Chamions, Deer Vibes, and we just caught word of the upcoming 7″ split coming in early March between Glish, Young /// Savage, and Vetter Kids. To get this Southwest flannel burning party started, we bring you the megalithic guitars and raging slack-jawed delivery from Vetter Kids; with the premiere of “Vital Kids”. The three piece power-house of Richard Garcia, Marcos Gossi, and Austin Matherne combine the might and forces from their other bands, Sohns, Brother/Ghost, Yes, Inferno and God Townes, to forge a trinity and bond of new vitality.

Vetter Kids vet their practices and processes as 90s dudes that were raised on a diet of Pinkerton, In Utero and Four Minute Mile, and Jagged Little Pill (unapologetically and un-ironically, according to the band in our following interview segment). These three Texans give it up to the “Vital Kids”, an ode to coolness and the enduring durability of the loud, quiet, loud song structures. Richard, Marcos, and Austin send this one out to all those living in their own daydream nations, who have been “fucked around”, without getting their due attention and recognition as forces to be properly reckoned with. Though their sympathies lie in the alternative underground family trees and connective corridors of the 90s, Vetter Kids champion their current formal ties to the indie bands, and friends who would be, and should be kings. After a clever false ending breakdown, the final build-up leaves you with the drum beat highlighted refrain, “wasted all my friends”, that sends up a shout out and tribute to the vital importance, prowess and indie plight of the trio. These are the challenges, and uphill battles faced by both the group, their other bands, labelmates, and the conquering quests for struggle and survival faced by the various indie groups and artists from Vetter Kids' friends of friends. This is their statement that they are indeed here; bored and ignored, no more.

We had an opportunity to catch up with Vetter Kids' Marcos Gossi and Richard Garcia to talk about the upcoming Texas is Funny split, Eddie Vedder jokes, talk of an EP in the works, tours, the band's dynamics of friendship, and more.

How did you first meet and discover you were a band?

Marcos: I don't think there was a 'moment' that I remember when we met or discovered we were a band; but when you have close friends who love to hang out and have no money to play golf or anything I think it kind of just happens. You look at each other and say 'hey…you wanna like…write a tune?'

Are you all big fans of the Eddie Vedder, hence the Vetter in your name, or is it more of a fusion of something out of being a veteran of something else? Explain!

Richard: Hahaha, we get that a lot. I think all of us get a kick out of all the different ways people have said our name – 'Eddie Vedder's Kids'…well, really that's the only one, but we still get a kick out if it. Anyways, our name has nothing to do with Eddie Vedder. It doesn't really have a true 'meaning', but we'll say it has more to do with Sarah Palin, than it does ol' “Even Flow”. Besides, what's in a name? Shouldn't they just sound cool and leave the semantics to the lyrics?

You all have a lot of 90s alternative leaning elements of your song structure, noise chords and more. Tell us what the Vetter Kids approach is to the loud-quiet-loud sensibility that you all bury with blankets of blessed squall and heavenly noise.

M: We are all 90's kids. So it definitely slips in. Growing up on Pinkerton, In Utero and Four Minute Mile is no joke, but at the end of the day we are just desperately trying to make ourselves smile. Not to get all zen and shit!

How do you all write and rehearse through your songs? Jam seshes? Rough draft collaborative notes?

M: Writing, rehearsal, all that stuff is probably the most fun we have as a unit, I think our friendship and closeness is way more important than any one jam we crank out. So, we usually just get really fucked up on caffeine, jokes, some Jagged Little Pill (unapologetically and abso-fucking-lutely un-ironically. have you listened to that record in a while? It…fuck man…it is really great) coupled with Randy Travis's greatest hits, go to the rehearsal space, max everything out, and it kinda just does what it does. Vetter Kids shit.

Give us all the vitality and goods behind the recording of, “Vital Kids”.

M: The recording was about as easy and fun as it gets. Our really good friend Chris Etheredge recorded “Vital Kids” as well as our soon to be released EP. He was great, giving us a lot of lee way which was appreciated; we even got him and his kids to play 'rock paper scissors' with us which you can hear as the intro to the track. It was a special deal for all of us I think, we all left the studio feeling so excited and…vital?

Texas Is Funny Records is dropping your three way split this month with Glish & Young, and Savage, thoughts on the release? Relationship with labelmates? Tours in the works?

This is probably the coolest release any of us have been a part of. We feel so humbled by the Glish and Young///Savage songs, which are just incredible. It is an absolute honor to be a part of this deal. Not to mention, both of them carry some of the most genuine and talented people we have ever met. Really grateful to be able to call them friends. We are doing a few dates with Glish and Y///S at the end of February in Texas and Louisiana to celebrate the release, as well as some outings in March and April, but we will be out on tour in force, hopefully on our EP this summer.

The Glish, Young /// Savage, Vetter Kids Split 7″ will be available March 4 from Texas is Funny Records.