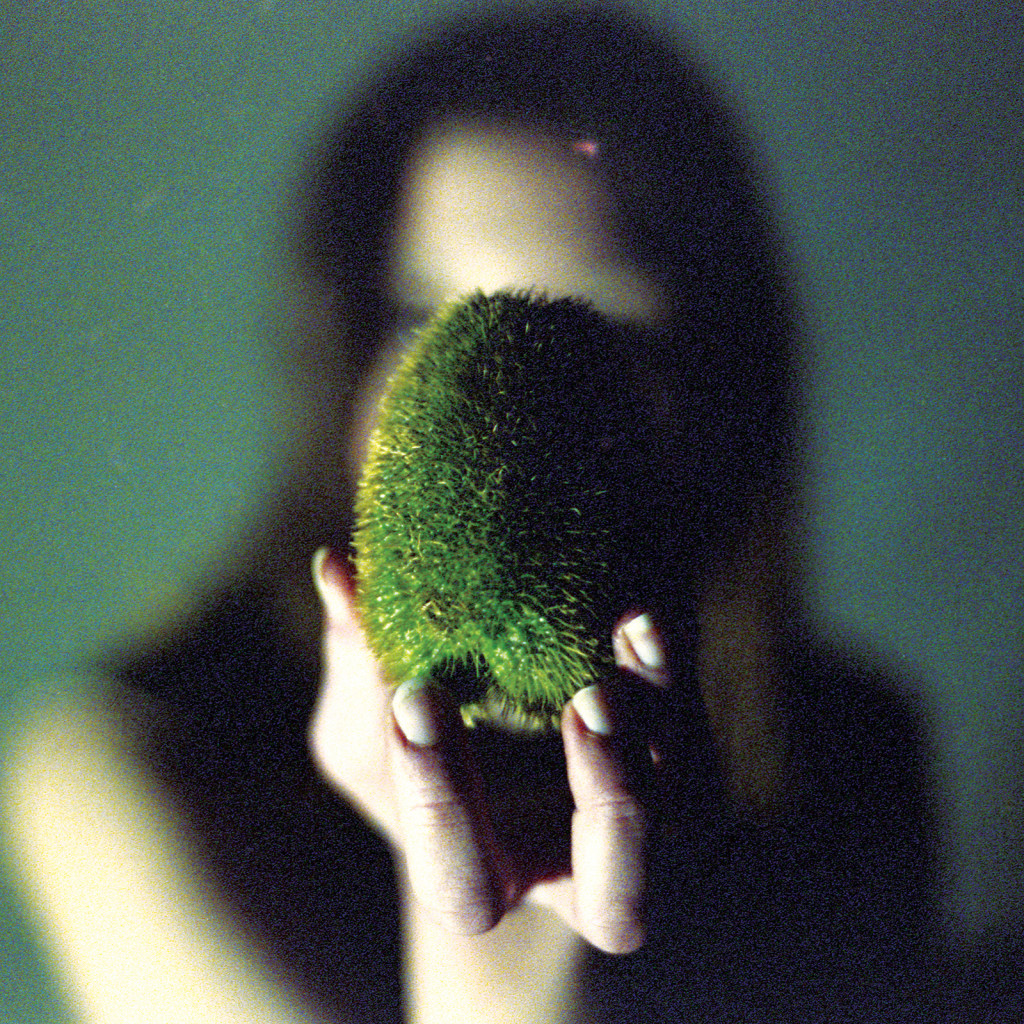 “If the truth sets you free, I’d rather be living in my dreams,” sang Haley Fohr in her deep, stretched-out voice on “Lithonia”, the first song from 2013’s excellent Overdue.  Since 2008, Fohr has been writing and releasing songs under the moniker Circuit des Yeux, channeling such introspection and darkness into releases for experimental labels like DeStijl, Dull Knife, and Night Tapes. But on her forthcoming record, her first on Thrill Jockey,  Fohr is looking outward and upward.  “I can’t afford solitude at this point in my life,” Fohr says.

In Plain Speech, out May 19, is her most collaborative and realized work yet. The band name Circuit des Yeux refers to “the nerve in the eye that supplies power to the act of seeing,” Fohr has written, and on this record she is looking at the world around her in a big-picture way. “I think it is important to question authority, society, the way things are, and ask why they can’t be different,” Fohr says. “My generation (millennials) was raised on this short term, goal oriented mind set where everything is disposable and easily replaced. Nothing is sacred in 2015. And I mean absolutely nothing. That is interesting on many levels, but there are consequences that we are just beginning to see.”

Surrounding the album announcement, we discussed the ideas that informed In Plain Words, embracing collaboration, and more. That’s the album’s cover above, and the album trailer below, both by Julia Dratel.

Can you start by telling me about the record’s title – In Plain Speech. How does it speak to this collection of songs?

This record is a bright light, an opening of conversation, and acts as a mirror, reflecting life in America today. For the first time I’ve written a collection of songs that are directed outwards, rather than inwards. In many ways, In Plain Speech is an offering. It is a much more collaborative record. It reads as my strongest album, I think. It is not a Spotify record, or a record with singles, it works as an arc, and is most functional when listened to start to finish. I also think it is my most exploratory record, and because of this I must say that I feel extremely vulnerable presenting it to the world.

I don’t think moving away from a more solitary sound was a choice. It was more of a reality. I can’t afford solitude at this point in my life. While writing Overdue I was living alone in a new city. I was able to build my own studio, and had the ability to take as long as I wanted writing & recording. While writing In Plain Speech I was on the road in between tracks. There was a lot of off and on, start and stop, as well as a deadline. Between being surrounded by people on the road, and living with 6 people in a house, I realized that the only way to be was open and inviting to the inevitable effect this would have on my sound. I decided to treat this environment as a collaboration rather than an obstacle.

You’ve said that ‘companionship and solidarity’ are themes running through this record. What about those concepts is inspiring to you at this point in your life? Where do you see those ideas surface most clearly on these songs?

Perhaps this is my coming of age record? I’m not really certain, but it’s possible. This record was a huge challenge for me to complete. At its core it was me, confronting the issues at large within the world. America especially is going through something unique, dark, and confusing at this time. I felt a huge responsibility to address these issues as a member of society and to give something back. Being a musician can quickly become very narcissistic. I’ve spent an entire year of my life on stage, physically elevated above people with shining lights on me. It was uncomfortable. That put me in a psychological mindset where I was pondering questions in which many of my companions told me artists “aren’t supposed to think.” I wondered why I am doing this, who it is behooving. What’s the point of it all?

I’ve thought about life, about our societal culture, and where an artist lies within it. At the end of the day I’ve realized I am happy that I’m an explorer, and that at my fundamental core I am an experimentalist. I feel more motherly and womanly now than I have ever felt. I feel like I am nothing more than a piece of matter that is a part of a greater mass. Proverbially, this record is me putting out my hand and asking the world to grab onto it. Each song is a reflection of these thoughts, and an attempt to give back. “Doing the Dishes” is a message to believe in yourself. “Ride Blind” is a warning and reminder. “Dream of TV” is a tainted modern dream. “Fantasize The Scene” is about an instant connection that only happens once but lasts forever. “A Story of This World” is a call to realign our system of values. “In The Late Afternoon” is a lullaby to anyone who has become motionless in this life.

I’m curious to learn more about the song “A Story of this World” which seems kind of like a song that speaks to the record as a whole in ways.

This song is a story of near-sightedness, and its lead to a great demise. The lyrics are an appropriation of an old English proverb. It was the first song I wrote for the record. I think it is important to question authority, society, the way things are, and ask why they can’t be different. My generation (millennials) was raised on this short term, goal oriented mind set where everything is disposable and easily replaced. Nothing is sacred in 2015. And I mean absolutely nothing. That is interesting on many levels, but there are consequences that we are just beginning to see.

When you think about the four records you’ve made so far, what are some common threads running through all of them?

I think sonically I have shown loyalty to the drone. Someone once told me, “Drone music was invented for us to endure the city.” I feel that deep within me. I feel no allegiance towards the traditional song form. While sometimes I think that is the appropriate context for a message, I have found myself turning towards more long form pieces. I think that shift is apparent on In Plain Speech. I think this album is an obvious step in maturation. It is the most “composed” record of my career. It’s the most collaborative record as well. This records went through four engineers, three studios, and many friends featured on these tracks. It really pushed me to speak out, be a coordinator, be a composer, and say “I want this.” And more importantly “No, I don’t want that.”

Emotionally, each record has been a representation of growth. I focused on the inner for a long time. Emotions come in waves. I have managed to reach dark depths in the undertow of life. I explored and found some intoxicating sounds and emotions through my last 3 records. But after 8 years of Circuit des Yeux, I’m ready to explore the highest of highs. While In Plain Speech might not be the most uplifting music the world has heard, I think it marks an artist understanding herself, no longer blinded by her own inner turmoil. I’m seeing the sun for the first time, and wanting the rest of the world to feel its warmth and see what I see.