AIDS Wolf to tour as trio 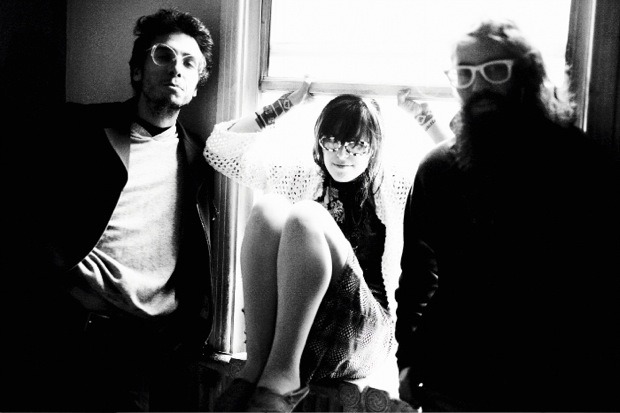 Almost a year after shedding a member, the polyrhythmic clamor-machine AIDS Wolf are proving to be no less prolific. The band is kicking off the release of two new albums with a slew of North American dates beginning September 15.

For those still lamenting AIDS Wolf's iteration as a trio, March to the Sea was recorded with departed guitarist Myles Broscoe in Montreal as the last monument to the band's sound as a quartet. “Teaching to Suffer”, a single off March, is awash with rib-shattering snare, rippling guitars and Chloe Lum's hallmark siren.

In addition to March to the Sea, the band will also release a trove of remixes of their rendition of Throbbing Gristle's Very Friendly, featuring tracks by John Olson, Nautical Almanac, Weasel Walter, Jason Forrest and Emeralds. Both albums are slated to drop this fall.