Ryan Schreiber turns his Google reader into a website 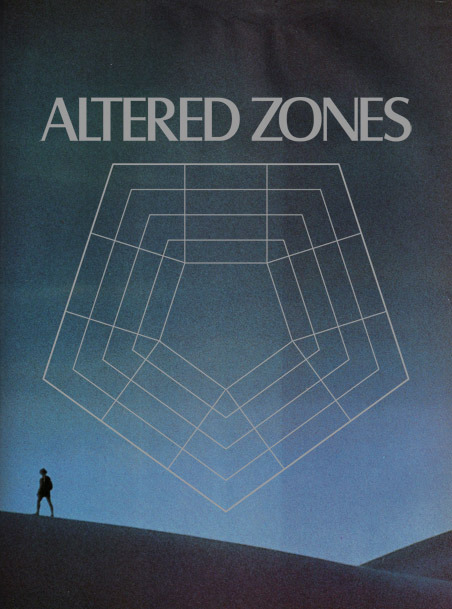 We're not sure if we should be happy that Pitchfork is back in the independent music game or bummed about what it means for the rules of said game.

But one thing is for certain: They have great taste in blogs to aggregate. Even if the format and feature ideas sound really familiar. Here is the stellar list of blogs they've chosen to
work with for their new Altered Zones blog collective.

20 Jazz Funk Greats is a
collective that functions as one brain overrun with a passion for Arthur
Machen dreamscapes, epic cosmic structures, terrible punctuation, avant
pop experimentation, the gospel according to Yuzna, and themes and
sounds from the semi-inverted pyramid of phantasmagorian synergies.

In the shadow of their Comfort
Zone, McGregor and Chaakles of Chocolate Bobka burn sage
bundles while sipping Stewart's Key Lime soda. The air is palpable. This
aura is often carried over to other mediums, including wwws, .flvs,
print publications, cassette duplications, and radio wave
retransmissions.

Defining the music blog collective Delicious Scopitone is like
explaining why one prefers red to blue. More than anticipating
tomorrow's stars or trends, our mission is to find and share one artist a
day that means something to us. We share our personal taste with our
readers, with the aim of supporting artists who aren't famous enough–
or not famous at all.

Don't
Die Wondering is a London-based music blog, monthly club night, and
periodic compiler of compilations. Written and maintained by Noam Klar,
it was started by various contributors in April 2009. Despite settling
into a loose, associative, stream-of-conscious aesthetic over time, its
main objective has remained constant: to provide a platform for new
music that is emotive, exciting, and beautiful– or that at least makes
you scratch your head a bit.

Get Off The Coast is
the mothership for Jheri Evans, a Wilmington, North Carolina-based
music blogger and collage artist. Days spent in a daze, he enjoys
telling people about new music that excites him, privileging feelings
and images over technical terms.

Gorilla vs. Bear is a
Texas-based music blog, founded in March of 2005. In addition to
blogging, GvB also hosts a weekly show on Sirius XMU Radio and regularly
presents shows in Dallas, Austin, and beyond. GvB enjoys dogs/cats, NBA
basketball, antiquated photographic techniques, and '90s hip-hop. Its
heroes are Larry David and Ron Artest.

Raven Sings the
Blues is a Queens/Brooklyn-based blog that has been posting a heavy
rotation of noise, psych, left-field electronic, garage, and lost
classics since 2006. Written and maintained by Andy French, it has also
produced a series of free download compilations featuring music by Moon
Duo, Woven Bones, Sic Alps, Sun Araw, Blues Control, and more.

The Road Goes Ever On
is Cameron Book, an astrophysics student based in Atlanta, Georgia. He
occasionally writes from his hometown of Bear Gap, Pennsylvania, though
the lack of internet access there can be debilitating. Heavily
influenced by the works of J.R.R. Tolkien, Cameron likes calling our
attention to the most minute of details, both in Middle-Earth and in the
music he writes about.

Founded by Jack Shankly and Sahil Varma in 2005 as a DIY printed
fanzine, London-based Transparent
has since morphed into a blog and limited vinyl record label dedicated
to unearthing, championing, and releasing weird, brave, perfect, and
heartbreaking pop music. In addition to spending hours trawling Flickr
for cool photos, they put on regular shows with their favourite bands.

Based out of Brooklyn and LA, Visitation
Rites is a music and video blog dedicated to tracking emerging
forms of 21st century psychedelia and understanding them in light of
their historical moment. Its founder, Emilie Friedlander, co-hosts
Newtown Radio’s Underwater Visitations series, a freeform collaboration
with Underwater Peoples concerned with the intersection of independent
music, DIY culture, and digital technology.

Weekly Tape Deck are two
tall, Texan blogsmiths (Nate S. and R. Ellis) aimlessly wandering the
streets between Dallas and Denton in search of their next audiophile
fix. When they're not out scouring for tunes they enjoy long walks on
the beach, the Dallas Cowboys and a wide variety of tacos.

Yours Truly's mission is to discover
and document, celebrate and interrogate, capture and catapult the
singers, screamers, writers, and rhymers whose craft demands our
affection.