Zola Jesus to tour with The XX 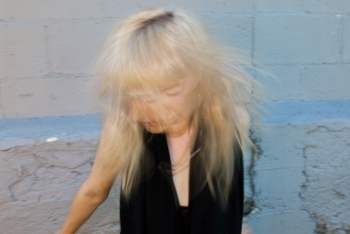 It seems like only yesterday we were introducing Zola Jesus to Harmony Korine in an Austin taquería. Now she's about to hit the big stage with a fall tour alongside The XX.

Darkwave meets minimalist new wave sounds like a match made in wave heaven. Zola's epic ballads will soar now that she's performing with a four piece, including a live drummer. The XX invite won't begin until September 22, giving us all plenty of summer tour spots to jump on the Zola bandwagon before the name rings among the stars. The XX is the hype-of-the-moment tour friend, but Zola's summer dates are equally headline worthy as she shares the bill with Wolf Parade, Bear In Heaven and Fever Ray – melted vanilla face meets drippy black tar face!

Zola Jesus is releasing a yet-to-be titled EP on Sacred Bones on October 12. She will have copies available at her The XX dates. The EP contain the three European bonus tracks
from Stridulum II, and two previously unreleased tracks that
will be recorded in New York City next month.