Surfing the Rally to Restore Sanity 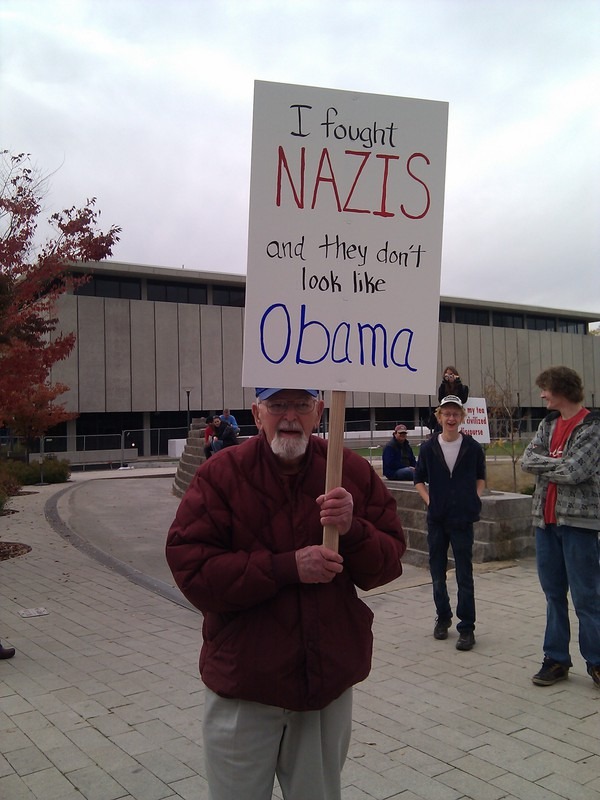 We were at the Rally. You were not. You had a much better view. I would also assume that your experience was free of close encounters with other people's vomit. This guy:

There was an obvious kinetic energy tied to being mashed together with a quarter million fans of Jon Stewart. There was also equal parts claustrophobia and an overriding sense that within the spectrum of fellow left-to-middling political gawkers, we were standing among those who:

– Did file blindly into what would be the cheap seats

– Apparently pre-gamed with the intention of being utterly annihilated by the start of the mid-day gathering (Not us, our neighbors, though, why not us?).

We had a great view of some of the signs. Of people's heads. Of what happens when you expect half as many attendees as ultimately showed up. And, most amusing, of (mainly) guys putting Darwin's theory in action through their efforts to climb centuries-old trees wider than their own arm spans, mounting ten foot lamp posts, and crowding the ambulances ostensibly present in order to escort the Fails among us. We saw this process end badly at least once (this YouTube moment was merely comedic, whereas the ten foot plunge was scary):

As anyone who watched the thing knows, the three hour process was a practice in tolerating demographically ambiguous guest slots (were we as a crowd sane or insane for failing to riot during Kid Rock and Cheryl Crow's 15 minute onstage practice sesh? Why did they get more time than Ozzy Osbourne, Yusuf Islam (Cat Stevens), and the O'Jays combined?)

The skits and spots, some that would've made it onto an average Daily Show, some that might not, were preamble to the last ten minutes of the afternoon, during which Stewart stepped from comic to eloquent Anti-Pundit, throwing terms like “theocrats” into the meme machine, coining grandiose Churchillian catch-phrases (“hard times, not end times”), big words (“animus”), no good jokes in sight.

Sincerely executed, for sure. Righteous, too.

Though Stewart and Colbert do parse the inanity of the cable news cycle, their satire feeds off the same absurdity Stewart righteously lambasted. When you peel the wry humor from the mission, you're left with Stewart appealing to his choir to recognize what they already know about Comedy Central's one-hour-a-day news network: it recycles the 24-hour networks and shows why they are dumb.

Side amusement: I am pleased that PBS can take an energized national event and transform it into something that might follow Tavis Smiley: