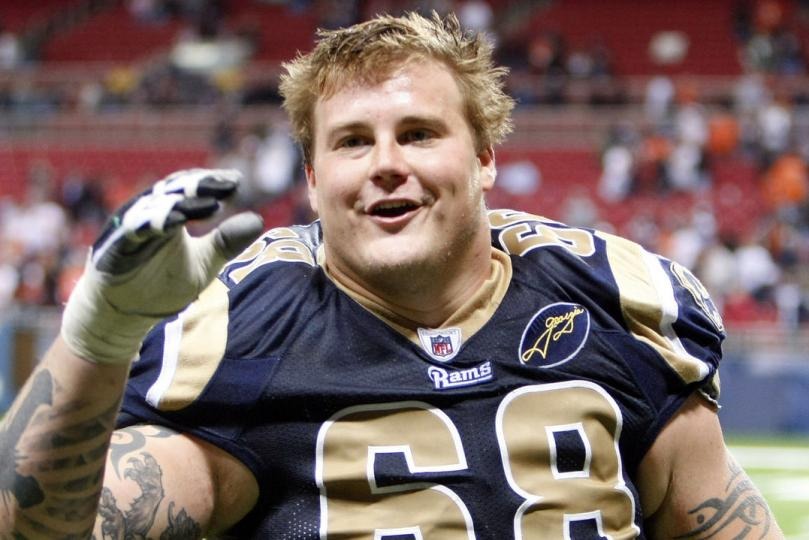 There's a rush to crown each year as an amazing year in sports, where something happened that will surely never ever be repeated. But come on, really it was just another year. Teams won, others lost. A bunch of players made a bunch of money, while a bunch of owners probably made more. Coaches were fired, others were hired. You get the idea. But in the middle of all the normal sports menutiae, there were some truly awesome things. The NCAA is finally feeling the fire–though it's more a matchstick than an inferno. Likewise, there is a slow shift in our opinion of the NFL, and the support for gay athletes has never been better. Here, then, is our favorite moments from the year in sports:

1. The Crumbling of the NCAA

Here's a fun story: Andrew Basham, a senior at Lynwood High School, wants to play football for the University of Washington. The coaches at UW want Basham to play. The problem is Basham is struggling academically. UW Assistant Coach Tosh Lupio decided to take it upon himself to help Basham and his family pay for tutoring so he could improve his test scores. Now mind you, this isn't a matter of having someone else take the test for Basham, there is no cheating involved—á la those old charges surrounding Derrick Rose and Memphis—this is strictly a kid realizing he needs to improve his academic standing in order to get into college and thus signing up for tutoring. He's the one putting in the work in the classroom; he's the one taking the tests. But because he's getting financial help from someone outside his family, the NCAA is going to investigate this seedy operation and would rather deny him a chance at a higher education—the kind they trumpet ever year during tournament time (“There are over 400,000 NCAA student-athletes, and most of us will go pro in something other than sports,” says the commercial)—than actually engage with reality and look at the effects of their idiotically unwavering position on amateur athletics. One would think President Emmert could see the difference between paying to help a kid learn versus handing him the keys to a new Benz.

This, obviously, is just one story. One asinine story. Next week there will be another story. 2013 saw countless instances of the NCAA exploiting young men and women, handing out fake apologies, and enforcing its rules in a way that can only makes sense to them. This year, we saw Johnny Football get suspended for a half a game where, despite the fact that he shouldn't have been suspended in the first place, a darker-skinned, less monetized athlete was suspended for nearly a whole season several years ago for a much smaller infraction. This year we also saw a college wrestler forced to choose between a scholarship or his part-time inspirational singing hobby because as we all know by now, once you sign that letter you forfeit all ownership of your likeness until you leave school.

The biggest story surrounding the NCAA, though, is and will be for a few years at least the Ed O'Bannon-led lawsuit against the NCAA for profiting off the likenesses of amateur athletes. There were several big hits against the NCAA this year that are reason to celebrate. One, ESPN's resident trap lord, Jay Bilas, calling out the NCAA for it's shitty and not too clandestine workaround of selling “numbers” not “players” when it comes to shirts and jerseys. Second, the NCAA backed out of next year's EA Sports football game, and now EA has backed out completely so that there will be no college football game from them in 2014. These events will hopefully provide momentum for O’Bannon and the rest of the amateur athletes as the court case continues.

The NCAA has long been a horrible, impenetrable, racist institution, but this was the year that the average Joe finally started to realize the depths of its ugliness.

2. The Slower Crumbling of the NFL

Keeping the theme of huge, mafia-like institutions ruining the lives of young, predominately black men going, 2013 was a great year for the NFL.

In August, the NFL and thousands of former players settled a concussion lawsuit to the sum of about $765 million. That's mostly good news for players, aside from the fact that it's been four months and money hasn't changed hands and even if and when the players do get their money, it's really not going to be so much. What else happened? PBS put out their startling documentary, “League of Denial”, about concussions, brain injury, and the overall horrible effects football has on the human body, which saw ESPN as a partner until Roger Goodell and company kindly asked them to back out.

Football, as we enjoy it now, is not particularly good for the body, but it's going to take awhile before real change is implemented. As evidence, there was the much-celebrated slide of Matt Flynn this past week. Lawrence Timmons spears headfirst at a sliding Flynn. It's inches between the two players, and you can make an argument that Timmons is leading with his shoulder, but the point remains that in the rush of a play where instincts take over, fining and penalizing really can only do so much. (And studies have proven it’s not even these kind of hits that are most alarming, rather the “normal” hard to identify hits a player naturally accrues the course of the game.)

Change might slowly be coming though. Discussing football back in the heartland with older family members, the conversation is slowly shifting from the false nostalgic dick wagging of “back in my day, helmets were an afterthought, and you led with your head, and when your opponent didn't get up you patted your teammate on the butt” to “damn, it is a shame to see my childhood heroes rendered to a near catatonic state in their mid 50s.”

Also, people are starting to question the legitimacy of the NFL's tax-exempt status. Coal all around, Mr. Goodell.

Before this year, there were no active male professional athletes in any of the five major North American sports leagues that identified themselves as anything other than heterosexual. In February, U.S. soccer player, Robbie Rogers announced that he was gay, and several months later NBA player, Jason Collins made the same announcement. It was a great moment, and fuels the hope that soon we will not need multiple page spreads in major magazines to announce the sexual orientation of our athletes. But, of course, as long as certain states continue their horrible discrimination toward non-heterosexual citizens and pockets of our population conflate being gay with an inability to be athletic, we will need our Robbie Rogers's and Jason Collins's to make their proclamations as loudly as they can. Now if Collins can only get a job again…

Sports are always about the bottom line. Can you win? Which leads to some really ridiculous arguments. For example, that we could entertain a debate about which Manning brother is the better quarterback. Eli's calling card has been that he led his team to two Super Bowl victories, while Peyton has won only one and is seen as a regular season hall of famer, but a post-season dud. There are a thousand reasons why one team wins and another loses, and we're not really interested in delving into a post-season comparison between the Manning brothers. The point is, Peyton is amazing.

Everyone knows the story of his injury. After being the face of the Indianapolis Colts for 14 seasons, Manning was faced with four neck surgeries and was sent to the Denver Broncos with no one really sure of what his abilities would be. Last year he was his phenomenal self. This season, he has or is on pace to break a handful of quarterback records. This, in his 16th season. He has just broken Tom Brady's mark for most touchdowns in a season (51), and this Sunday could see him break the single season yardage record while his team could very well break New England's scoring record of 589 points.

Football is a horrible sport and the NFL as an organization sucks, but damn it is pretty awesome to see a 37 year-old come back from a terrifying injury to put on one of the most impressive quarterback performances ever.

Look, it's not Tom Brady's fault. He has to be the heel. He's beautiful, he's wildly successful, he plays for the dark lord of the AFC, and he's married to a supermodel. Would our childish hatred of the man be less so if Peyton Manning wasn't in the league? Probably. But Peyton is. And he is dorky and less attractive, so we have to project an earnestness onto him while we project an entitled attitude onto Brady. Which, of course, makes his failed attempts at high fives so satisfying. We need this. Thank you, Tom.

The n-word has a long, storied tradition in American culture. Most of it is ugly. And because of its ugly history, current society dictates that, much to the frustration of our Richie Incognito's, only a person of color can use the n-word. Sometimes white people accidentally say it. Sometimes it's in conversation and it's a chunky white guy thinking he has a pass from his friends of color, and sometimes that white guy gets a little carried away and continues using it during the course of threatening voicemails. Other times, white guys will say it when they can't get what they want. 2013 was a great year for dumb, white folks using the n-word inappopriately (for those of you keeping score at home, anytime a white person uses it's probably inappropriate). Here's to another year of dumb “How come they can say it however they want, but…” arguments.

Jim Ross was a fantastic professional wrestling announcer. He of big hats and bigger gullets. This past March, however, HombreSeniorPlz of Youtube.com took one memorable call from Jim Ross and dubbed it over DeAndre Jordan's annihilation of Brandon Knight. Thus began the year of Jim Ross calling famous moments in sports. It was amazing. Thankfully, Deadspin is on top it and has cataloged quite a collection of events from the past year.

Aside from gorging on strawberries and cream, one of my favorite Wimbledon traditions is watching the British on Henman Hill rise and fall as their dreams of watching a native son hoist the trophy are quelled year after year. But, after a 77-year wait, Andy Murray finally returned the Wimbledon title to its host country. Despite the rude tradition the Brits have of telling Andy he's British when he wins and Scottish when he loses, it was a pretty awesome moment.

At an age when most people are settling down for a nice retirement, Diana became the first person ever to swim from Cuba to Florida without a protective cage. After four previous failed attempts, and a route full of choppy waters, sharks, and jellyfish, the 64-year-old made the 110-mile swim in just under 53 hours. It's not a feat easily transposed to a morning edition of SportsCenter's Top 10, but it's mind-blowing all the same.

Whatever your stance on doping and performance enhancing drugs may be, Lance Armstrong is most likely a gnarly megalomaniac, and though that Oprah Winfrey “tell-all” was a nice puff piece, it was still really fun and awkward.

PrevPreviousZ-Bo's holiday game is better than yours
NextJ. R. Smith Completes the Knick-est Play of the SeasonNext