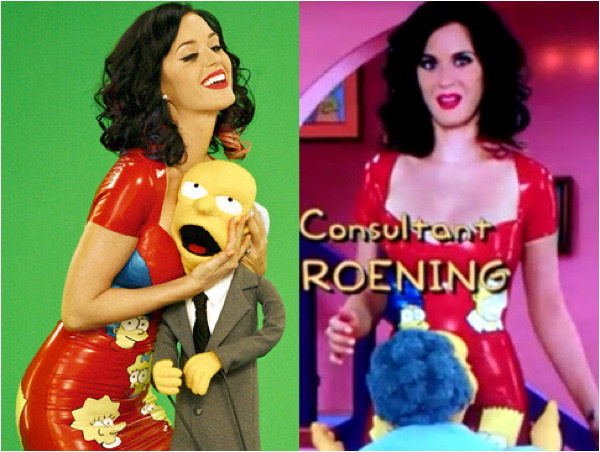 Here you
will find a year in review that will decidedly not be gushing over Crystal
Castles, the Bieb, The National, Arcade Fires, whatever is so damn special
about Yeasayer, or falling over myself with superlatives about why Beach House
was the safest release of the year. When I start to really think about the
year’s State of the Pop Union, I retreat toward the taste makers who have
illuminated the rocky path of what might have been a slippery year in popular
music. Join me as we here at Goldmine Sacks reflect on the movers and the shakers
and recap the Year in Pop.

Cloud Nothings’ album Turning On successfully fails to
offend and thoroughly entertains. I get the feeling these guys are to Wavves
what Princeton is to those Vampire Weekend Ivy League bros. Regardless of trite
tractates of meaningless correlations, Cloud Nothings is doing the rock thang
right. The story goes that Dylan Baldi gave college the ol’ heave ho in
exchange for a gig with Woods and almost makes a case for the virtues of
dropping out and turning onto some great fuzzy sounds in the process.

Just
heard that Dance Player’s first WZRD MNTN tape-only release U Think Dance
Player Is Not on the Scene? recently got re-released on compact disc. In his
graduation to the CD format, Dance Player’s second album Pleasuremint
is a whirling display of slick Casio keyboard soul with an equal affinity for
Link Wray guitar samples. This is heard in the stoned, lusty-deadpan delivery
over the licks of Mr. Guitar himself on “Link Wrayzer.” He also features
psyched out banjo blues with an almost bluegrass sensibility on the aptly
titled, “Blow My Mind.”

Further
proof that folks educated by Haight street record shops yield big results. Some
impressive things are happening here.While Play It Strange is molded
together by its influences (and genuine song craftsmanship), it never sounds
pointlessly anchored in tired nostalgia. Rather, the band plays with a cadence
that “The Surfer Blood” has attempted to capitalize; thankfully F&O do so
with skill and taste.

Probably
one of the year’s best releases brought to you by the good people of Stones
Throw Records. Guilty Simpson and Madlib forge an album that has a little something
to entertain everyone. This duo doesn't skimp out on public service announcements,
fired up preachers, stand-up routines, lover’s quarrels, street fights. The
comedic element spills out of the interludes into the tracks, and with all the
intertwined segments of Madlib master strokes, the collaboration builds a
classic mobster story more bad ass than a trial-of-the-century acquittal. This
is a bigger and pimper battle to take back the name; a killer duo with the
dubious yet ominous title of O.J. Simpson

The
Mantles self-titled album was my soundtrack to early 2010 and the vehicle that
that won them over as local favorites here in the Bay. Reports on their follow
up are coming in and I’d be tempted to share the details if this had not been a
year in review.

The
Royal Baths’ Litanies was a great
Woodsist release; equally impressive was the group's live show. When I saw them at the Hemlock,
they brought the dance floor to a halt with an extra drone-y set that would
have caused Jason Spaceman to relapse. Dig what they have going on, their
sometimes jangly style was thrown under the bus here in favor of their big,
throbbing grind-chords of doom like on the macabre “Black Sheep” and
“Drudgery.”

Sonny
and the Sunsets

Sonny
and the Sunsets debut album Tomorrow Is Alright is way more than
alright. Sonny Smith’s debut echoes that well-worn San Francisco sound of now
with that barely-trying-but-still sounding-classic-and-chill effortless effort.
Smith has been lucky enough to have as his Sunsets various members of Thee Oh
Sees, Tahlia Harbour of Citay and The Dry Spells, Shayde Sartin and Tim Cohen
of the Fresh & Onlys, Ryan Browne, and the amazing producer and solo artist
in his own right, the incredible Kelley Stoltz. It has that Ocean Beach feel
where you’ve spent the day getting sunburned, an afternoon crush, get denied,
pass out, wake up in time for the campfire gathering before the park rangers
douse the fire and then you're left to stumble in search of a 71 MUNI back to
downtown.

Their
second album Get Wet! shows the Bay
Area ensemble in fine form with a manifesto of rhythmic proportions. Tracks
such as “Feels Like Fire” features a nightclub player's lament,
“I had a system but it don't work on you / got me rethinking my plans /
make me question what I am, am, am, am.” “Bodyaches” drips with
dance floor perspiration along with lovesick memories, “I can remember the
taste of your sweat / I can remember the nights that we spent / I can still
hear all the sounds that you made / I don't know how much more I can
take.” From their humble Pacific Grove, California beginnings as a glammy,
nitty-gritty Exile on Main Street-Stones-Fun House-Stooges
garage act Dura-Delinquent, followed by their funk foundations
as Connexion, Sugar & Gold carry on with their own sexed-up brand of
electro-dance that only gets louder with time.

Alright.
Sure these whatever-wavers might be talentless and their live performances abysmal, the year long
wait for the not really anticipated debut King
Knight has us all cringing in some strange manner of fascination. On
bizzaro offerings such as “Trapdoor”
you hear Jack Donoghue do this Andy Samberg “Shy Ronnie” style of mumbled sort
of rapping about I’m not really sure I want to know. What relevance will Salem
find in 2011? We shall hear how their erratic keyboards carry over along with
their ill fated “rape gaze” blog tag.

Happy to
hear that Ty Segal’s recent album Melted
was well received by the music intelligentsia. This is probably his first album
to capture the energy and attitude that makes his live sets so darn
entertaining.

On White
Fence’s self-titled album, Presley’s
sound switches to sparse, murky 90s “alternative” demos. Both “Hard Finish on
Mirror Mile” and “A Need You” sounds like they have radio friendly, squeaky
clean and mastered pop counterparts. Not to say the songs don’t stand on their
own, but lend a fabricated legacy to a band that would want to alternate
between existing in mid 60s or mid 90s cultures of cool. Even the weird and
rough qualities of the recordings are harnessed and utilized to enhance the
work, such as the chopped up microphone feedback mixed between the whirl of
chimes and glassy eyed guitar on “Sick Doctor Blues.” “Be Right Too” has a lazy
Richard Ashcroft attitude that makes for some of the better Brit pop revision
this listener has heard in quite some time.

For further
comment on this year’s offerings I will refer you to the 5 reflections on 2010
provided by Goldmine Sacks’ A&R department, Silvermine Bagzzz.

The Silvermine
Bagzzz 2010 in Pop Buzz:

Before a
planned headlining gig at SXSW, Mr. Chilton passed away. Power pop sympathizers
globally devastate and with fellow founding member Chris Bell also deceased it
makes a Big Star reunion less likely if not impossible. Katy Perry then pounds
a few nails in the coffin with an alleged
tribute to Chilton’s sub-genre defining “September Gurls” by trading
the conventional spelling of “girls” for “gurls” for the unfortunate and
omnipresent “California Girls.” Rolling in his grave, for sure.

You know
that warehouse in Wayne’se World where Wayne speaks to Cassandra Catonese? Well,
the GW record release show went down like that. There was costumes, movies made
by band members and friends who came with DIY homemade music videos. There was
a 3 piece ensemble that played along to several songs from Past Time and also a 20+ lady chorus that came on stage by sliding
down a pole from a catwalk above. Amazing, also Past Time is a total jammer.

And it’s
not that bad, depending on your mood and whether or not you can get past the weird
market research gimmick premise. For a band celebrating 35+ years of
existence it’s nice to know there’s something still there and with new
futuristic power domes and uniformes no less. Not that Mr. Mothersbaugh, Casale
and Bob haven’t been busy scoring movies,
Rugrats themes, commercials and speaking of commercials, the record does kinda
sound like a commercial produced for Target.

While on
this topic of commercialization, media and Target, how about their new indie LP-length commercial? We must realize that commercials are one of the few ways for
a musician to make a buck, it’s just infuriating when douchebags like
Nathan from Wavves and bedroom surf rock poet laureate Bethany get a real nice
paycheck for another stellar contribution to the canon of music.

The Simpsons
got muppetized, colliding cell animation to the analogous Jim Henson mode of vintage
popular puppetry. Katy Perry plays Moe’s girlfriend who dwarfs him
significantly and at the end of an extensive “39 Days of Christmas” Moe’s
attempts to kiss her belly button, but falls short. Moe kissed her vag and she
liked it. Going in to 2011, we must reflect on Katy Perry's sexual preference for puppets and ponder if it's time to include a stylized slang word for a puppet fetish for the next decade of the 2000s. The damn opportunist sadomasochists got to S&M first, otherwise “Sex & Muppets” would have been an easy sell. We're going with Elmo Ticklers, with felt lickers in a close second, while Nookie Monsters is applicable for puppets with human fetishes.