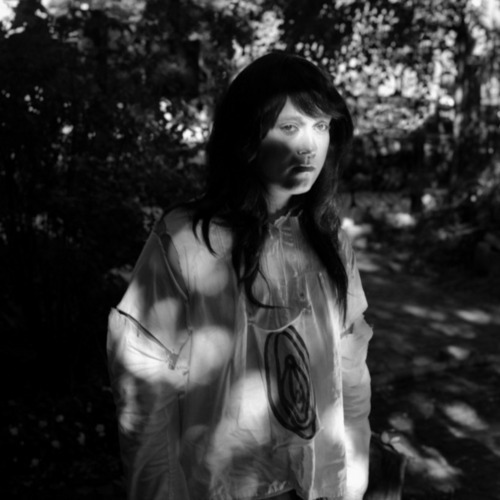 Antony’s latest album, The Crying Light, has been well received. His shows are romantic as hell, and people are happy to shell out to see them. His voice fits equally well in romantic ballads or electro-disco tracks. But he also drops some pretty fascinating one-liners. You might not think of Mariah Carey’s songs as tissue paper, nor would you necessarily assume that concerts are places to come into alignment with your destiny, but dammit, he does. He’s genuine, he’s kind, and he has a bit of an edge (see: “I’m well documented as liking Beyonce [comma dumbass]”).

We sat down with him to talk about his recent tour and his plans for the coming year.

You’ve mentioned that The Crying Light was about your relationship with nature and the natural world. Are there any themes that you hope to explore in future albums?

There’s a project that I’m working on; I skipped over this one body of songs in order to get to the songs on The Crying Light, but there was a group before this that I probably will one day record, and it’s a group of songs about America.

Something about the sadness of America, the brokenness; something about the paradox of America, that it can be a frontier of hope, and yet it was built on the blood of the people that were here before. There’s a cruelty and there’s a hope, and yet an innocence to the people. It’s just something that I’ve explored in my writing, and I wrote a lot of songs about it. I just haven’t recorded them yet.

You spoke about The Crying Light as an album without many other vocalists. Do you see yourself moving away from collaborations now?

I take them as they come. If a friend of mine asks me to do something with them, more often than not I’d say yes. It’s just kind of a fun experience with someone else, like dancing. And I like participating in the support of other people’s work.

You did some work with Andy Butler last year on Hercules and Love Affair’s first album. Do you have any future plans of working with him?

No. I just did that one project with him – it was more something that we did a few years ago, and then [2008] seemed like the right time for him to put it forward. Then he started working on a lot of other stuff. My role in that project was really at its beginning, but I’m not a member of that – it’s really Andy’s thing. I’m sure he’s gonna go on and work with other vocalists.

Are there any current pop vocalists whom you like?

Well I’m well documented as loving Beyonce. I covered one of her songs in my set [“Crazy in Love”]. I used to love that one Chiara [Siracusa]. Sometimes I even like Mariah Carey, but it’s a little bit more of a strange fascination. Not a pure “like”. Some of her really tinny songs that she does now – she does these really tinny, tinny pop songs – are so thin that they’re almost just like a dead leaf. They seem mournful even though they’re supposed to be sexy ditties. They’re really smoothed out, so fragile that they’re almost like little pieces of tissue paper. Some of her songs and videos are just so surreal. I watch them, but it’s not the same appreciation I have for Beyonce who I really adore. I love her singing. I love everything she does. I think she’s amazing.

If you could collaborate with her, would you?

I don’t think she even knows who I am. I don’t think that’s a possibility. She’s a big contender. We’re not in the same league. Beyonce’s a different level. She’s really, really famous. She wouldn’t want to play with someone like me anyway. I never saw her do anything with someone more left of field. She collaborates with Shakira. It’s not like she’s doing collaborations with me. You know what I mean? She’s just sort of in the hip-hop R&B world, but that’s not why I like her.

How have you felt about the tour?

I’ve enjoyed it. We’ve had a good time.

Nothing really. Just following the mood. It kind of comes out of the blue, seeing what’s going on, changing the feeling in the room, seeing if there’s something interesting to talk about. I like having fun with the audience, changing our collective thinking a little bit.

Do you remember live shows one by one? Do you have any particular occasion that sticks out in your mind?

Parts that stick in my mind are actually moments in the show, as opposed to a whole show; a moment where I just felt like I fell into alignment with the world around me, where I took a photograph with my mind, and it just sort of felt perfect to me. I’ve had those kinds of moments all my life, ever since I started doing shows.

Could you describe what one of those moments is like? Is it during a song, or just a general vibe that you get?

When it feels like there’s almost a suspended moment, where I don’t leave my body but I just feel this sense of coming into alignment with all the planets. Everything is as it should be, and it feels like everyone is in the right spatial relationship with each other, and everything just looks really beautiful. It’s like a little private moment in a funny way, a kind of moment where you feel like you’re in alignment with the world, with your destiny.

AH: I learned to sing by copying other singers, listening to records as a kid. All my favorite singers were my singing teachers.