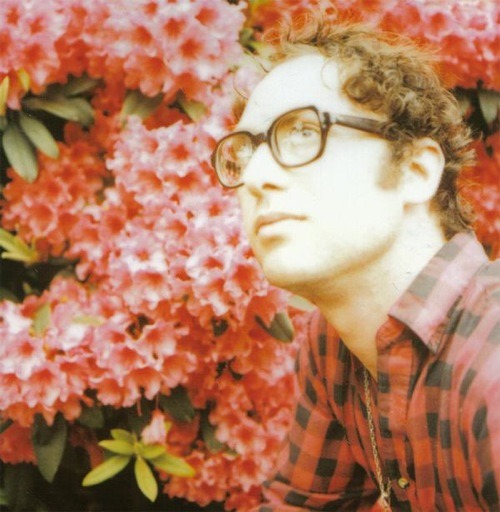 [Above: Photo by Yoni Kifle.]

As a solo musician, he operates under Tunnels (and perhaps something other than Tunnels, as that project gains velocity and finds itself performed more often in public). He's also been Jackie-O Motherfucker's guitarist for three years, and even before that, helmed the meandering psych-roots band Eternal Tapestry. We spoke with Mr. Bindeman on a cold day in January via the comforting graphical talk-bubbles of AIM.

Impose: Tunnels. Is that all you at home?

Nick Bindeman: Yeah, pretty much, I've never collab'd with anyone before, the whole project's kinda an excuse for me to not have to question anyone, myself included, and just go with my gut at all times.

Tunnels, “Set Me On Fire”

Outline the progression of your various projects.

Well, Tunnels has been going for about six years, but I only started releasing things about three years ago. Eternal Tapestry's going on four years this month and Jackie-O Motherfucker has been a little over three years.

Would you consider Tunnels to be just a name for everything you do on your own, creatively when you're alone, or is there some sort of mission/project involved where sometimes you make things that dont work as a 'Tunnels' thing.

This is my current quandary… since lately I've started playing out doing either synth explorations or this minimal synth dance stuff I've been focusing on recording. For a hot minute I thought 'Tunnels' could just encapsulate everything, but as time goes on I'm tending to think it's ripe time to create a new moniker for the dance music. In some ways I like the schizo element of it all and viewing it all as an evolving project, being whatever it is at the moment and just accepting that.

Do you make those sorts of divisions for your own ability to stay creative and focused, or is this just helping translate to us listeners what you're doing?

I would definitely say both. For me, I think it could help so that I can distinguish the two personalities of my music and go with each at different times, especially for releases. And this is where the listener figures in, since a lot of folks expect me to do things in a certain vein, which is still pertinent output of mine, but might get weirded out by an Italo dance influenced album, which is a big interest of mine regardless.

Also for releases, I would like to challenge myself by starting fresh with this new music and not have any ties to preconceived notions of what I do on my own. I really enjoy the fact that I'm embracing of my, what I kinda refer to as, musical or creative schizophrenia. I'm kind of a spazz, so I'm ok with that coming through in my total output. A big reason to create a new project is also the fact that my dance-Tunnels shit is way more of a performance, with video and me just singing over a 4-track. In Portland, there's a lot of distance between scenes that I'm interested in, such as the experimental weirdo scene, garage rock, and pop blah blah blah, so it's interesting to try to sneak into this dance pop scene which I feel I have no real relation to in some ways.

I'm really interested in understanding more about the Portland music community… You see there being a few strong groups, and those groups not having much to do with each other?

Portland's peculiar since it's a smaller city of mostly transplants, and for that reason it's really fucking hard to create a music “community” of sorts. There's so many pockets of people that aren't connected since they just moved here that all sorts of little scenes open up here and there and rarely connect. Another issue related to that is the lack of good all ages/non businessy venues. There's really just one at the moment, The Hush, that I think is cool. Tons of house shows but not too many that are willing to have touring bands.

First, you're originally from?

Silver Spring, MD, a suburb of DC. I moved to Olympia for school in 99 and to Portland in 02.

And second, in regards to house shows and The Hush, what musical tendencies seem to be most strongly represented?

That's a big reason I'm really into The Hush. They'll do anything and are into everything. It's a warehouse space above a bar downtown and they're cool with anything going on. House shows are a little bit more patchy, some pop houses, some metal houses, some noise houses, et cetera. I guess noise is a big one in Portland over the last couple years.

What kind of stuff are you thinking of?

There's shit tons of local noisicians! Some that I really dig are Budweiser Sprite, Josh Hydeman, Daniel Menche (he's slightly more big time though), but most of it I find to be total crap at this point. Don't get me wrong, I strongly support the noise scene, however, at this point I've lost a lot patience with skronk noise that seems to be totally aimless half the time. It seems to have become almost like a fad in Portland, compared to the east coast where I find noise musicians to more often be coming from a slightly more academic lean.

I read a Wire article that threw a jab at “joe noise”.

Ha! A good way to put it; too much Joe Shmoe noise!

So JOMF. How'd your involvement begin?

Pretty randomly. I met Tom [Greenwood] at a small music festival called the Accidental Fest on the coast of Oregon, and he asked if I would drum with them that nite. Following that I played a show in town on drums but then switched to guitar for the first tour we did and have stayed with that ever since.

Well, it being a fairly rotating cast of characters, it really depends. Lately Honey Owens, of Valet, has been touring with us, and will continue to this spring, and she's a Chatty Sally for sure. I can't shut my mouth at times, either. Danny Sasaki, the drummer, is permanently sleeping, so he's quiet, and Tom will have his spurts of blabbing. We're all pretty goners, gnarly folks, so we all enjoy some nasty humor most of the time.

[Above: Bindeman performing with Eternal Tapestry. Photo by George Chen.]

So where does Eternal Tapestry fit in between Tunnels and JOMF (and Italo Disco)?

Well, Eternal Tapestry is a group formed of friends, it always has been though. Through the changes, which have been many, from synth players to vocalists and bass players to the current core of my brother Jed on drums and Dewey Mahood on guitar. Me and Dewey came together through a shared love of Sonny Sharrock, Parson Sound and Les Rallizes Denudes. From there it's simply been us recording in my basement and having fun being playful and easy. It's moe strongly related to JOMF than Tunnels for sure, since my contribution to JOMF has always been psych shred guitar, and that's what I do in E-Tap as well. Some Tunnels tracks defintely have that vibe about them too, but these days the tunnels sound is way more Off, Off Broadway if ya smell my drift.

So if the live thing is heading to (the) disco, Tunnel's going deeper into ___?

Sweaty performance for sure, in comparison to past Tunnels, which is all cerebral knob twists. You might call the hole.

I think the cerebral nob twists are what I ran across on the internet. I mean related to your music. I was initially curious as to the juggling act that goes on between the three. Many musicians are inclined towards fracturing their work into different projects, and while I wouldn't say that's completely new, I do feel like I see it more often now. That, in combination with people's downer attitude on “Bands” (see: Portland noise scene?) seem to add up to something. Are you helping break up the Band?

I think things like MySpace have a big role in this inclination towards more projects and less bands. Projects can be started in an afternoon, and if you're alrady involved in other bands and projects you can have releases the next week. Which is great in a way, but I think it tends to create a more impatient musician that is less interested in the craft and more interested in output. I can't say that I'm helping break up the band though, maybe on a personal level I'm re-inventing the notion.