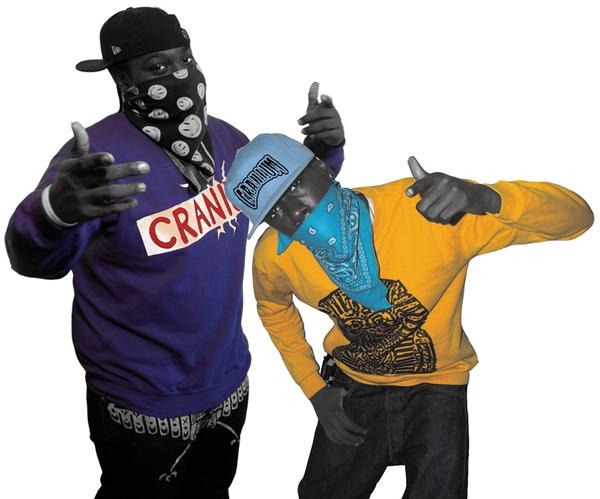 The revolution won’t be televised this summer. The revolution will be transmitted via one of America’s iconic article of clothing: that ever so infamous T-shirt. The T-shirt, from an anthropological perspective, has come to represent movements, underground cultures, various shin-digs and what ever have you. And the Tee trend is alive and well with a never-ending maze of designs by brands in the thousandths-hundreths bombarding magazines and endless internet sites, to the point that we now have styles upon styles… upon styles.

After 9/11, Gotham City (aka Manhattan) has been mired in somewhat of an ongoing trend tagged as a perennial slump. Homeland security, City-Gov’t officials, and Upper East Siders infiltrating the Village have put a damper on Manhattan’s creative edge, which leaves the next logical alternative in solving the dilemma: Brooklyn. Go east ‘My dude(s)’. Brooklyn seems like the place to be right now for living life under the radar -or off it. Once the NBA’s Nets move to Brooklyn, it will be Manhattan all over again. What's next? For now, we’ll continue running in place and enjoy this revolution. Grab a Yoohoo, grape soda and some cheese doodles it’s about to get interesting.

The BK ‘T-renaissance’ is led by some five upstart companies whose average age is only 18-20 yrs. Widely popular brands Cranium, Futronix Retro, Team Brooklyn, Brooklyn Sky, and Soul Star Universe are the ‘new’ guerilla clothing operations leaving an imprint on how to do business in the New Digital Economy by elevating their creative design and implementing new and effective methods in marketing. Team Brooklyn’s shirts have been spotted at various nightspots as captured in the photo galleries of the NY nightlife websites TalkofNewYork.com and WhatsPoppin.net.

TalkofNewYork.com has archived photos in which the Team Brooklyn, Soul Star Universe and Brooklyn Sky’s shirts explain the irony involved in the new great rat race of The Tees. At the time when the Gino Green Global T-shirt movement (all those shirts with the number 9’s) exploded in Spring 2006, Team Brooklyn shirts were seen in web site photo galleries alongside Gino Green’s. Team Brooklyn shirts were just as popular, however, Gino Green had already reached celebrity ‘BET 106 & Park’ status, with host Julissa sporting the brand. One year later, it's Team Brooklyn’s trophy. At the Vinnies Styles store in Brooklyn, you can't keep enough of their clothing in stock from expanding into Hoodies, Caps, Sweatshirts, Women’s T’s and specialty clothing items. They have finally arrived at the game of fashion merchandising.

Not far behind but speeding in their own lanes are Brooklyn Sky, Soul Star Universe, Futronix Retro and Cranium brand, revolutionizing the clothing industry by leaving big name Urban brands somewhat baffled. No doubt the Team Brooklyn logo will go down as a classic logo that identifies the borough as other NY emblems identify the Yankees and, if you must, the Mets.

I had the opportunity to catch up with Keem from Cranium brand to hear his theory of this current guerilla-clothing phenomena and the ‘current’ buzz on that HOT Notorious B.I.G. full print t-shirt that’s selling non-stop. It’s a gonna be hot summer… Baby Pa!

The Poundcake: What made you decide to start making your own T-shirts? What was it that you saw you could do better or differently?

Keem from Cranium Brand: Well, it started with my cousin Mikey and our friend Ralph. We were tired of going to events and seeing people in the same outfits like it was a school uniform.

How did you come up with the Keem Cranium name? What does it mean?

The name Cranium was created by Mikey. It's the acronym for “Created Randomly And Nested In United Minds”. Keem is my name and Cranium is the title. you will see a lot of key staff put “Cranium” at the end of their names. It serves as a title. I have seen a lot of people posing as Cranium staff members, but it's cool. I just want people to know the real Cranium mafia: myself, “Keem Cranium”, “Mykhal Cranium”, “Raph Cranium”, “Lexx cranium” and last but not least “Zee Cranium”.

How did Cranium get started?

Cranium got started by me, Mikey, and Raph, screen printing shirts in my yacht [Cranium lingo for house], and then creating a crazy buzz on MySpace and the tri-state area. People from all over were contacting us for our shirts. We started moving it like it was drugs. I had unknown people ringing my bell and requesting shirts. Next thing you know, I was making hand to hand exchanges 11-17 times a day. I was just hoping the old nosey neighbor across the street wouldn't get the wrong idea and call the authorities on me. LOL. But that's when we realized that we needed to take this brand a step further, so then I started designing non-stop 24-7, and then pursued the necessary steps to make the brand official.

How would you describe the style of shirts you make?

When I started making the designs I chose NOT to go with a theme like what most brands often do. That's were the “Random” part comes in. The Biggie design was inspired by a lonley night of listening to Big's CD repeatedly and waiting for something to grab me, and it did. The Kid 'n Play shirt design came from me watching countless movies and waiting for the inspiration to attract me. I don't think our shirts have one paticular style. I think what makes our shirt style so great is that it's universal to anyone's style.

Is that Biggie-T your best selling shirt? Or better yet… what other shirts are people feeling & buying?

Yeah, the Biggie shirt is the best selling shirt as of now. But the “we snatch chainz” shirts are competing for the # 1 spot. They sell real well also.

I like that sphinx head shirt. How is that Tee selling? Is it even available?

The Spinx head was actually designed and screened in my room and it was one of my first shirts I ever produced. And it's 1 of 1.

How much do your T-shirts cost?

Have you had any formal art or business training? How many hours do you work on designs per week?

It’s funny because I always get that question and, no one believes that I went to Graphic Communication Arts, which is a big school that is devoted to the work I do, but I never took a class in that subject. I majored in Law and Criminology. But some how I became nasty with designing. “Work on designs by week” ? LOL… I work on designs by the minute. It’s so bad that I lost friends due to me being so busy designing. Everday I complete a design and put it in something us Cranium mobsters call the “design Vault.”

Do you work from home or have an office to work or store your shirt etc?

I currently work from home but plan to relocate to a office in the city by the fall.

Were currently working on the website. It should be done very soon. Look out for it!

Do you have an internet marketing team?

Yea I do.. we actually pay MySpace to advertise for us, and it's great because it reaches out to everyone very quickly.

What sizes do you go up to?

Our sizes run between medium and 2XL.

Where can you buy your stuff? Will your shirts be carried in any national retail chain clothing stores?</p>

You could find Cranium in your local boutique. We basically covered every state in the US and a handful of boutiques in Europe so it shouldn't be hard to find. We don’t plan on putting our clothing in any chain clothing stores because were trying to keep it rare.

Are your shirts selling anywhere “outside” New York City? Where?

Yeah we're in California, New Jersey, Japan, Europe, Chicago, Nevada, South Beach, and many more. It's kind of cool because our shirts are in places that I haven't visited yet.

Are you getting any International GWOP [Uptown-Harlem/Bronx word for money] with your shirts?

Yeah, were getting some good funds from our international accounts.

If somebody asks you what your style of T-shirts are what do you say?

I tell them that its UNDERGROUND!!!

Your shirts are big loud and colorful, are you ever worried that you might get popular and then get played out?

Nah. We dont worry about that because we know our creativity will keep the brand ongoing.

Are your shirts manufactured in NYC?

Yeah. Wwe manufacture some of our shirts in NYC and overseas.

Any ads in magazines, or media campaigns?

Yeah, were in a few such as Just Be, and …an upcoming issue of Complex Magazine.

Do you have any competition?

LOL. Nope. We're mobsters. We make them disappear. SWIM WITH THE FISHES!!

Do you get into the celebrity wearing your t-shirt thing?

Most definitely. I think thats one of the best feelings in the world- to come home from a long and stressful day of meetings, turn on BET and see Lil Wayne or Juelz Santana rocking your shirt in his latest video.