Lovett is a rambling man 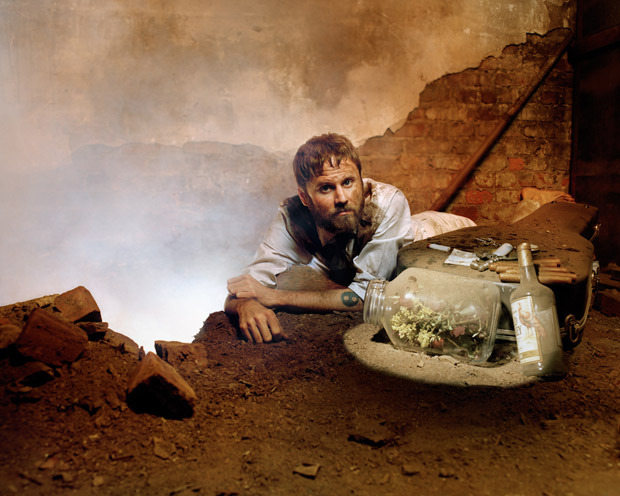 Born in rural Georgia, Ben Lovett boasts a rare mix of Southern charm and big city wit. He trekked across the country recording Highway Collection, his debut album, with the help of friends, family and strangers alike. In every city he tapped the landscape and locals for inspiration, resulting in nine songs that were recorded in sixteen different locations, from Los Angeles to Atlanta, very few tracks featuring the same players. This traveling narrative is at the core of the record.

Even with all the traveling, Lovett remains grounded by his family roots. Using his family name as a moniker seems like an obvious choice, but it became more emblematic after the passing of his grandfather. “When he gave me the blessing to do it, it felt right. I'm from the South, from the woods. My family has been in the same 20-mile radius for three or more generations, and I think it took living in major cities for 10 years to really appreciate it and learn about who I was and why I’m the way I am. I became much more of a Southerner living in California than I ever was living in the South.” With that in mind, it makes sense that Highway Collection is a record anchored by introspection, and the epiphanies that can hit you when you’re far from home.

Spending much of his career producing the work of other musicians and scoring films, Ben finally decided to focus on his own work in 2007. After leaving a thriving business behind, he embarked on a journey across Europe and while on top of a mountain in Spain it became clear: Making his own record was “a necessity.”

“I'd been spending all my time doing music, I had a production studio business and a really structured life with so much responsibility. My career was expanding but my life was shrinking, and I wanted to have more of the latter. I was getting busier and busier, but I wasn’t any happier. I had to get rid of everything that was anchoring me to that life, to figure out what the problem was. I realized I just hadn't made time to do the things I wanted to do. I had been standing in the river and resisting the flow, so I decided to give in.”

Having sold all his belongings before his European expedition, Lovett returned to the United States with renewed optimism. From July 2008 to early 2010, he took to the road making his way from coast to coast while recording fragments of what would become Highway Collection. The process was challenging, but inspirational.

“Some songs are like a puzzle that comes into view, but you're never sure how many pieces are required to put it together,” he says with a laugh. “I either knew from the get go or was constantly investigating ‘what is this song about?’ For a lot of them I had to figure out what I was trying to get at. You start building out the mood of a song, but sometimes you have to figure out what you're trying to say. And then sometimes you just know it when you hear it.”

Lovett’s work ethic is evident—while recording Highway, Lovett scored two films and produced another musician's album, making back the money he was pouring into his own work—but it's his love of countless creative disciplines that drives him. Inspiration is found not only in the people he meets along his voyage, but also in those he’s known all along. When the addition of hand claps seal a song, who better to source than the folks across the street?

“Fuck it! Lets get the people from the bar to come over and do the hand claps, why not?” he jokes. But there's truly an underlying sense of community and human connection that laces it's way through Highway Collection. A man whose life has been spent collaborating with other artists is not prone to drop his habits so easily.

“[Writing the record] was a celebration of not having anyone tell me to do anything differently. It was an opportunity to work with the people I wanted to work with and just let it all roll out in front of me; it was a very liberating experience. I didn't necessarily know where I was going next, but people would just appear and offer their help to guide me. Sometimes the world really does conspire to help you.”