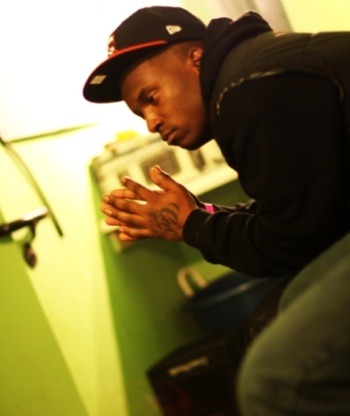 Impose caught up with Best Music of 2009 artist Fashawn in Sacramento last year, while he paced backstage in the green room.

He opened for The Grouch and Mistah F.A.B. that night on the How the Grouch Stole Christmas tour, setting the tone for a special holiday night. It was a bit awkward as my photographer, Fashawn and I locked down a bathroom for some refuge from the local opening acts. Fashawn cleared the air about his “Sunny CA” video, shared his favorite Big L lines and talks about his next project.

What did you do for you 21st birthday?

I was on tour with Ghostface Killah and we was in Reno. I went to a strip club for the first time. It was crazy, man. Nevada is crazy.

What was your first legal drink?

Who do you think is competing with you for Rookie of the Year in hip hop?

I think Wale's album is impressive. He's definitely a candidate for that. J. Cole didn't put an album out, but he's ill and someone I got a chance to work with. There's a cat named Jack Frost, that's down with Freeway, he's crazy.

The video version of “Sunny CA” was different than the album version. Why was that?

There was this competition with Loud records called Streets Don't Lie. Somebody had submitted my song and this was before the album dropped and I had the verses from Mistah F.A.B. and my man Co$$. So, I had to rush that video. I was living in Santa Monica that's why you see me in front of those shops. I almost won it – I got third place.

I was disappointed to hear that album version where you rep Fresno, where you're actually from. Plus, that version features F.A.B. and Co$$ repping their corners of the state.

I wanted to do that video big with F.A.B. and Co$$ and we still might, but I was upset about it as well.

Being from Fresno, the middle of the state, where does your NBA alleigance lie?

I fuck with the Lakers. They hold it down for California and they're the champs, you know.

Even though you grew up close to Sacramento?

Well, I love Sac, but Lakers put in work. Show and prove, you know. To be honest, I could probably name more skaters than basketball players. That's what I like about my “Sunny CA” video. We shot that in like the Mecca for skaters, up in Dogtown.

I read another interview, in which someone asked if you weren't rapping what your alternate occupation would be and you answered journalist. I feel like hip hop journalism is dropping the ball. If you were to take that job, what would you bring to that occupation?

I would record every play by land, just to show you the impacts of straight hip hop. I've been to Germany, I've been to Italy. It's amazing how people don't even have to understand what you're saying. They just feed off the vibes you give off. Where the rhymes come from as opposed to just the flash and being misogynistic, but get to the root of the problems. Not the problem that we're saying these things, but the problem our communities are suffering. That's the kind of stuff I would indulge in if I had my own hip hop zine. I'm just a journalist from my area speaking out.

I also read that you're a Big L fan. What is your favorite Big L line?

So many lines, man… “I throw slugs at idiots / no love for city cops / I rock a pretty watch / 850 rocks…” (laughs) That's just that shit. All I got for chicks
is hard dick and bubble gum! He's just crazy, man.

I hear that Big L influence in the intro to your album when you say “kerosene flow, melt microphone cables,” it reminds me of his style.

Thank you, that's what's up.

Will you continue to work with Exile on your next LP?

Definitely, man. Whether it's all him or just a track or two, he'll be on my next one. I'm in the process of deciding what I want to do with my next project. I've worked with so many great producers aside from Exile, but he's just phenomenal. I gotta work with him. We working now on this tour. He's got a million beats on his laptop. I'm writing songs all the time. It don't stop.

What was the craziest thing you heard Ghostface say on tour?

(laughs) He was really professional about his. He didn't really say nothing crazy. But Cappadonna, he was dope. He was a good guy that would really let you know how he felt, especially to the soundman. I don't want to quote him exactly, but I got respect for Cappadonna.