Michael Bouyoucas of Thank You meets the Baltimore lunatics 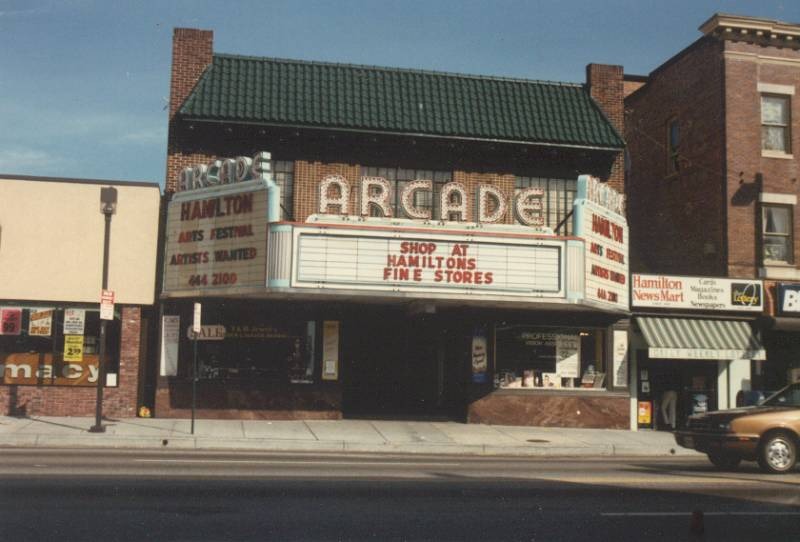 I tried 9 to 5 jobs in the past with disastrous results. I had just walked out of my last job silk screening for a lame surfing/sailing t-shirt company. I went to lunch and never returned. A coward's move I know, but I couldn't take it anymore. It's not your place to judge. And if anything I had learned two things. Having to wake up early is not for me. And it was time to find a job that was a little more lax and didn't intrude on my mind, body and spirit, the way all my jobs had in the past. It was time to try the movie theater in the heart of downtown Baltimore City. Because I fear Google searches it will remain nameless. I had been there a few times before and noticed the employees who would perform their minimal tasks with complete disinterest then go back to their conversation with a co worker, or return to their book or quickly run outside to smoke a cigarette. This was the job for me. And besides, the place didn't even open until noon. Little did I know that this would be my first real introduction to the truly strange, idiosyncratic, cracked people that Baltimore is known for.

I went there on a Saturday afternoon to see if they would take me. A girl told me to have a seat in the lobby and that the manager would be with me in a minute. A man who appeared to be about forty walked up to me and introduced himself. I told him I was looking for work but he had no time for bullshit. “Can you start now?” I said yes and he handed me a broom “sweep the lobby.” I thanked him and called him by his name which I thought was Steve. He gave me an irritated look and said “no no no. my name is Sleaze.” My career had begun. This would be the place where I would form my friendships with Jeff (my Thank You bandmate), and Elke (Thank You's first drummer). Emmanuel (Thank You's current drummer) worked there for a short while as well. A lot of musicians ended up working there. Guy Blakeslee (of Entrance Band) worked there too.

On my third day I was cleaning a theater and by one of the seats on the floor I found a magazine called “Daddy”. Not knowing what it was I opened it and was confronted with worm's eye view of a naked elderly man climbing a ladder. I went to another page and there was a picture of another naked old man with his hands on his hips and a flower in his urethra.

A week later I went in to clean a different theater and was met with a couple having sex. I coughed and noisily swept the floor but they wouldn't stop so I split. On the two other occasions that this occurred during my employment I would just leave the theater until they were done

A more or less normal guy that I worked with came in one day and insisted that his name was now “Prozac”. As the days progressed his behavior became more and more erratic. He started writing “Z” all over the theater walls with a sharpie and he would go on long crazy rants. One time I went into the men's room and he was in there opening and closing a CD case while pointing it at the ceiling. when I asked him what he was doing he said “I've got to get these ghosts out of here. They're everywhere.” He was finally fired when he screamed at the top of his lungs and ran down a hallway knocking down everything in his path. I saw him months later and he confessed to me that he had taken LSD at the time and had tripped for two weeks straight.

“Prozac” was the security guard at the movie theater. Once he was gone all the real weirdos made themselves known.

The first I ever noticed was a small woman with a walker who would walk super fast up and down the sidewalks all day long. She wore men's tennis shoes that were about three sizes too big for her. I later learned her name was LA. This was discovered because one of my coworkers in a state of loneliness (or drunkenness?) asked her to dance with him in the lobby after the theater had closed. She put aside her walker and danced to James Brown with him.

Another was a man named Robert Johnson. he was a real nuisance. He would bother people all day every day in front of the theater. We would shoo him away and he would return minutes later. One day he disappeared and Jeff discovered while talking to a policeman that he had been put away for injecting a woman with rat poison and killing her.

Another was Raymond who got the name “Karate Man” because he wore a karate uniform everyday. He never bothered the patrons. He just liked to come in and talk to the employees. When he started coming around my job was to sell tickets which meant I was always behind a glass partition that had a small hole in it. He would talk to me for 10 minutes or so and when it got busy he would leave. His way of saying bye was to stick his long black index finger through the hole in the partition and say “E.T”. Then I would touch my index finger to his like Eliot did to E.T. in the movie. after I did this he would walk to the door, open it and yell “LOOOOOOOOVE YOOOOOOOUUU” before he made it outside. This happened every day. When he was around I always made sure to be behind the partition. On the few occasions that I wasn't he would grab me and put me in a big bear hug that would lift me off the ground. While holding me tight he would maniacally laugh and say “Budddy” over and over. It scared people so I tried to avoid it.

There was a woman who I named “8:30 Redpants”. She came in every Tuesday at 8:30. Never saw a movie. Just sat in the lobby. Never found out too much about her. She always wore red sweatpants. She also always had what appeared to be Vaseline smeared on her face. She told me once that she was a teacher.

There was an elderly man who came in every single day. Sometimes more than once in a day. On my first day I was told that he got to see movies for free anytime he wanted. No one knew why though. One day I was curious and asked someone that had been working there for ten years why this man got to see free movies and he said he didn't know but on his first day the boss told him to always let that guy in for free. He would often fall asleep in movies and snore loudly. Or belch. Once, I offered him some white wine that we had left over from a reception. He took it, poured it into a cup of coffee with cream and drank it. This was nine years ago. As far as I know he still goes there every day.

Eventually the owner of the theater made his presence known and did all he could to remove all undesirable types from inside and outside of the theater. There were many firings. I was let go because a patron asked me to turn off Led Zeppelin III in the lobby and I refused. She called the owner the next morning and complained about me. Believe me, I know what you're thinking, but III is the mellow one, right?. Yeah, but life is so unfair.