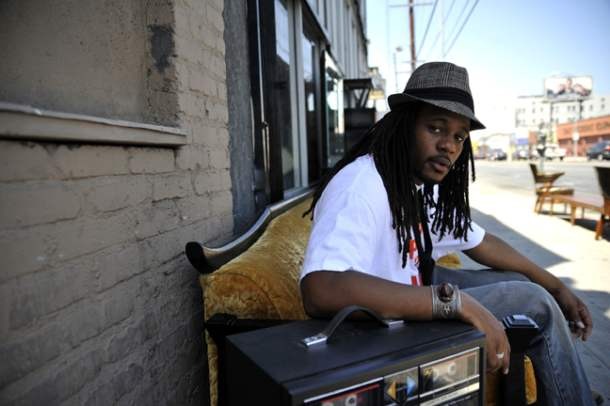 I'm a passive aggressive rebel. My plan to change the status quo is to politely fuck up simple tasks that people give me, slowly chipping away at the will of my many oppressors until I break the chains. I'm on some Bartleby shit.

For instance, Impose Magazine was nice enough to contact me about scripting a feature around other artists that have influenced my work. It would give me a platform to wave my new album around in your face for a while (out now… buy it… twice.) and possibly spark some interest in casual readers by associating my release with stuff they already like.

Its a good idea. So good in fact, that I'm going to do it differently. We're going to pretend that this webpage is a Catholic church. And that you're a priest. And that I've been bad.

We're going to go into a small, dimly lit room…

So I can tell you about albums that I stole shit from. I apologize for giving you a quarter-stiffy.

I actually have quite a bit to confess. My record is called Unapologetic Art Rap and it just as easily could have been called Unapologetic Retro & Indie Note Extrapolation. And while I'm sure there are a few gangsta-infatuated rap sites that would love to apply that acronym to my release, I think I went with the safer decision. I can't shake the guilt, though. Grand larceny has been committed.

There's one incident of theft on the album that's so egregious, if the creator of the source material hears it, he may actually wish me harm. I made a good song out of it, so he may be into it. But there's a chance he'd want my fingers broken with a hammer. Fortunately for me, I'm pretty sure he smokes really good weed and hasn't set up his Google alerts yet. I won't say his name, 'cause I don't like lawyers. But if you listen to the song “Pissy Transmissions” on my album, you'll hear the distinct crooning of a man who is obviously talented, obviously white, and obviously not me.

Now that I got that out of the way… I can give you what you came to read. A list of LPs you should check out because I um… re-interpreted something from them.

Frank Black, Teenager of the Year

This is the second solo album from Pixies' lead singer Frank Black. It's also the first non-They Might Be Giants rock album that I fell completely the fuck in love with. I had a tape copied from the CD that I played 'till it fell apart. Though the lead single “Headache” is still my favorite track, this album became so ingrained in me melodically that one of the lyric sequences from an early song became one of the more popular hooks on my album. I re-sung it, so I couldn't get sued outright… I think. But it would only take a small bit of detective work to put me at the scene.

Dukes of Stratosphear, Chips from the Chocolate Fireball

This is a concept album from the British post-punk band XTC. I already hearted them immensely for the albums English Settlement, Drums and Wires, and Apple Venus. But this shit here takes the cake. On this record, they each take on pseudonyms and create songs that invoke classic psychedelic (read: pot and acid) rock from the late Sixties. There's a song on my album called “Mole in your Ministry” that's somewhat influenced by a song on this album called… “Mole in your Ministry.” I wrote the lyrics to my song over a beat I made that clearly looped many parts of the original song. I ended up re-recording my version over a beat by Silencio… as to avoid jail.

So you guys all know these dudes, right? To the internet savvy, I'm sure there's no intro needed. It's the second release from the mostly-colored avant-rock unit and it contains one of the songs that really pushed them into the public arena via various (via various?) TV and movie placements. A little tune called “Staring at the Sun.” Now I won't say it was ubiquitous, but for a few months it was the soundtrack to every conversation I had with myself about anything. So much so that when British producer Awkward sent me the beat that ended up becoming “Rap Protection Prayer,” I couldn't convince myself not to sing part of the first verse as the A-hook on my song. At this point the album was nearly finished and I didn't want to be too heavy handed with the borrowing, but I couldn't get it outta my head. So I did a poll on Facebook and my friends told me it was okay.

It could be safely said that I have what amounts to a De La Soul fetish. I don't just “like” the Long Island art rap pioneers. I adore them. I've had the pleasure of meeting them and was genuinely starstruck. My life will be somewhat incomplete if I never get a Native Tongues t-shirt, and I've openly stalked Posdnous on Twitter on more than one occasion. I'm a fanatic. I don't think I've ever released anything, even going back to my first EP (2003's aptly titled Finger Booger) that hasn't referenced a De La Soul song in some way. On my new LP the hooks to “Unapologetic” and “Partly Cloudy” lift and slightly rearrange lyrics from this, my favoritest De La album. Now I have heard of seasoned rappers taking offense to younger emcees' liberal usage of their recorded works… but certainly they'll be cool with me doing it. It's all hippity-hop right guys?