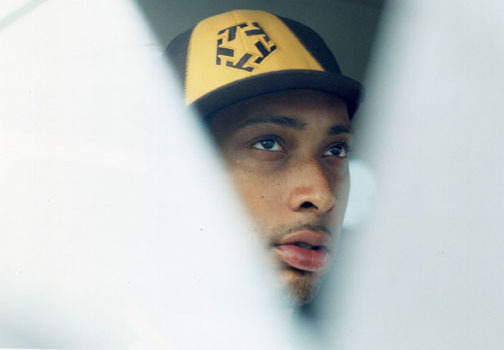 For Michael Jackson, also known as rapper/producer Oh No, hobbies were always life. It was not until the past few years, though, that his hobbies actually paid dividends and made him internationally known for something besides being Madlib’s brother.

Oh No seems to be an easy person to track down. He’s either in the lab turning out beats by the hour, or he’s in front of the television playing video games. After talking about these two things, it is hard to believe he has time for much else. Jackson’s demeanor suggests that it has never been about the money, but simply the enjoyment he gets from his hobbies. When I call, he is working on a track with Alchemist, which he hopes to release on an internet-only album, free for the loyal fans.

Jackson works at a dizzying pace. His latest release, Dr. No’s Oxperiment, is a beat tape consisting of found pyschedelic funk sounds from Turkey, Lebanon, Greece and Italy. “It’s a classic Oh No beat tape,” Jackson says. The idea behind it stemmed from a night in the club with Ego from Stones Throw Records, who had a collection of Mediterranean albums. “He was just playing some ill Turkish music and I asked him if he was using it for a beat,” says Jackson. “He was like “I don’t make beats,’ so I said ‘let me get that!’”

Jackson did not settle for just a few records, but instead raided the entire assortment. After making roughly 60 beats, Jackson narrowed it down to 28 beats of “real raw beat tape.” “I’d go rolling swishers as I’m driving, just chiefing and banging out to this crazy music,” Jackson says. “People would roll up next to me wondering what I’m playing.” For Jackson, making this music was like therapy, hence the “Dr. No.”

It might seem as though Oh No and Madlib are dueling brothers in a game of Risk, trying to see who can dominate the most territory first, with Madlib’s Beat Konducta In India taking a foothold in Asia. But Oh No assures me that it is pure coincidence and not contest that they each have beat tapes focused in different continents. “Personally because he always used jazz and became this O.G. at jazz, I didn’t want to have too much of a sound like him,” Jackson said. “I’m messing with the soul, the rock…if you listen to my collection, it’s everything else, just to not make the same beats that anyone else is making.” In fact, Oh No made the Oxperiment in 2005 and was unaware of Madlib’s current India invasion.

Oh No might not get paid for every hour of the day that he dedicates to his craft, but this doesn’t stop his nervous tick to constantly dig for new samples. “I’ll flip the sounds out the window on the microphone,” Jackson said. “I went in 7-11 and I heard music playing on a CD. I had to know what was up with it. I could hear a little blip and I’ll start tripping off it and need to hear it five more times. Sometimes I won’t even hear nothing; I’ll just be bopping my head to the ill radio station in my head.”

Oh No tries to turn out 80 beats a month, but never focuses on slanging his work. Acquiring an Oh No beat tape is as easy as sending him a MySpace message. “I’ll send out a tape of like 30 beats from varied months,” Jackson said. “Cats will be like ‘I’m trying to get these eight beats from you, lets do an album’ and I’m ready to do it. I don’t even be tripping on it coming out.”

Despite what Oh No’s high volume of beats per month would suggest, he does have time for other hobbies. “I’m crazier with games than I am with music,” Jackson said. “I own pretty much every single console and game that was ever made, mostly through emulators.”

He usually plays just for the enjoyment of beating the game and said he strays from wagering, which means Oh No has not been in a high stakes bet with Jus Blaze. “He’s the homie, but we mostly just debate about who got what system or what’s up with Star Wars Arcade,” Jackson said. “He’s the illest at [that game]. These cats is too crazy though. They might be putting up some hundred thousand dollar bets…I don’t got money like that. Maybe one day.”

Of the three types of video game addicts (gamers, collectors and people who play Madden), Oh No considers himself a collector. “Everybody trips off Madden,” Jackson said. “It’s a dope ass game and I’d love to get some music on that shit, but that game takes too much time.” Oh No is fond of the one-player games like Metal Gear Solid, likening it to the equivalent of watching a movie. This does not stop Oh No from playing Fight Night live and talking smack with the online junkies. “If you beat me, I’ll be a humble cat,” Jackson said. “But the second time around I’m going to talk hella shit. Third time, it gets worse and there is no fourth time.”

Despite his vast collection, Oh No has never viewed his gaming and collecting as a problem. “I seen an episode of Intervention about people tripping on video games,” Jackson said. “I know I be wilding on games and I thought I was sick, but that dude topped me.”