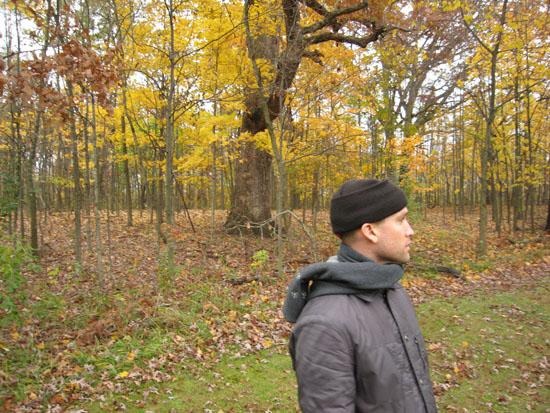 During World War II, my paternal
grandpa, “Pop” was too old to be in the army so he began to
work in a bombsight factory. Prior to this, he had been a jockey and
was a harness racer. Those are small two-wheeled carts that the jockey sits
in low behind the horse. Jockeys at that time were considered dirty
people and were not allowed to go into most restaurants or bars so they
had all their own places to eat and get drunk.

My paternal grandmother was a debutante and came from very crazy, very old
money. She had a terrifying relationship with her mother and in an attempt
to shock her, married my grandpa. For doing this, she was disowned, cut out of
her inheritance and her allowance. When they were married,
my grandpa was scraping by as a jockey. When the war started things
improved slightly but by then they had 4 children. After the war ended
they did not need anyone to build bombsights anymore. Being a jockey
was like being in the music business, it was about luck and who you knew. He had been out of the game for 5 years and did not have contacts anymore. He could not get work harness racing. He hung out at the stables
and became a bitter, violent and dangerously poor man.

Due to this poverty, my grandmother became a frightened and desperate
woman. She had not spoken to her incredibly wealthy mother in several
years and needed to beg her for money to feed her children. My great
grandmother agreed to send them money but only if my grandmother's daughter,
my aunt, then 12 years old, would go and live with my great grandmother
and never speak to my grandmother nor the rest of the family until she
was 18. She was effectively ransoming her to torment and break the heart
of my grandmother in revenge for her having married my grandpa.

To feed her other children, my grandmother agreed to sell her daughter
to her own mother. This infuriated my other aunt, who was 10 years old
at this time. She was furious, not because she would miss her sister,
but because her sister would be going to go live in a mansion by the
ocean in San Diego while she had to live in a tiny rented house in Pomona
with her crumbling parents and two brothers, my father and my
uncle.

On the last night that the entire family was to eat together for the
next 6 years, my aunt who had to stay was helping my grandmother prepare
dinner. She was using a cleaver to chop vegetables. My grandmother had
her back turned to her preparing a fish. My aunt said,”Hey mom, watch this.” When my grandmother turned around, my aunt chopped
off two of her own fingers with the cleaver she was using to cut the
vegetables. The next day, her older sister was picked up in a brown
rolls royce and driven away.

Her fingers were never reattached. I do not ever remember seeing my
aunt without a pair of crutches or ever looking like she weighed more
than 90 lbs. She had a son that she abandoned at the age of two. I do
not know if this is true, but she claimed that her husband was lost
in the Bermuda Triangle. She had a small medical gold pin that she wore
on a bracelet and that she claimed was used to fix her husband's jaw
together when it was broken in a fight. Her husband was apparently hard
of hearing and sometimes talked too loudly. A sailor told him to shut
up and he thought the sailor said stand up. When he did, the sailor
hit him in the face with a black jack.

My aunt who was taken away went on to travel widely in her youth, married
an Egyptian man and gave birth to my cousin. He is an autistic savant. His brain operates like a computer and he can remember and recall any
information but seems to be unable to generate original thoughts. He
has been alive long enough now that he can get through most conversations using previous memories.

When he was a child, he was visiting relatives in Scotland who happened
to own a bagpipe. Although he had never seen one before, he picked
it up and played it perfectly. He went on to win bagpipe competitions
all over Europe. In his teens, he taught bagpipe master classes
in Scotland. Once he came over for Christmas and marched around the house
playing “Jingle Bells” and “Silent Night” on the bagpipe. He and I went
to the same university in San Francisco. I ran into him on campus and
although I had not seen him in about a year and half the first thing
he said to me was, “Have you seen my jacket?”

He was studying pre-med there and is now a ophthalmologist. His
mind makes it impossible for him to do research but he was at the top
of his class in school as he can remember everything. He is a very pious
Muslim and he and his father, with whom he lives, are traveling back
and forth to Egypt to find him an appropriate bride. His mother died
a few years ago. The other aunt is dead also. My uncle is dead and my
father is dead.