Is “the most disturbing movie ever” worth watching? 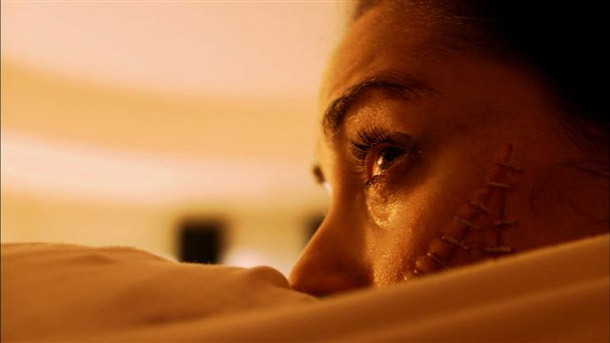 The Human Centipede (First Sequence) is a movie about a deranged German doctor who excelled at separating Siamese twins, but is now obsessed with joining humans through the gastronomical system, i.e. mouth to anus. He manages to do so with three unsuspecting victims, whose suffering we witness for the rest of the movie. In his review, film critic Roger Ebert refused to apply a rating, explaining, “The star rating system is unsuited to this film”.

It's a bad movie. There's barely any character development, there isn't really a story, the acting is mediocre, and, you know what? It's not even that gross. The level of squeamishness isn't much more past the extent of seeing a bull's horn go through a guy's chin and come out of his mouth. Most of us have seen that, and “ew” was all it was. The psychological layer of suffering and cruelty is missing, the movie doesn't haunt you — I remember my body ached from watching Babel at the theater, because I was so stressed out about the situation the characters were in, but nothing of that sort happened with this one.

I experienced a great dilemma. I'm entirely convinced that the film's “badness” was intended. You wouldn't notice it if you weren't trying to, but the filmmakers exercise great precision and control when needed, so why the hell would they make the bad parts so plainly bad? For example, the two female leads were pretty convincing once their suffering began*, but their acting was a little blatant in the scenes before their misadventure. My own guess is that the “badness” is not only a nod to the tradition of B grade horror films, but that the film was made in somewhat of a jest, in a realm where a certain acquired sense of humor exists and makes sense (twisted Japanese films, obviously).

There are signs throughout the movie to indicate the half-seriousness. After all, Tom Six, the Dutch writer and director of the film, came up with the idea of a human centipede from a joke he made, that child molesters should have their mouths joined to the anus of a truck driver. That he recognized the genius of a “human centipede” idea and consulted a doctor on medical accuracy is commendable (“100% medically accurate”). That he didn't tell the investors what the movie was really about until after the fact is hilarious. That next year he's releasing a sequel called The Human Centipede (Full Sequence), with a 12-human centipede, is pure comedy. But that the movie alludes to World War II? Confusing!

My conclusion is that the film wants to play with your head. It wants to say, “let's go on a mind adventure”. So here's the biggest pay off: Watch the movie to find out what your reaction will be, having seen it with your own eyes. It'll be like going to the shrink for $12.50. Self discovery. Learn a thing or two about yourself.

But if you don't watch it, you won't be missing a thing.

*Several female actors walked out of the audition when they realized the nature of the film. Hats off to Ashley C. Wiliams and Ashlynn Yennie for ending up as the fearless female leads. Though we saw it in a tiny room at IFC, the room was surprisingly full. One person walked out before the gross parts really began, probably
because the movie's first few scenes don't suggest a serious tone.