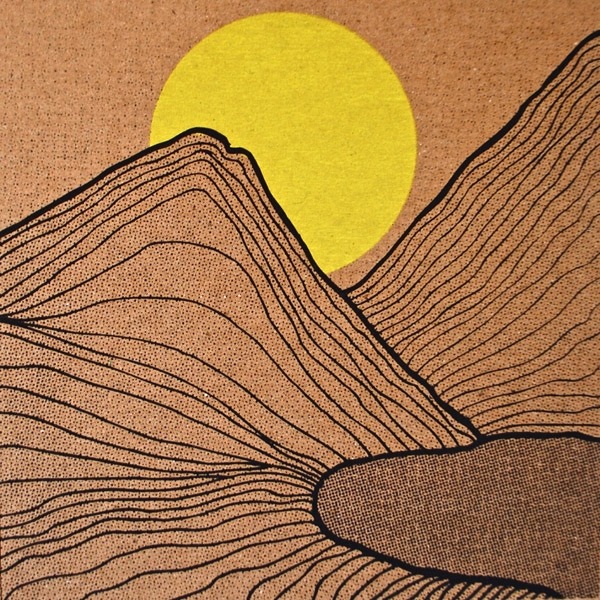 One of the more admirable qualities of music is its ability to take you somewhere. Sometimes it is somewhere you've already been. Other times, it takes you to a Midcentury pool party where everyone is blazed, doing the Watusi on the patio and enjoying an endless summer. Monster Rally resides on this plane of permanent vacation.

Monster Rally is the project of Edward Farrell Feighan III, or simply, just Ted. Over the past year, he has been creating a lush isle of estival tunes out of tropical loops and stylized beats. Each song is masterfully layered, producing thick melodic jungles ripe with the breezy nuances.

You'd never guess the man wasn't from the line of the Equator, though for Feighan, Ohio could be just as humid. “I grew up in a house without air conditioning and during the summer in Cleveland it can get insanely hot and humid. The type of weather where you take a shower in the morning and your never fully dry for the rest of the day,” Feighan recounts. “It sounds horrible, but I've always felt comfortable in environments like that.”

Cleveland may not be a beach, but that isn't to say that it isn't rife with record stores waiting to be ransacked. As with most music with substantial sampling, Monster Rally started from an epic record collection.

“A few years ago I started buying a ton of old tropical records from thrift stores, almost entirely because I loved the imagery so much,” says Feighan. “I listened to almost all of them, but the one that really made me think differently about music was Martin Denny's Quiet Village.”

When you take this influence of Denny– best known as the man who popularized Tiki lounge sounds– and combine it with Feighan's love of J. Dilla, Brian Wilson, Madlib, Pete Rock, DOOM and the great surf rock of the 60's and 70's, the big picture of Monster Rally comes into focus. A Magic Eye of exotic sounds, this unique combination of hip-hop and Polynesia has created a prolific collection of Pacific pleasures over the course of three EPs, two singles and one LP released in January, Coral.

“My creative process is weed and records,” says Feighan. “I usually go to the record store and pick records based on whether I like the cover art, then come home with about 20 records. I'll just sit and listen to them and maybe draw or whatever, and when something pops out at me I'll sample it and try to make something from it.”

Hot on the heels of Coral comes Monster Rally's latest EP, Deep Sea, due out May 31 from Gold Robot Records. Available for preorder at Gold Robot's website, Deep Sea is a limited release (only 300) with a beautiful opaque treatment (it's pink!).

Feighan, inspired by old travel advertisements, created the album art himself, as well as the printings and screenings. “It was important for me to try to do as much as possible by myself for this EP, from creating the music itself, to the artwork, to the printing, to gluing all the jackets and finally to numbering all the jackets,” he mentions. “Hopefully that's what makes this EP special.”

The EP is decidedly more 'beat heavy' than his previous releases, but stays true to the glittering island wonder that brought us all in the first place. The track “Siberian Girls” is an entrancing take on dance music with mesmerizing drums and colored with Hawaiian guitars. Other tracks take their inspiration from calypso and surf pop, island hopping from one of Feighan's summery daydreams to the next.

“I never really went anywhere that tropical growing up so I think that rather than vacations that I've taken inspiring my music, its the ones that I haven't taken that influence me,” he notes. “I think the vacations I would really like to take would be impossible. For example, I'd like to take a vacation to 1950's Cuba or 1960's California.”