Gramercy Theatre might well be my least favorite venue in New York City. While it does benefit from ceilings that stretch luxuriantly upwards two-three stories and a tastefully sloping floor that bows down to a real stage, the amphitheater-like space was never updated from its past role as a movie theater to accommodate rock shows. This maladjustment is so complete that the quasi-mezzanine seating area qualifies as their VIP section, where instead of schmoozing and the general buzz of networking that evades the actual performance at hand, sitting in one seat of many fixed-to-the-floor chairs in a red row forces a sort of reverence onto the live music we’ve ostensibly come to listen and watch. All this would be more than tolerable and even novel if audience members weren’t constantly reminded of their spectatorial role by the overbearing employees constantly enforcing the arbitrary rules that other venue workers tend to enforce only when necessary (you don’t have to remind me twice as I’m walking through the hallways that there’s no re-entry, or that I can’t bring my drink outside). How uncouth.

It’s an old truism that rock music became a dance-ready (New Yorkers can stop reading) raw and raucous affair when people started taking the chairs out of performance spaces – churches, gymnasiums, youth centers, you know, the sorts of places Clear Channel helps us forget were once sites worthy of playing music. It also meant a party more than a performance. But at Gramercy, with chairs lining the first fifty feet behind the stage and standing room ghettoized to the bar area (where drinks are almost as expensive as Bowery), the venue kills the party and elevates the stage happenings.

Califone used this unusual (though not entirely inappropriate) atmosphere of austere calm and quiet to their advantage. The band eased into the set with wisps of finger-stroked guitar, the drummer holding out but to sooth a few rushes of synthetic wind and whisper from his aux keyboard setup. And my hesitancies about the social atmosphere of the venue aside, Califone sounded fantastic once the feathery fall from ambience landed them on the ground level roots comfort music that, apart from lacking the soft carpeting of electronic layering and mash-up manipulation in their recordings, compensated for the alien surroundings. I still sensed a lack in their overall sound presentation, having grown so fond of their last outing, Roots and Crowns, as to fully expect songs like “The Eye You Lost in the Crusades” or “A Chinese Actor” to come equipped with the same dynamic electronic filtration live. Though all four members who spent the whole performance onstage took part at one point or another in synth manipulation, nothing rivaled the exquisite complications of their recorded sound. Instead, the live sound, expansive and heavily textured, ultimately remained simple rehashes of their album structures, skeletal blue prints that never filled in the whole house.

Front man Tim Rutili reminded all present that if you can make it in the big apple you can make it anywhere. It was a strange thing to hear from someone touring for so many years under multiple visages, because it suggested that making it in the big apple was something he’d yet to achieve, and subsequently, it reinforced the humility of the band’s overall aesthetic, where stage banter crept slowly ad aimlessly (a few mumbles I couldn’t make out), and rocking out translated more to players intensely scrutinizing their own instruments than moving. He also noted that he was an astounding forty years old. I think in a battle of combined ages, he and Kazu Makino of Blonde Redhead could take on all the Arctic Monkeys at once. 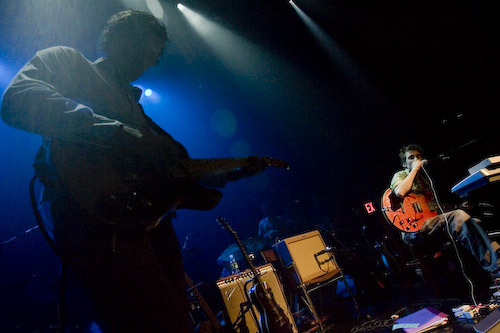 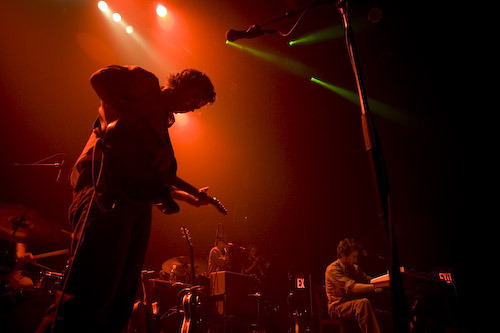 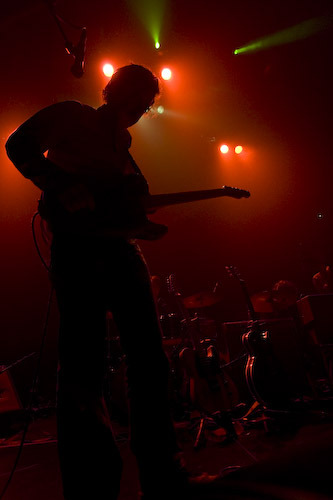 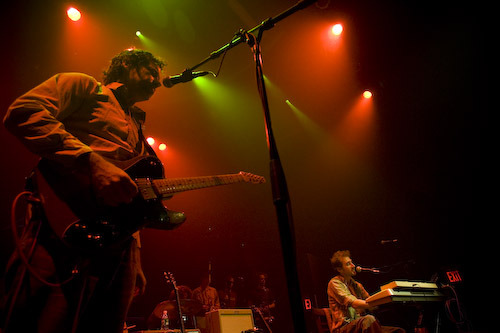 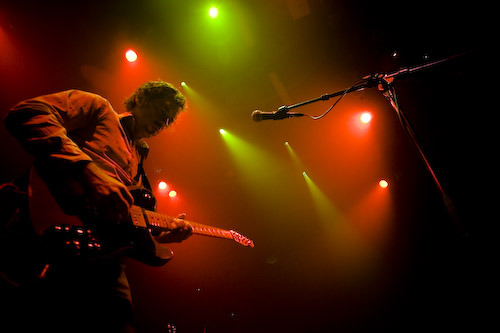 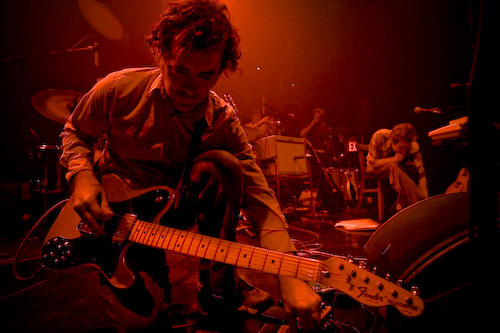