It’s hard to see Chris Garneau perform live and not think of musical theater. The slight, soft-spoken Brooklynite musters a larger-than-life presence once he hits the stage—his vocals swell, his piano melodies crash and soar, and currents of emotion—melancholia, for the most part—pulse through the room.

It’s an act in the most elemental sense of the word, but it obviously hits home; Garneau’s occasionally gotten teary-eyed at past shows, and last Thursday’s record-release concert at Le Poisson Rouge had at least a few audience members weeping outright.

Not to say Garneau’s a sad-sack performer; he’s just an exceptionally moving one. Picture a latter-day Sufjan Stevens, Rufus Wainwright, and throaty French chanteuse Edith Piaf, and you’re on the right track. To be sure, there are more than a few tearjerker tracks on Garneau’s sophomore album El Radio (“Leaving Song” and “Hometown Girls” being the prime culprits), but they’re balanced out by other, more jocular numbers: the bouncy, upbeat “Dirty Night Clowns,” for instance, or the frolicsome “No More Pirates.”

Openers Scary Mansion and The Lisps provided their own brands of theatrics. Leah Hayes, the fetching frontwoman of Scary Mansion, cranked out vocals like The Cranberries’ Dolores O’Riordan while ripping chords on a narrow Thunderstick, an instrument that looks like a cross between a mandolin and a broom handle; her drummer, Ben Shapiro, provided sweltering backbeats. Together, they seem to be pushing the band’s music—which has hitherto occupied the same musical territory as Hello Stranger and other pop-rock acts—in new and excitingly punky directions.

But the real drama prize goes to The Lisps, who could seamless segue over to Broadway were it not for their slightly off-kilter subject matter. (Case in point: they’ve written a musical about a Civil War soldier who becomes a sci-fi writer. Seriously. It would be unbelievable, had they not played a song from it in their set.) The band sounds something like the Go! Team, fronted by Bill Callahan, playing the Arlo Guthrie songbook on found objects. While it might not be the most obvious transition into Chris Garneau’s more sedate set, the thread is definitely there: they’re all consummate performers, through and through. 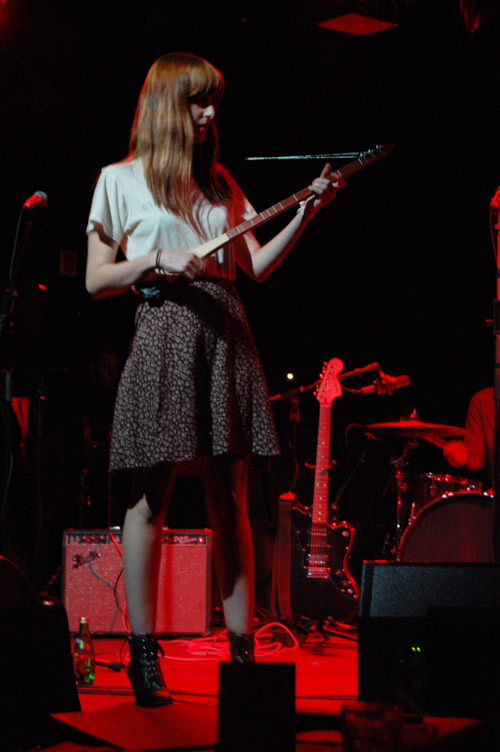 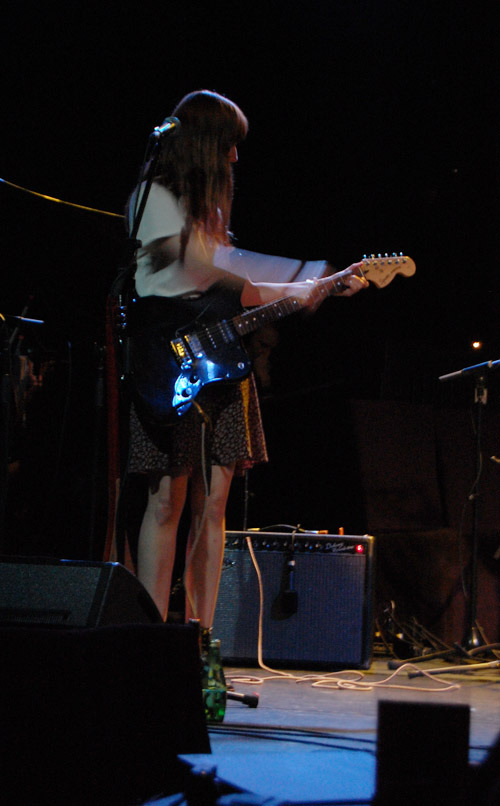 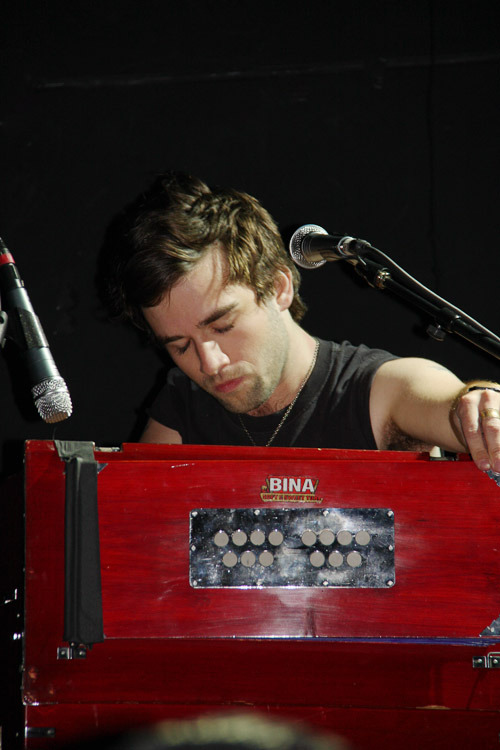 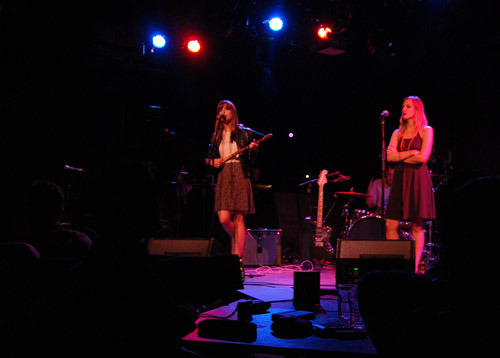 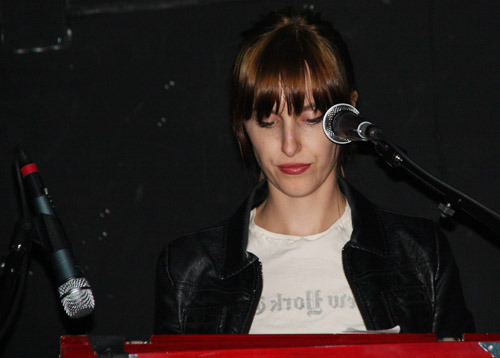