Creative Captialism, the label that first released Ponytail, has more to go around

I’m not sure if this will mark a general increase in Creative Capitalism‘s typically sparse release schedule, but if these three bands are an indication of what we can expect, let’s hope so. Where Ponytail succeeded on pure sugar-high frenzy and the alien strangeness of their songwriting, these three bands succeed by simple competence, taking straightforward concepts and doing them very well. The innovations here come not from seeking new terrain so much as carving out a familiar niche with great care and attention to fine-tuning a sound. Which, in a world crowded by less-inspired retreads, is actually quite satisfying as is.

Miracles keep it pretty simple. Keyboard, bass, drums. Vocals, too, but the music is never reduced to a supporting structure, with a lot of song space devoted to equally compelling instrumental stretches. The songs and arrangements are simple and unembellished; a spare, rolling post-punk that just seems to hold very naturally together. Bass and keyboards push each other along, with frantic but mechanically steady drums driving pulling them ever forward. The slight urgency of the vocals completes the picture. This is simple music that works.

Thursday marked the release of Colony Collapse, their debut for Creative Capitalism. While Miracles are Brooklyn-based, Creative Capitalism hails from Baltimore (they put out the Ponytail debut in 2006), and so brought a couple other lesser known Baltimore acts with them, each also with a new release on the label. Taken together, it was a strong showing for such a small label.

Lo Moda share the confidence and sense of momentum that kept Miracles going, but strip away the heavy percussion in favor of a full compliment of strings and keys and guitar and softer-edged pop sensibility. It bears mentioning that this lot, despite playing their first shows in 2005, are considerably older than much of the current Baltimore fauna they’ve found themselves in. And they’re a testament to the fact that starting a band is a viable idea pretty much anytime. (Admittedly, they may have all come out previous solid projects, but I’d rather imagine they were all just out at a dinner party at some point, and several glasses of Cabarnet Sauvignon into the evening the instruments came out and a plan was formed and it was great.)

Thrust Lab originally came to our attention as Health remixers, and as such, they’re largely electronic in overall sound despite live drums and bass carrying most of the songs’ force. Looper pedals and a variable drum pad arsenal are part of this effect, as are the pre-sequenced keyboard bits, but the crisp precision of the playing did the rest. Sleek and catchy. 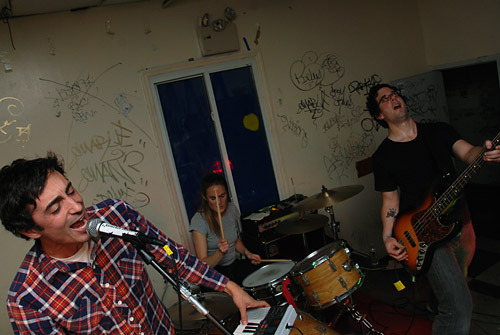 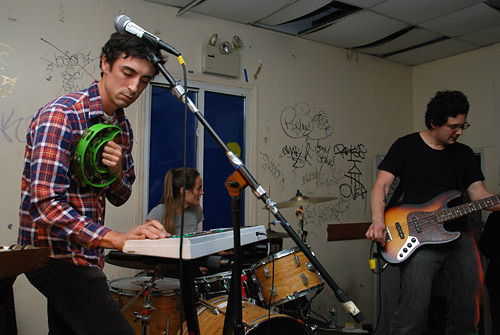 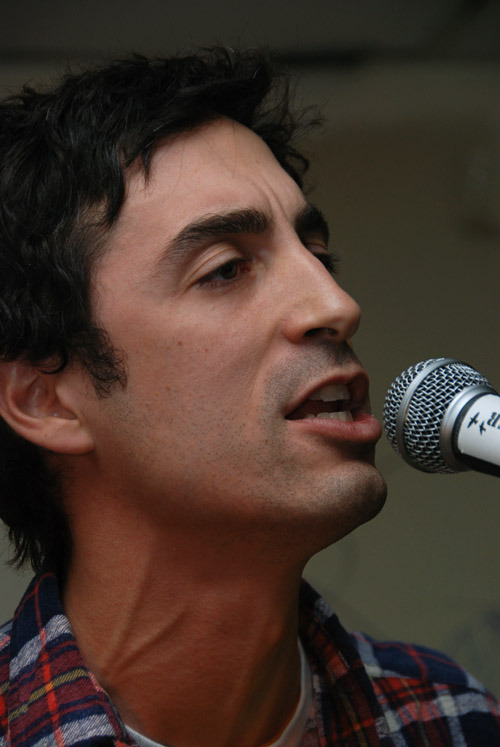 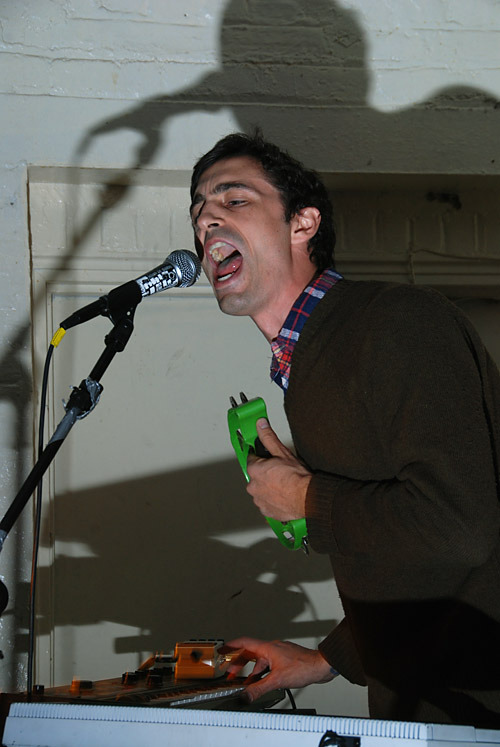 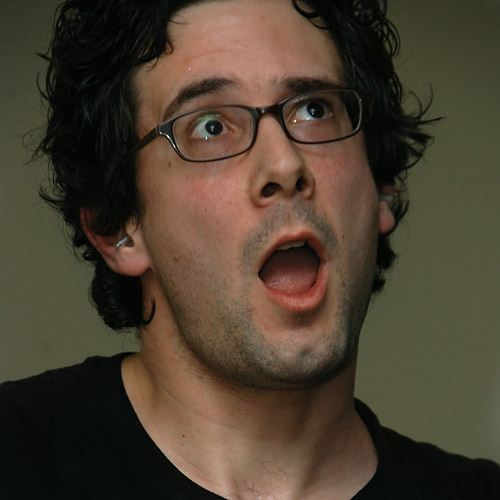 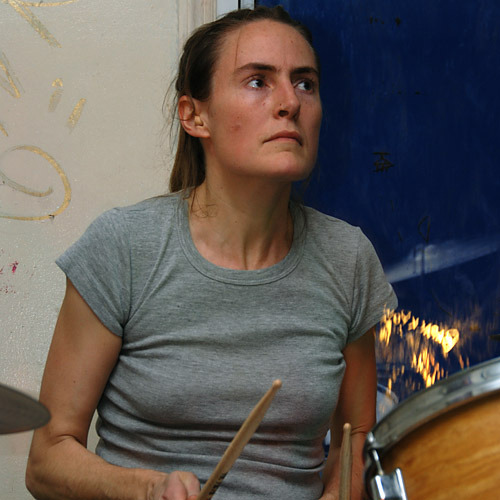 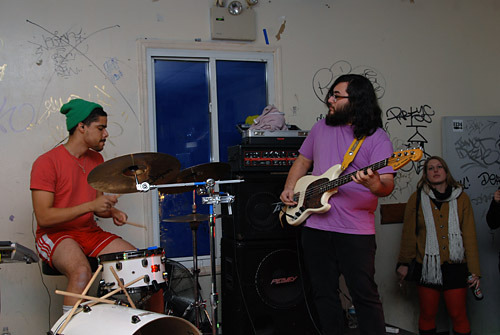 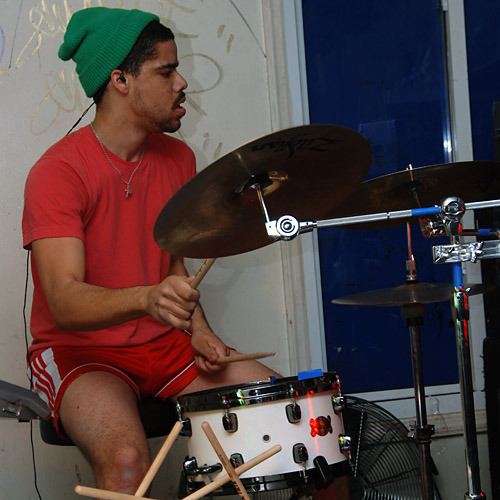 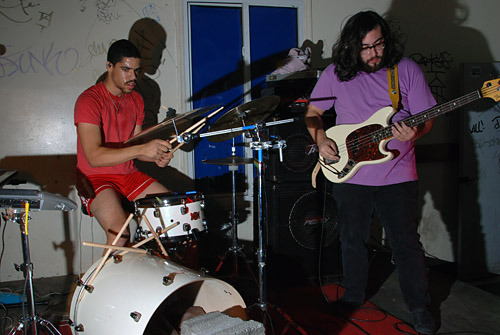 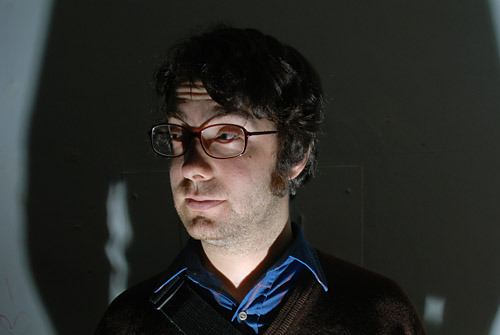 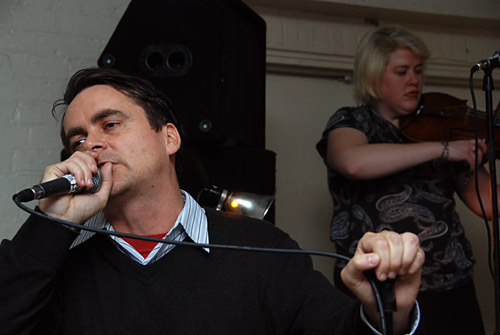 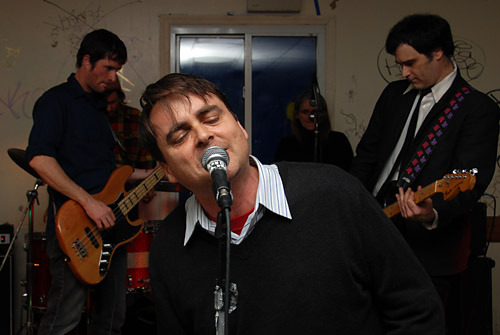 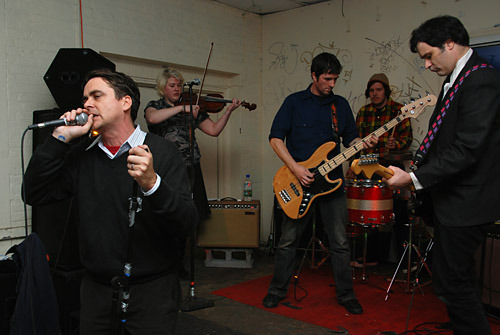 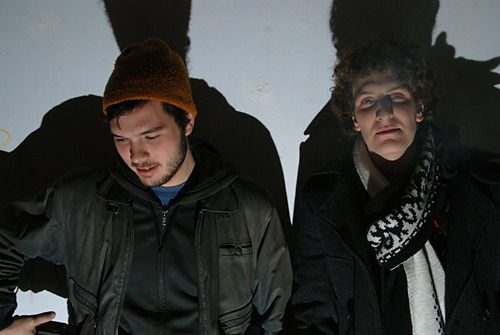 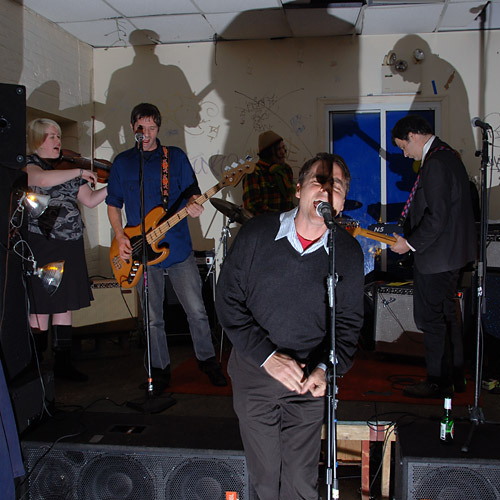