Last winter, I spent a weekend in Baltimore trying to get a handle on just what was going on in the city’s music culture, beyond what I’d encountered already at Whartscape 2007. A lot, it turned out. This was made especially clear by a conversation with returned favored son Rjyan Kidwell (electronic luminary Cex), when he rattled off a list of at the time wholly unfamiliar names like Leprechaun Catering (“the Autechre of Baltimore”) and DJ Dogdick, advanced, if I recall correctly, as a representative of the west Baltimore scene. And what did this evocatively named musician sound like? I was intrigued, but after a police appearance (as in squad cars, not a surprise Sting set) canceled his Whartscape 2008 set, I had to wait until just last week to find out.

I’m told (by E4E1‘s Edan Wilber) that DJ Dogdick has two sets: dancier or gothier, and you never knew which you’llget when you book him. At Death By Audio, we seem to have gotten the gothier set, if the Halloween-background-noise typed opening ambiance was any indication. Even so, after our host shrieked into the mic a bit and garbled some samples at us, he eased into a a hunched, loping hip hop beat, built of vocal cut-ups and stumbling percussion. Over this, Dogdick added his own ragged voice, garbled into near-unintelligibly by heavy processing. The overall effect was surreal. A good party suddenly submerged under deep dark water with everyone still trying to have a good time despite the sudden pall of doom. And they succeeded.

Openers included the current tour team of Minnesotan MC Juiceboxxx and Richmond gameboy glitcher Narwhalz. We missed the former, unfortunately, but his set could probably be expected to have been the light-world party-rap counterpart to the sunken twilight of Dogdick’s set. (See a review of Juiceboxxx’s live set here). Narwhalz’s followed a recent trend in five minute noise sets: play everything you know in a burst of sustained energy and then get off before anyone quite knows what has happened. Narwhalz’s Pomeranian-themed 8-bit feedback was especially apt for this approach, his performance lasting about as long as it would take a small, hyperactive dog to court and manically hump the leg of the sofa before collapsing spent under the ottoman

Kocho Bi-Sexual closed the bill with longest set of the evening. Perhaps just by comparison, they seemed to stretch out indefinitely on serviceable, if difficult to distinguish, duet synth-pop. Their elaborately garlanded organ served, as always, as apt visual accompaniment. 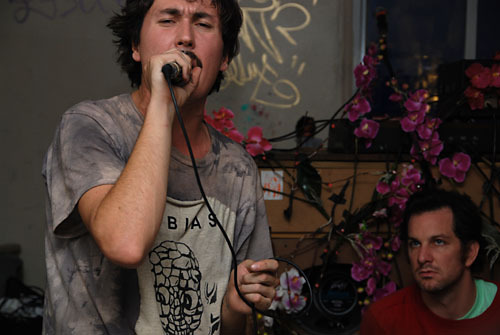 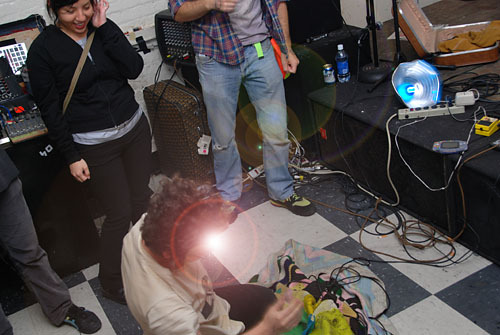 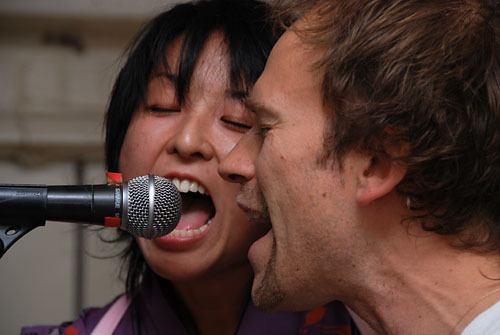 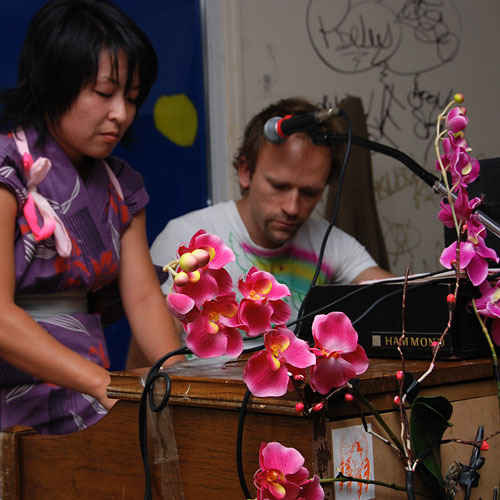 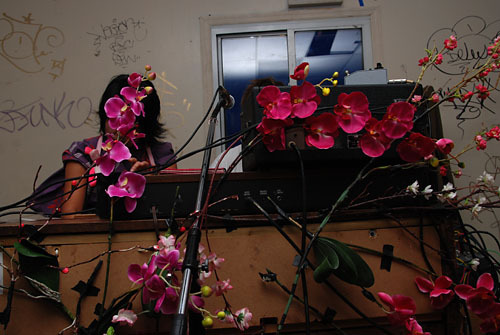 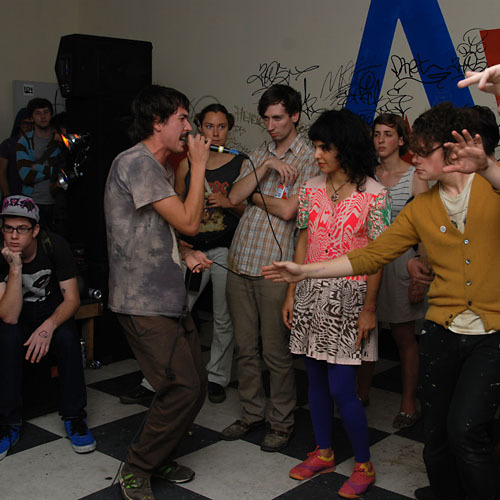 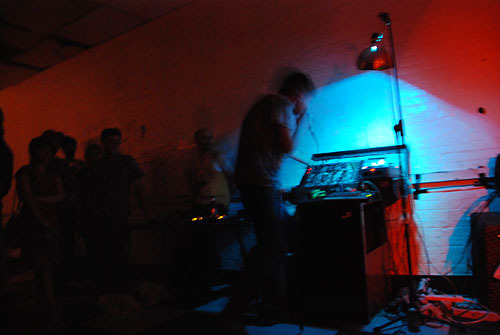 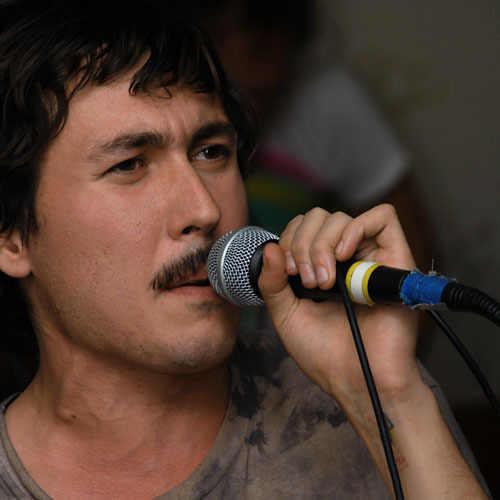 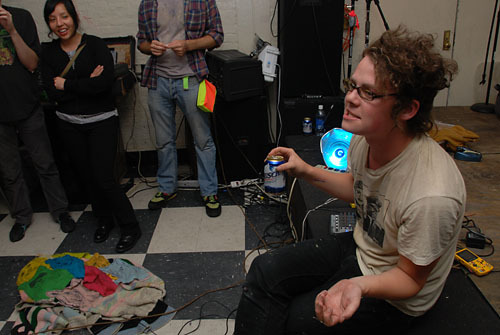 I was intrigued, but after a police appearance (as in squad cars, not a surprise Sting set) canceled his Whartscape 2008 set, I had to wait until just last week to find out. I'm told (by E4E1's Edan Wilber) that DJ Dogdick has two sets: dancier or gothier, and you never knew which... 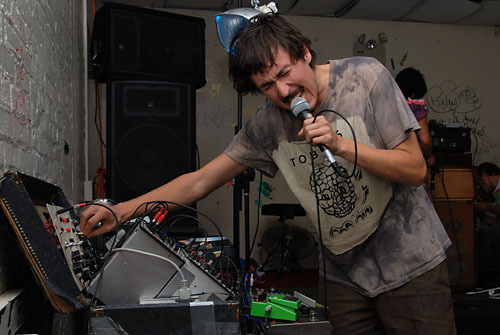