One thing leads to another and three decades later jazz-trained aggression still has its place at the forefront of New York punk in Little Women, not so directly Chance-spawned, but perhaps with echoes of John Zorn going grindcore, certainly of timeless frustrations with music school narrow-mindedness. And so the single sax of those past endeavors has become two (Darius Jones and Travis Laplante), still backed by convulsive electric guitar (Andrew Smiley) and thrashing drums (Jason Nazary), still playing down on the floor, jabbing dire primal melodies and anti-melodies directly into the soft underbelly of the audience. If one moment sees the quartet in controlled and elegant coordination, it's only so that they can whiplash into desperate cacophony in the next. And vice versa. They've even tapped new intensities, uniquely theirs, with their ever-harrowing set closer, Jones and Laplante emoting directly into the bells of their saxes, once in a sort of shout-sob, now approaching proto-language, both shrieked and gutteral.

Naturally, the best possible way to experience this is live. But the new album, Throat, is a commendable document nonetheless, clarifying somewhat without softening, allowing the hidden, terrifying nooks and crannies of this music to be probed at leisure.

The centerpiece of the new material, whether recorded or live, is “Throat IV”. Showcasing the new vistas that have opened up since their debut Teeth, the piece opens as a duet between the twin saxophones, each shading melancholic chord shifts behind the other, easily the prettiest piece they've recorded to date.

But there's much more going on here beyond the tonal concerns, especially live: a constant tension and disorientation lent by extended technique timbral warping, perhaps the illicit rasp of microtones which shouldn't be possible on a woodwind at all. But where past such duets, or similar material from other bands, usually delve into pure texture and atonality, everything here is kept in a tightly-controlled dreamworld dance of dischord and harmony far more skin-tinglingly thrilling than either could be alone. And then the drums and guitar drop and everything catapults forward into motion. It's a work that vigorously earns its 11 minute length.

James Chance isn’t dead but here’s where his spirit lies. 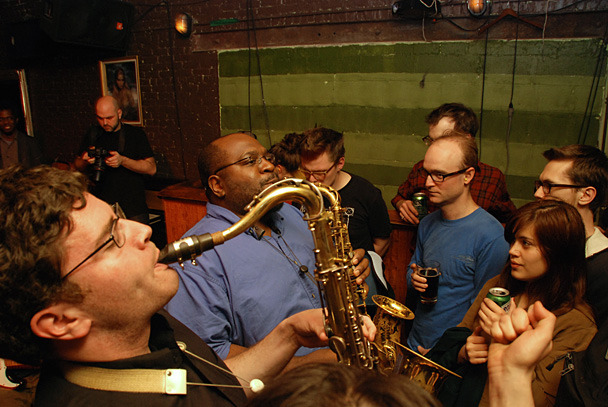 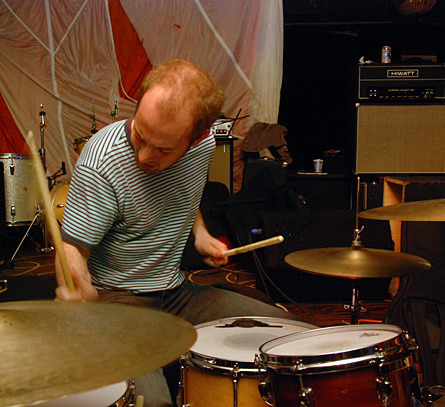 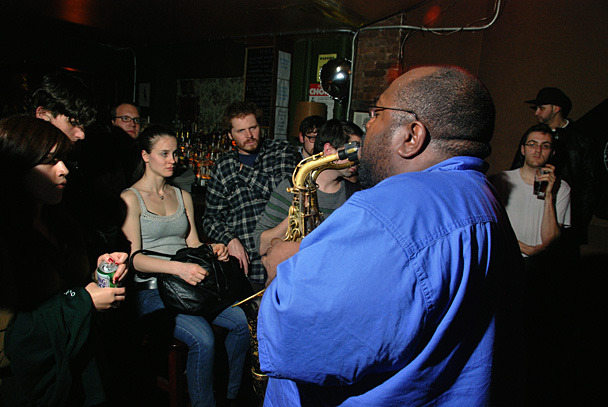 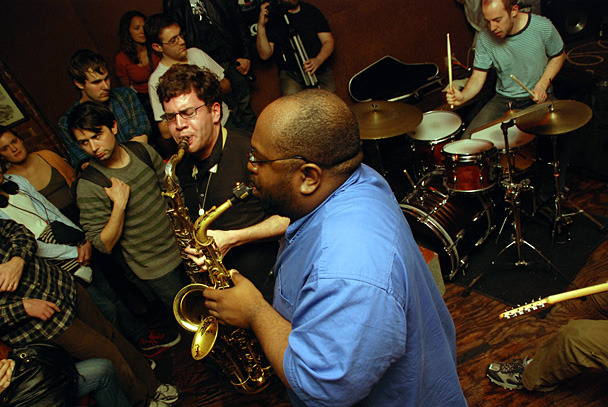 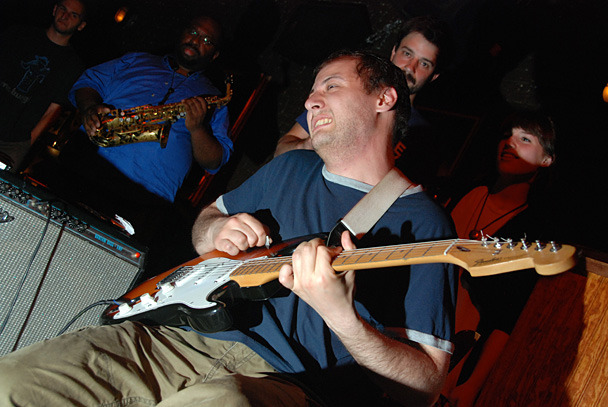 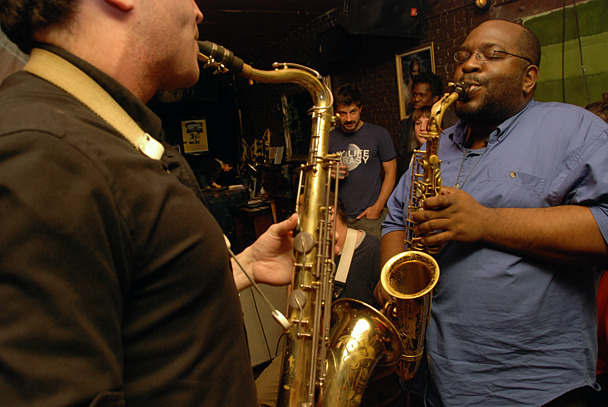 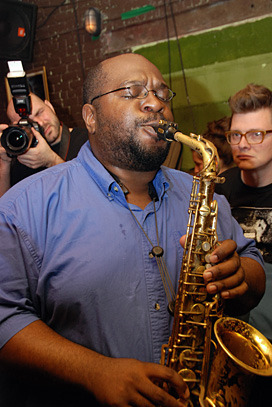 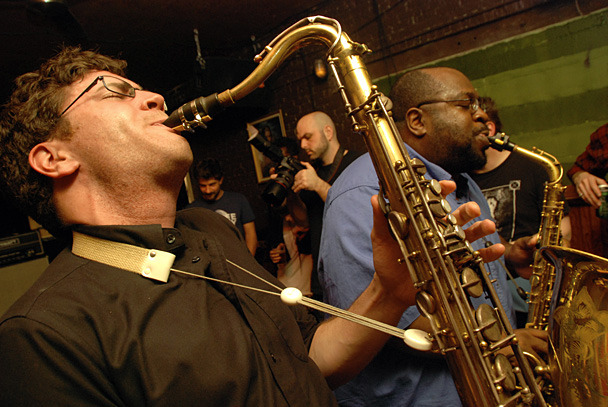 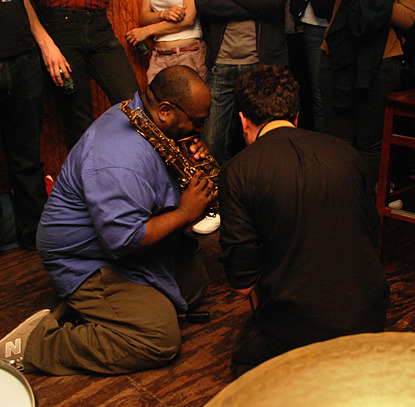 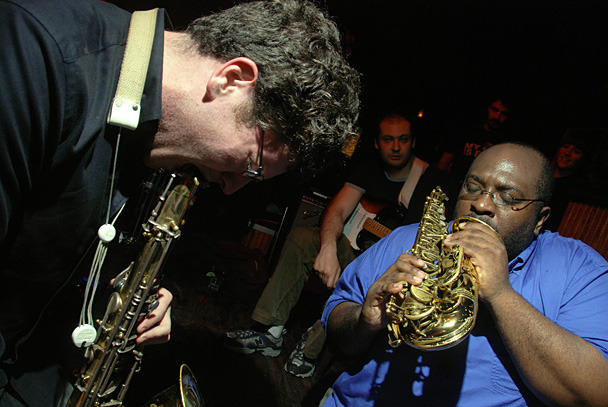 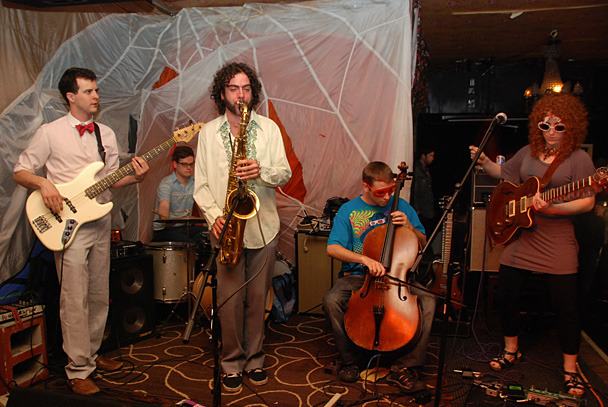 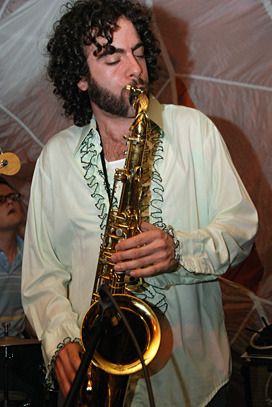 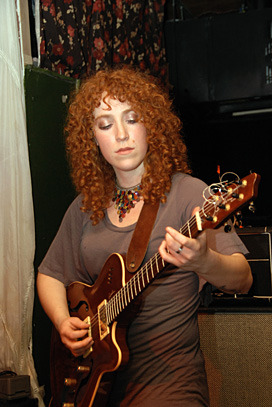 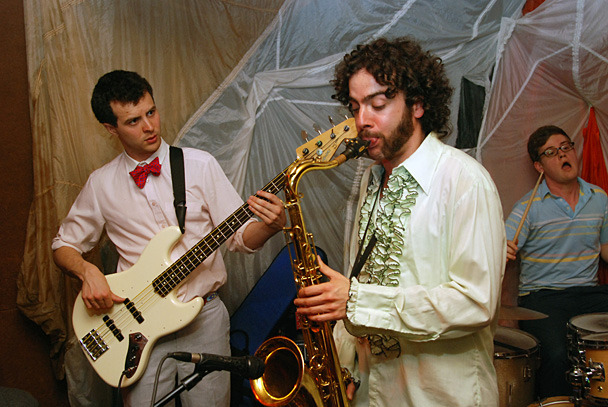 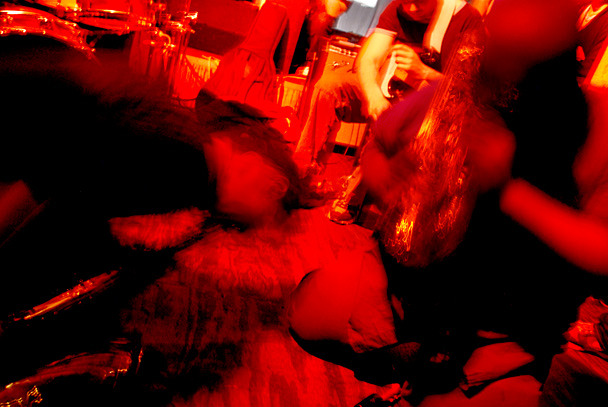