While I started this fair with the earnest intention of some sort of comprehensive writeup of the bands and labels that converged for the first (of hopefully many) New York Eye & Ear festival record fair/shows, it soon became apparent that the event's organizers had brought a smoke machine. I have personally not been in the same room as a smoke machine since one particularly awesome Bar Mitzvah that ended in laser tag. At that event, the music was not quite as curated (Mortal Kombat soundtrack?), and the glycol/water fog cocktail was the only thing we kids were inhaling. (Other than fun! And Sprite!)

In all honesty, the music acts, whose styles wavered between atonal noise, balls-hanging-on-the-floor metal, indie rock, noise-on-the-floor indie punk, took second stage to the community being fostered on the other side of the cavernous Vanishing Point. (And as an aside, this venue was truly “cavernous,” in that there were no windows uncovered looking out to the second floor Bushwick view we'd otherwise have proving to us that we weren't actually eight stories under the earth.) The record fair, in which 39 local labels put their releases on tables, sat around, got stoned, and looked at each other's shit, was the most novel and most enduring aspect of the weekend. This was a crucial moment for me, and I think for others who are involved in local record labels, in the minor revelation I experienced: I have no fucking clue how much is going on every day in this city.

Sure, friends who run other labels were also there: Inifinite Limbs, Baked Tapes, Acid Marshmallow, Fingered, Love Pump. But there were also collective/labels like Chrome Peeler, who've been putting out punk rock for years, Little Fury Things, who are cornering “eclectic,” Obsolete Unit's (well-labeled!) noise releases, Tired Trails Collective, whose folk cassettes are wrapped in handmade felt packaging, or Shinkoyo, who were giving away the remains of their vinyl and CD's, made over the last half decade in dispersed collective style from Ohio to California and back to Brooklyn.

And while it was cool to meet new people, those furry cassette tape holders were sort of why record fairs are important. NY Eye and Ear will continue to thrive because in no other setting is one reminded so thoroughly of the value of touching stuff. Stuff, in general, and records, tapes, zines, in particular. Cinder Gallery had a booth displaying the endless directions that the zine has been lead, away from crappy photocopies and into the realm of incredible photocopies (and print, lithograph, etc.). I bought a Magik Markers vinyl with art spray painted by hand and a comic book from the great Pete Nolan himself. And did you catch the Impose Records table? We were giving away our regular wares, but we also had new bits from our favorite locals, among which, Dinowalrus, Michael Jordan, Say No! To Architecture, Le Rug, Muggabears, Best Hits, Eskalators all enjoyed some real estate. 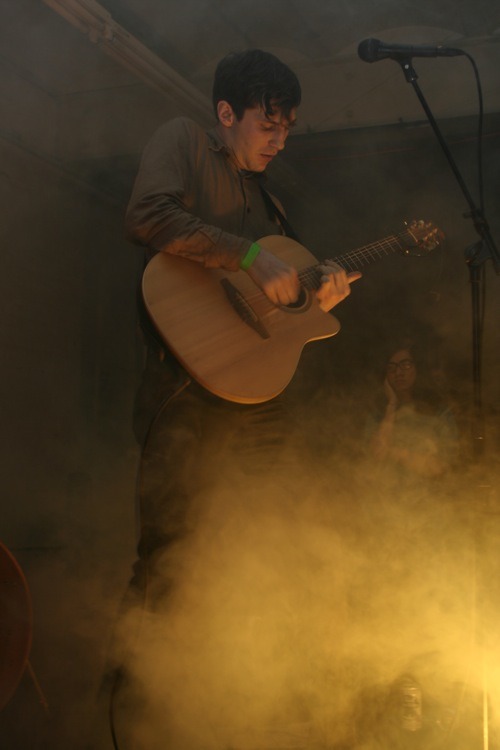 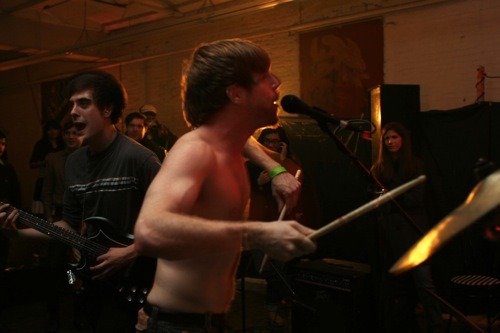 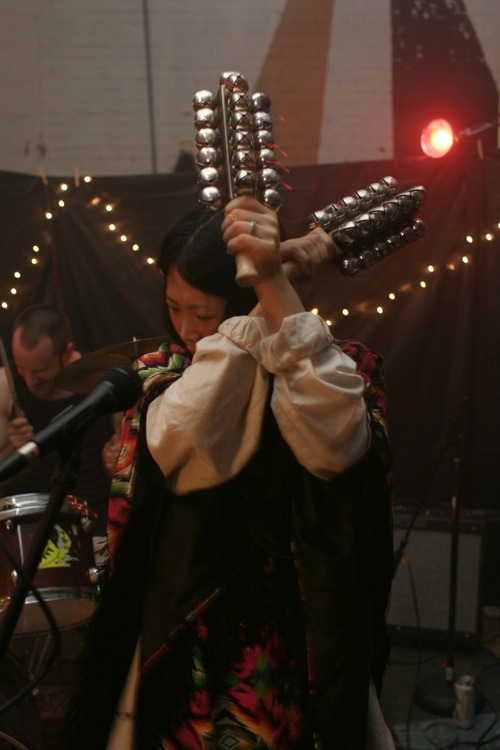 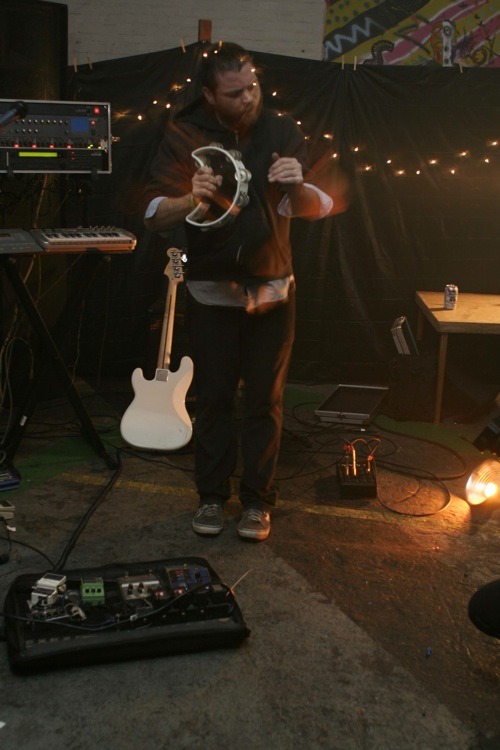 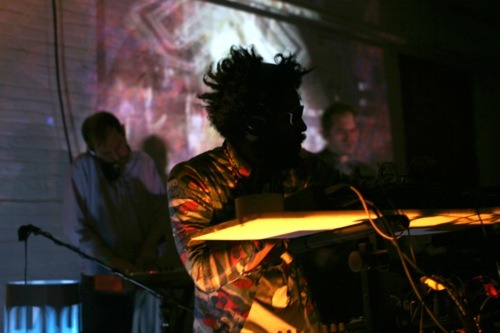 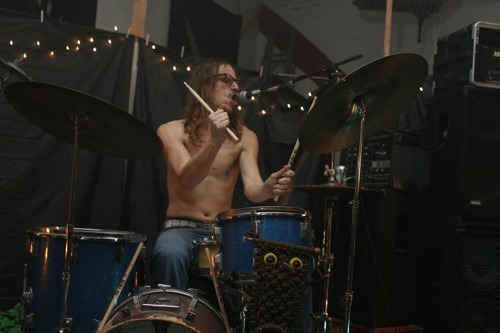 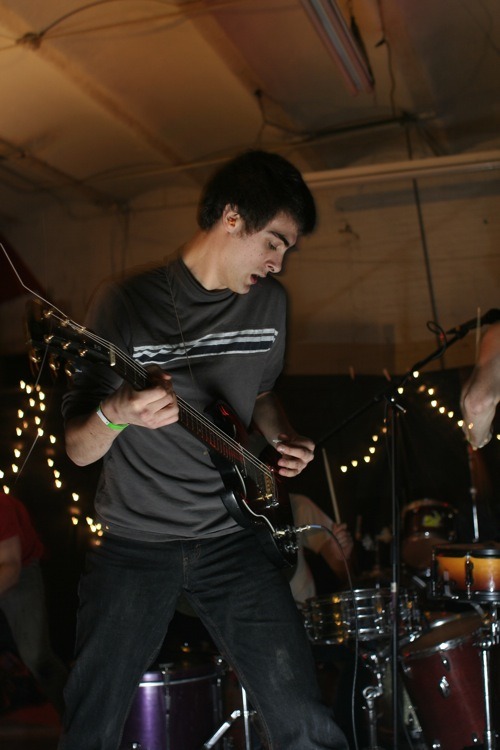 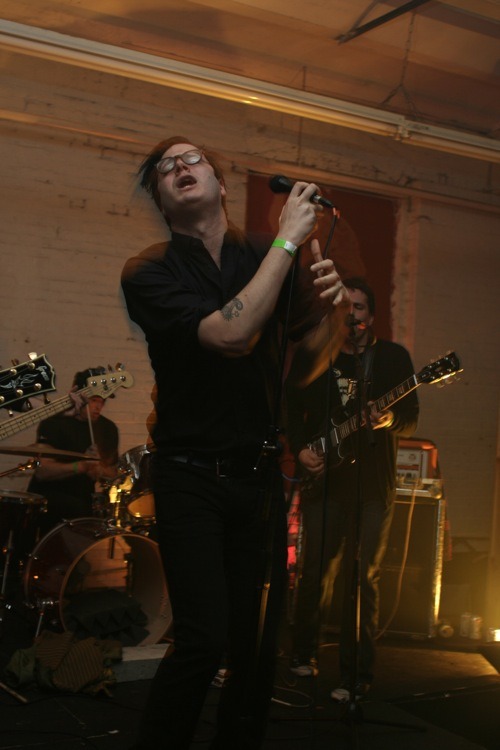 ), and the glycol/water fog cocktail was the only thing we kids were inhaling. (Other than fun! And Sprite!)In all honesty, the music acts, whose styles wavered between atonal noise, balls-hanging-on-the-floor metal, indie rock, noise-on-the-floor indie punk, took second stage to the community being fostered on the other side of the cavernous Vanishing Point. (And as an aside, this venue was truly... 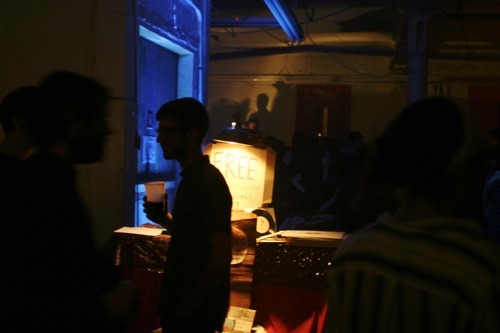