As we proceed to give you what you need, Impose presents day three of “Noise Pop”, an extensive study in the parameters of noise, pop and the people who intend to consider Kool Keith either of the two.

Tucked away in an alley, away from the main veins of San Francisco, the Mezzanine is sneakily swank, but still a suitable hip hop venue. Openers Crown City Rockers got cozy from the jump, oblivious to any notions that everyone wasn’t there to see them. Naturally some were; CCR is from Oakland, so a few outer Bayliens might have made that Alcatraz swim into the city. CCR rocked the spot within the hip hop band niche, clean basslines, the ocassional funky drummer break and dad-rock keyboards, but it’s the passion for performance that elevates them. Lead vocalist Raashan Ahmad is a b-boy in the truest sense. His voice carries above the sound much like Busy Bee; he is a master of the ceremony: call and response was the name of the game with plenty of “zingzingzings,” “oh-la oh-la oh-las,” and screaming.

Video killed the turntablist star once Mike Relm learned how to crab scratch Meg Ryan orgasming in When Harry Met Sally. Relm’s set has not changed drastically in the past two years, but people need to catch on in larger numbers for that to be a problem. Relm’s stage likeness as a harmless Resevoir Dog in black rims is perfect for mind-fucking the crowd through visual deejaying. Relm turns classic clips like Office Space‘s “oh face” scene into a scratch routine echoed with laughter and intermittent declarations of “holy shit!”

Relm interests me most when his persona conflicts with his awkwardness. One minute he’s cutting up fight scene clips to Rage’s “Killing in the Name Of,” the next he’s politely thanking a drunk b-girl who got on stage to dance, asking her “umm, who are you?” For the duration of his set, Relm is a giant. After seeing the first incarnation of his video DJ technique, I was certain by now the last place I would see Relm is wedged between a hip hop band and Kool Keith. I expected demand to push Relm into the territory that most hip hop DJs who fond for electro samples go – the club circuit, VIP parties and celebrity birthday bashes. But Relm has not lost his humble mumble. He is still flipping dance samples with classic hip hop refrains, tossing “A Mili” to a 80’s new wave tune, and scratching up hilarious movie scenes for potheads and boozehounds too far gone to move to the beat.

I was nervous about Kool Keith. Internet folklore pegs Keith as an unreliable performer, showing up late or not at all, shortening the set, or exuding a weirdness that doesn’t translate to the stage. I’d like to think I got the best Keith possible. 21 years since Critical Beatdown, and Keith is still making chumps ease back. After burnig through a few Ultramagnetic MCs classics, he switched gears letting DJ Kut Master Kurt spin Keith records like a rolodex. Keeping up with Kool Keith records exhausted the fuck out of me while I was still in high school. I fell off somewhere around Matthew. Since then he’s released six records under his name; there’s no telling how many ill-minded groups he’s formed for an album and bust. I remember Analog Brothers with Ice-T. Do you?

The set suffered possibly from Keith’s prolific nature. How do you fit 21 years and 11 solo albums, including b-sides, singles-to-compilations and notable guest appearances into 90 minutes? Keith’s solution: only perform the chorus. Taunting at its worst moments, getting 30 seconds of “Get Off My Elevator” crushed me (though it was admittedly efficient). I witnessed a live tribute of Keith, by Keith, staring his alter egos Dr. Dooom and Dr. Octogon. I got to sing-a-long to “keep it real, represent, what!, my nuts” and bug out to “Blue Flowers.”

Just when I forgot about the side of Keith that loves pornographic material, he busted out a copy of Black Tail, proving his poster-digging skills. Keith toted three of his favorite magazines, giving away the pull-out posters and commenting on each girl’s notable features. Taking it back to the days of Sex Styles, he invited some girls on stage to perform in bras he provided. Drinks were too expensive at Mezzanine, considering not one girl removed their shirt or showed some cheeks for Keith. One girl attempted to put a bra on Keith, in which he begrudgedy replied, “it looks I’ma have to fuck some of you girls in the ass tonight.” 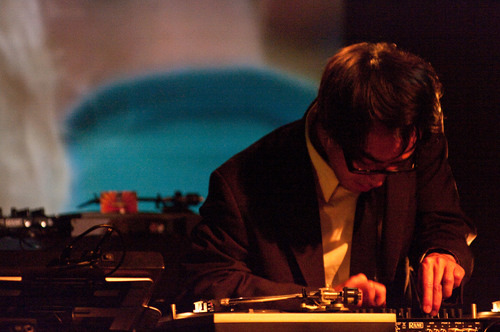 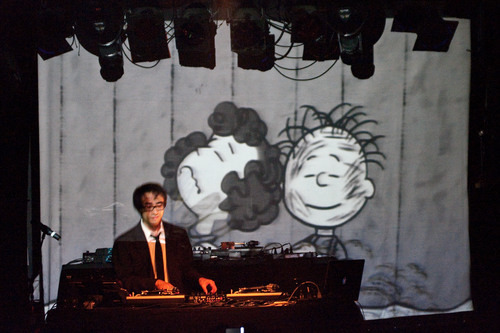 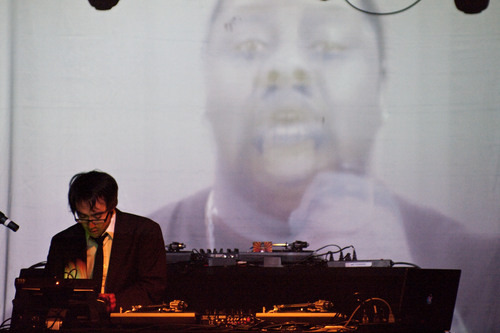 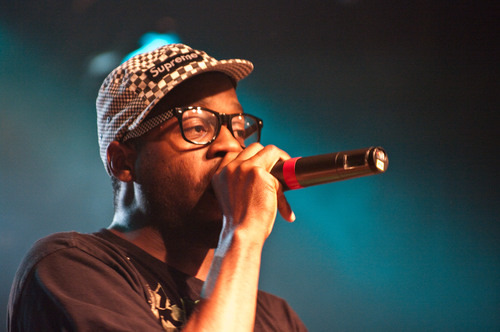 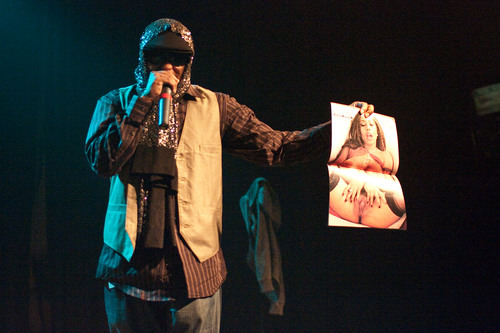 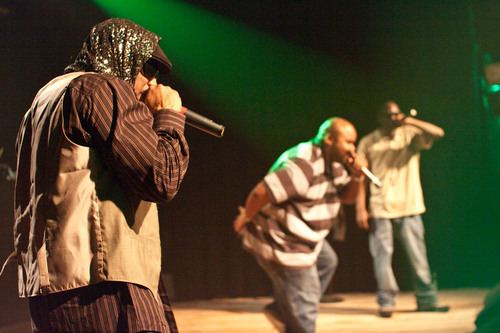 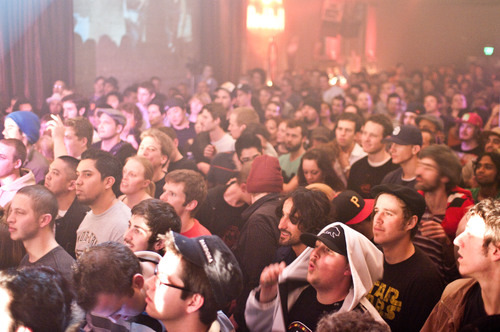 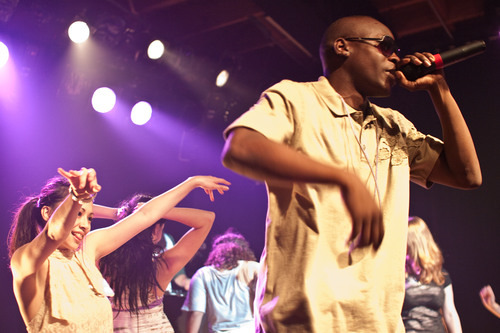 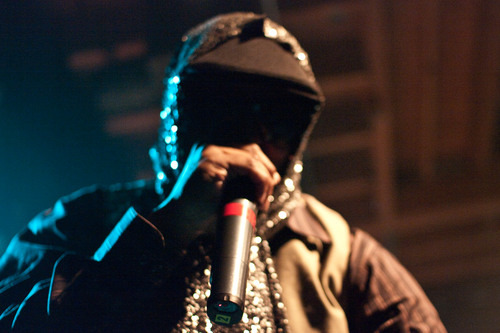 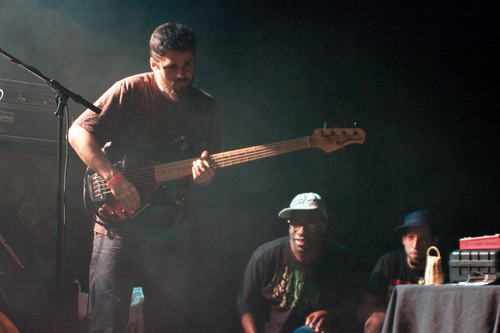 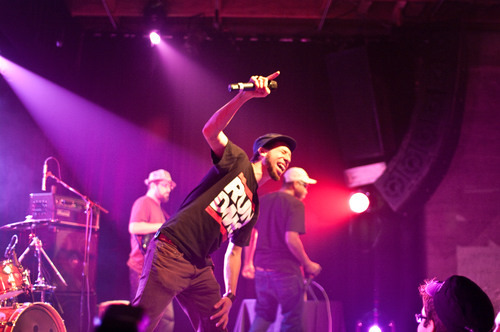 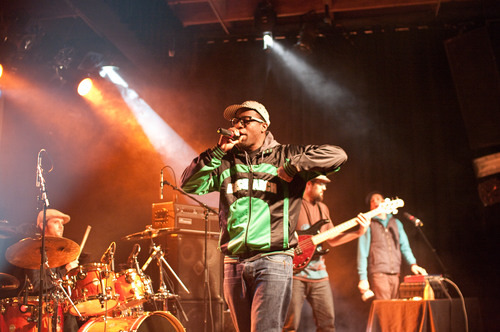 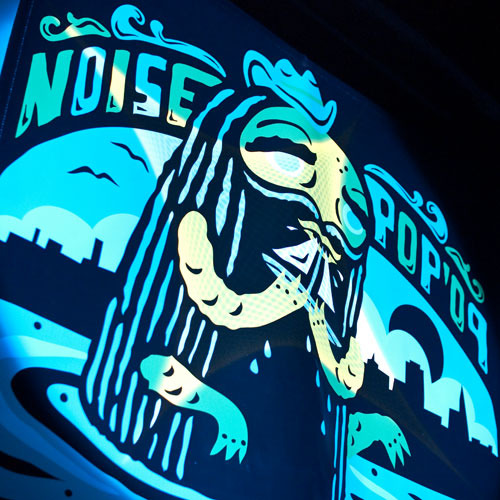