For every O’Death or T.K. Webb — roots music re-routers that catch the stylish ear of Brooklyn — there are many more operating in similar styles that never make, or seek, such a leap. One forum for such purveyors of the rustic and aged-dappled is Red Hook’s Jalopy, hosting a variety of early century blues, bluegrass twang, and ragged folk six nights a week. Wednesday nights, the theater presents the self-explanatorily named Roots ‘n’ Ruckus, hosted by Feral Foster and seeming to cater to a younger crowd arrayed in stylish period wear. Which period? Well, many of them, but mostly not ours. The night seems to reach across many eras at once, pulling acts across the stage in a lively progression that saw seven distinct styles over the roughly three hours I was there. I guess there’s something to be said for the acoustic simplicity of stage set-up that such acts offer.

Highlights, for me, came early, with a rapidly picked slide guitar set from a musician whose name I failed to catch, followed immediately by Brownbird Rudy Relic, who preceded his performance with a warning that he had bruised his spleen by falling off the stage at another recent show. How could this happen? I mean, this is folk music. Pretty sedate stuff, right? Not so. By the end of the first song Brownbird was cavorting across the stage, slamming out his chords while playing a kazoo rigged into a harness like that usually seen holding harmonicas. Bruised spleen or no, he did not appear to be taking it easy. As he yelped and vaulted (frequently with a vocal flexibility more usually associated with R&B) through five or six songs, head thrown back, hair flying, I realized that I could picture audiences almost anywhere responding to this sort of thing. The universality of energy and charisma.

At the end of his set, Brownbird mentioned that he was actually straight-edge, lest we find ourselves recounting his performance later with inaccurate addenda like “and he must have been on PCP.” Al Duval, on the other hand, opened his set by mentioning that his swollen liver was pushing right up against his lungs. A drink was at the ready at all times, and especially when he needed it to gargle out the chorus of a song about mermaids. In many ways Duval was more typical of expectation, both in whiskey-soaked persona and in jokey, conversational song style, strumming a simple support for the punchline sure to arrive every four measures. Puns abounded. It got a little predictable.

J Dog (or J-Dog, or Jay Dog, or some variation on that theme) followed with a set of old jazz/blues, jumping from guitar to a seemingly largely improvised shaggy dog story on piano mid-set. Given my relative unfamiliarity with Jalopy’s oeuvre, I tended to see much of the night in archetypes, and like Duval before him, J Dog seemed immediately to step into one: the blind, affable bluesman, fingers dancing with careless ease behind his lewdly amusing anecdotes.

C.W. Stoneking, the touring Main Draw of the night’s bill, was perhaps the most archetypal of all. Standing on the stage with guitar and banjo in a white suit and bow-tie that echoed Duval’s, Stoneking lolled his words with some combination of Australianness and old-timeyness merging into a slurred early-century drawl that seemed certain to be sheer artifice until I heard it maintained in casual conversation off-stage. Perhaps he really did live an early-century life: several of the songs Stoneking played were from a new album based on his experiences in an actual shipwreck off the coast of Africa. Less typically, the starch-suited Australian pulled from that impromptu trip with melodies and rhythms drawn from the African music he encountered (without sounding a bit like Vampire Weekend).

Cutting his set a little short, Stoneking turned the stage over to tour partner Mamie Minch, whose history-steeped folk ballads culminated in a piece written by the sole women living a century before in a mining town, her voice imbuing the words with conviction and worn dignity.

By the time Roots ‘n’ Ruckus organizer Feral Foster took the stage, the night had crawled well past midnight. His set was typical of the whole: a meeting of age and youth, delivering on both the roots sounds and some amount of the promised ruckus. While it’s easy to see only a single facet of New York at a glance — downtown experimentalism, Brooklyn art-punk, Lincoln Center high culture — a night at a place like Jalopy (or, perhaps, Pete’s Candy Store in Williamsburg, where several members of the Roots ‘n’ Ruckus bill played the week before) serves as reminder that a city of this size supports endless sub-cultures, detached from one another but no less vibrant for it. 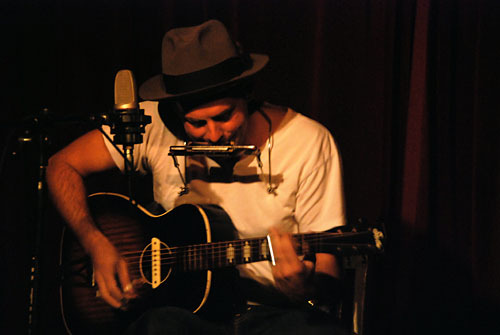 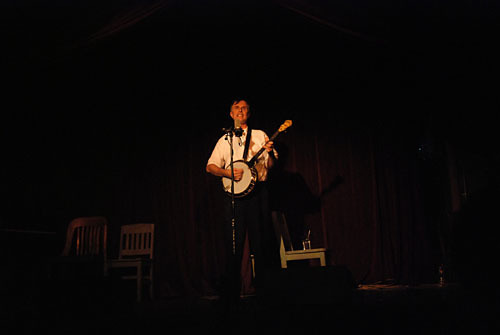 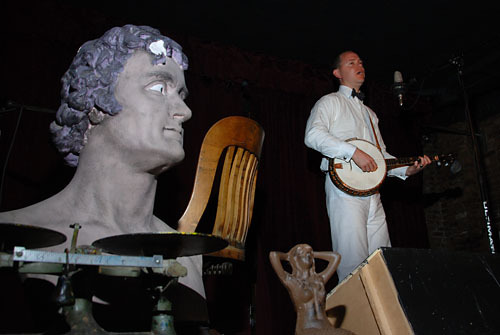 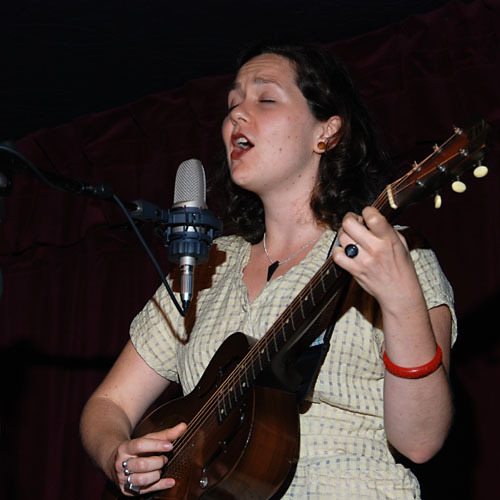 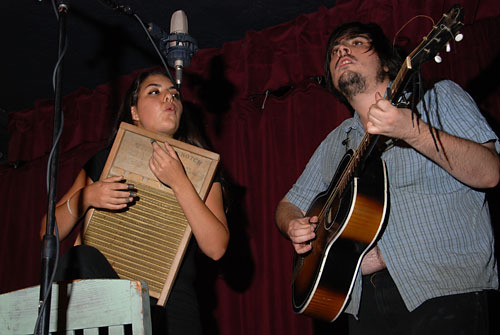 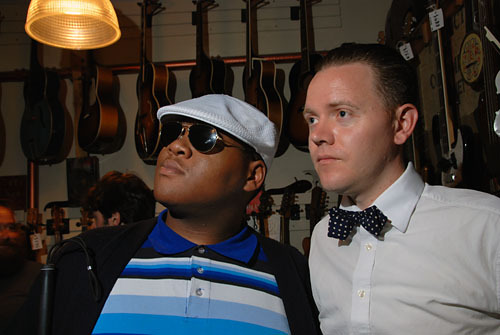 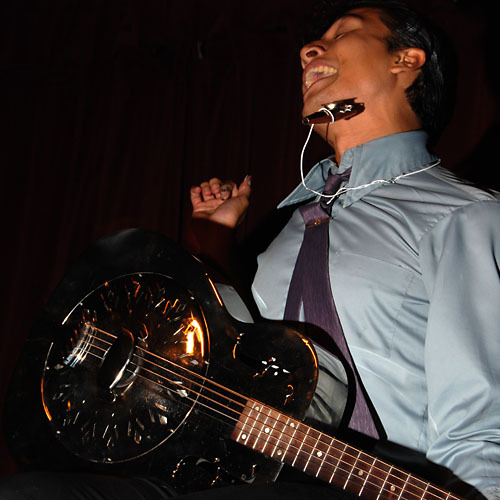 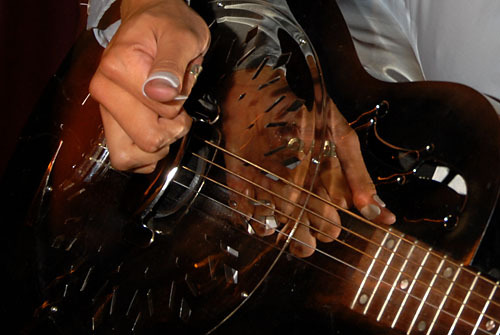 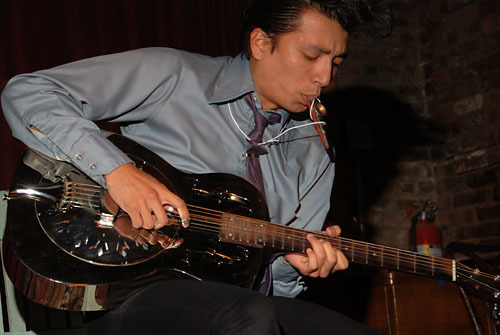 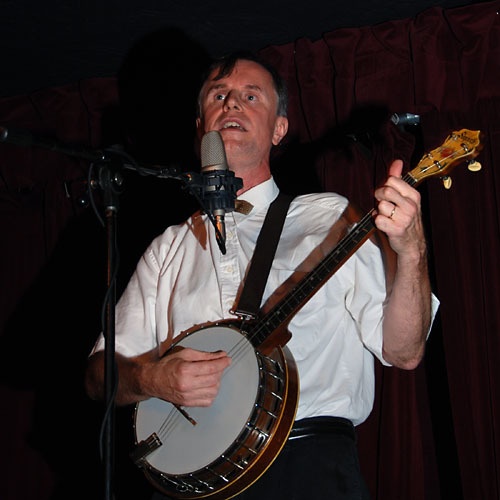 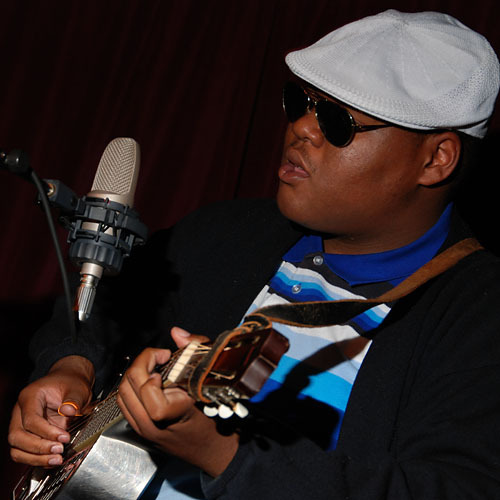 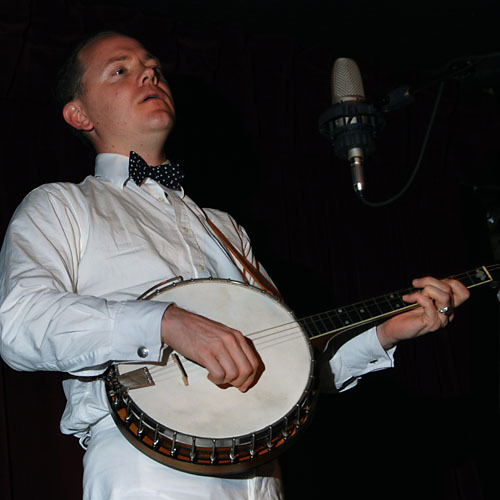 Well, many of them, but mostly not ours. The night seems to reach across many eras at once, pulling acts across the stage in a lively progression that saw seven distinct styles over the roughly three hours I was there. I guess there's something to be said for the acoustic simplicity of stage set-up that such acts offer.Highlights, for me, came early, with a rapidly picked... 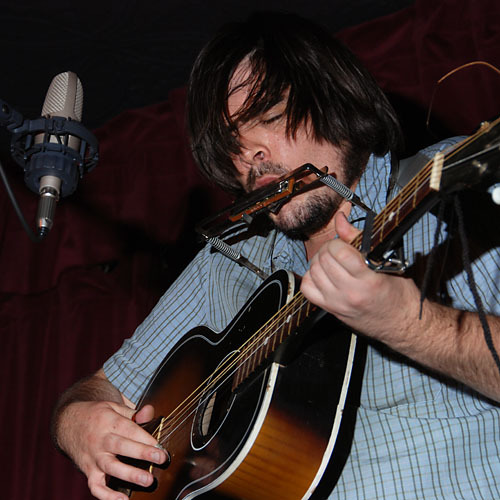