Thank you Sonic Youth, for feeding us the unadulterated nostalgia we crave: a set list for those like me who were too young to hear Daydream Nation in the days of its inception, when I still have to believe it was played a lot louder and more rawly. They originally practiced it, as Thurston Moore quipped, “in a practice space about the size of my guitar amplifier,” on 8th and 1st Ave in the East Village. “It’s weird, we never imagined playing it in the universe,” he said, motioning to the heavens above the open-aired McCarren Pool stand-in for an amphitheater. But I paraphrase.

So did Sonic Youth tonight, delivering their Daydream Nation opus below two decades of musical maturating and mellowing. You have to wonder whether a Daydream of such zeitgeisty proportions was intended to be a more glazed-over, sleepy trip into chaos in the first place. Moore noted to Pitchfork that on relistening to Daydream‘s master tapes, he discovered that “it sounds like I’m wearing a boxing glove on one of my hands.” Maybe their expressive range in 1988 wasn’t as flexible as it is today, and the hazy sheen that covered every song tonight was an intentional revision of their amped-to-11 delivery back in the day. On Saturday, vocals were rarely strained, guitarists graciously left space in the mix for others, and while Steve Shelley sweated up a storm, his drumming, as always, stayed snugly in the pocket.

It seemed that Sonic Youth consciously held back the pay load, never losing command of their supple arrangements, in one of the best two-hour cock teases of my life. After, they indulged us in double encores that brought them “back to the 21st century”, as Lee Renaldo put it. And while their 21st century material does stand up to their earlier stuff, it’s sort of a Steve Shelley five-foot something to Thurston Moore’s six-foot whatever. Rather Ripped songs like “Reena” and “What a Waste” are beautiful, but they’re neither epic nor bombastic; their reach is limited by their closer allegiance to melodic pop. On the other hand, SY’s handling of Ripped‘s single, “Do You Believe in Rapture” affirmed that their ongoing romance with dreamier pop music hasn’t buried their instinct for dissonance, with soft-stroked overtone chords flirting over Renaldo’s percolating brew of controlled chaos.

That flawlessly broken feedback on “Rapture” replicated the studio version so precisely that by comparison, a number of their Daydream Nation numbers seemed like alien reconstructions. And while their improvisational forays, in the “Silver Rocket” breakdown, for instance, counteracted any perverse need to hear exactly what’s on my iPod, it was a slight disappointment for the obsessives among us to not be spoon fed the overtone hook in “Hey Joni” verbatim, nor get the growling half-tone dissonance of “Kissability” precisely mimicked. Maybe these alterations were conscious revisions. Perhaps the original sounds are permanently lost to the studio version.

At the second encore’s start, Moore promised, “Dude, we’d play all night if only the city would pass the Anarchy Ordinance.” We need a few good punks lobbying City Hall on that one. 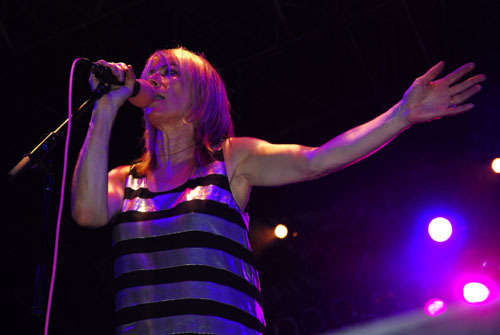 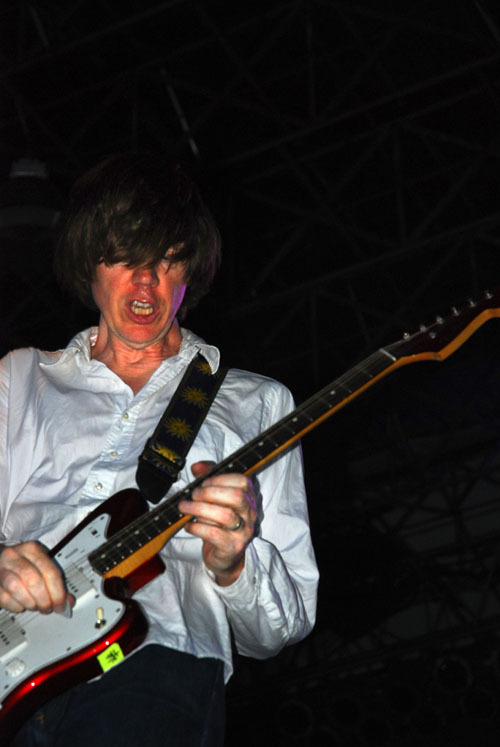 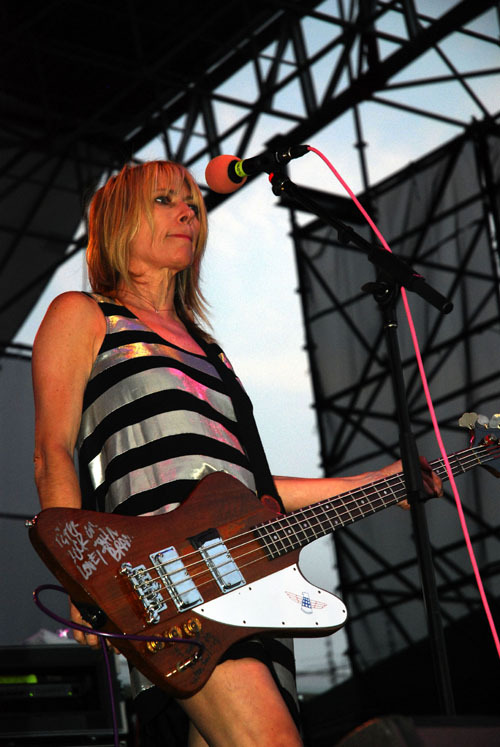 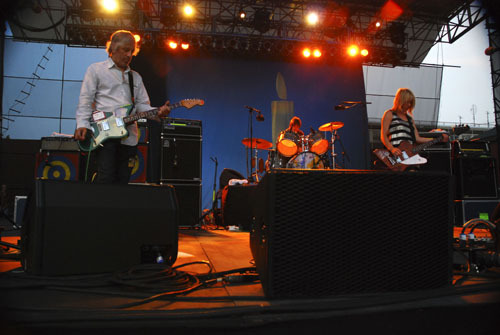 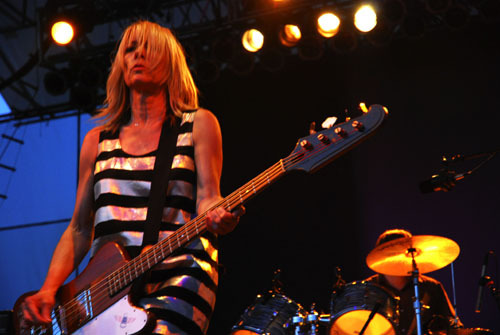 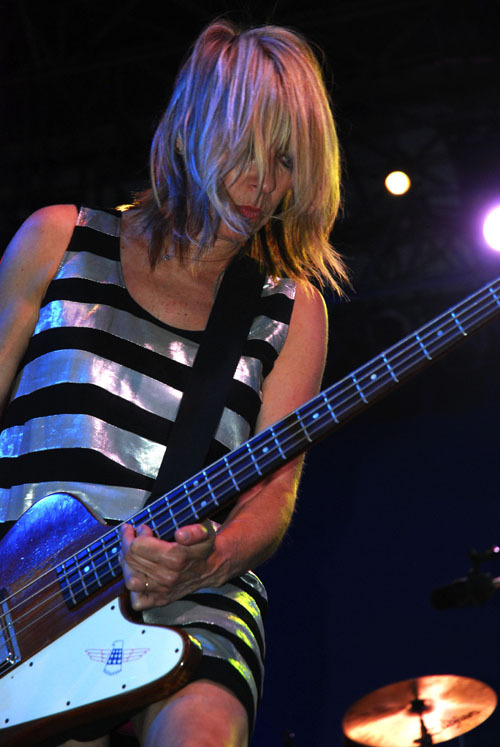 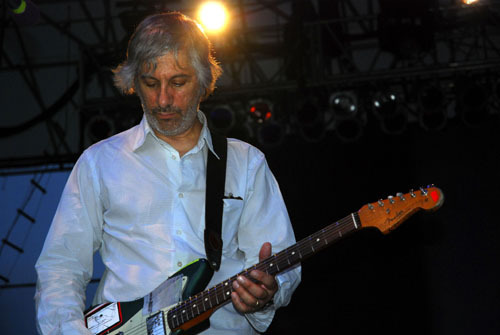 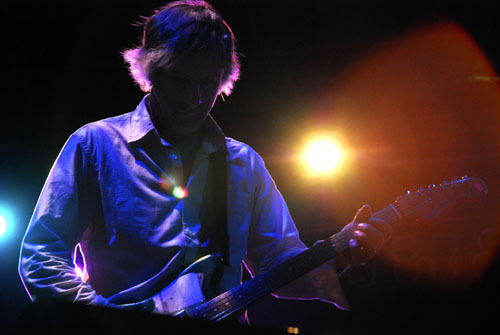 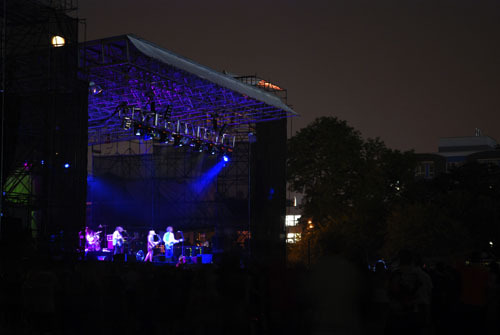 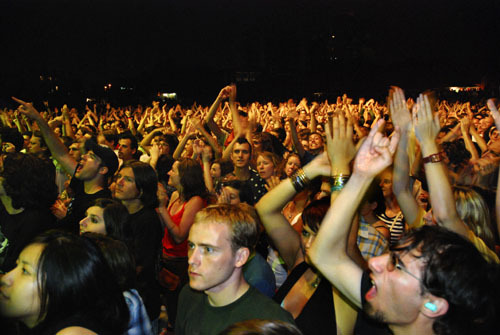 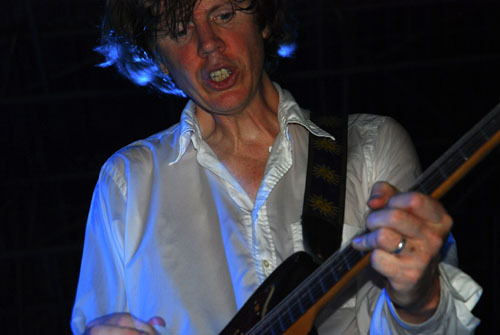