Last year’s Pool Parties in Williamsburg’s long-abandoned, recently-refurbished McCarren Park Pool were easily my favorite free show series of the New York summer. The sound was decent, there was Brooklyn Lager on tap, the dry pool floor compensated large audiences easily, and since the bands played above, on the pool rim, there was always a good view from pretty much anywhere. There was a slip’n’slide and dodgeball league. But the real sell was the curation: somehow organizers JellyNYC managed to book bands like Deerhoof, Of Montreal, Pretty Girls Make Graves, and Spank Rock, all free and open to the general public every Sunday afternoon. While I’m not sure even all of that can top some of the smaller, more intimate single-shot summer shows (Todd P’s free Roosevelt Island BBQ springs to mind), it beats the city’s regular institutions, like Central Park Summerstage or River to River, hands down.

Now, back with even better sound and bands like Man Man, Blonde Redhead, Dan Deacon, and the Thermals all lined up, this summer promises to be just as good. It seems Helio is the primary sponsor this year, with phone/media-player/gizmo demo tents set up on the pool floor and V.I.P. status for Helio customers.

Everything kicked off Sunday with a triple bill of +/-, Oakley Hall, and Superchunk. I made it just in time for Oakley Hall, discovering their take on electric country to be decisively less contrived than the usual Backwoods Brooklyn set (O’Death et al) with which they share a borough. Incidently, despite traveling elsewhere for influences, their Brooklyn roots go deep: the bandwas started in 2001 by Oneida co-founder Pat Sullivan.

Headliner Superchunk’s rock roots run even deeper. Started in 1989, the band embodied the era’s d.i.y. rock aesthetic to the hilt, dodging bids from the majors to release on their very own Merge Records, which has since gone on to sign the likes of the Magnetic Fields, Neutral Milk Hotel, and Arcade Fire. Today, 18 years deep in their career, they still seem to sound as good as ever though I admittedly never caught any of their shows back in their heyday, and now, with founder Mac McCaughan concentrating on his other band Portastatic, they seem to function more as a nostalgia act. Still, a new 7″ just came out (the first release in five years) and the guitars still sizzled satisfyingly, painting in the space around McCaughan’s signature shrill vocals. 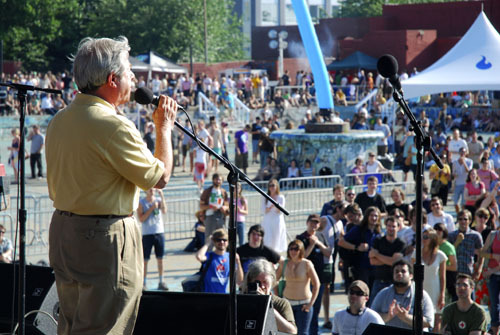 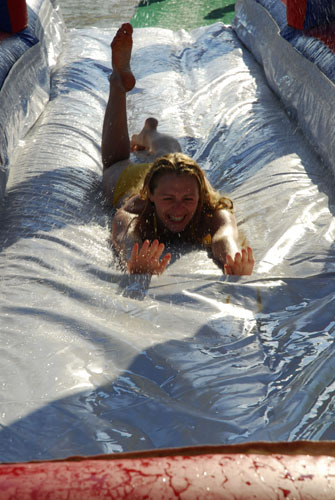 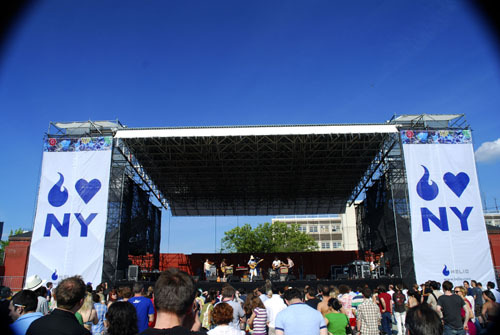 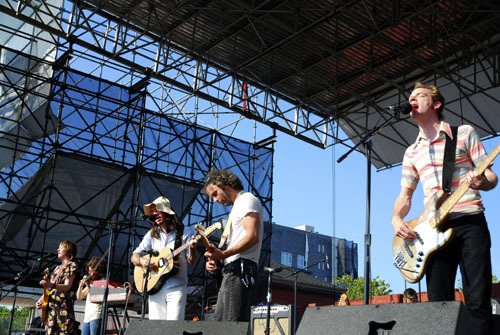 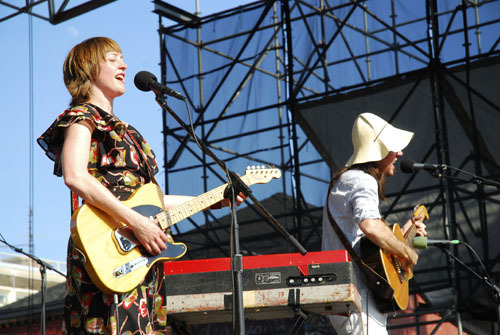 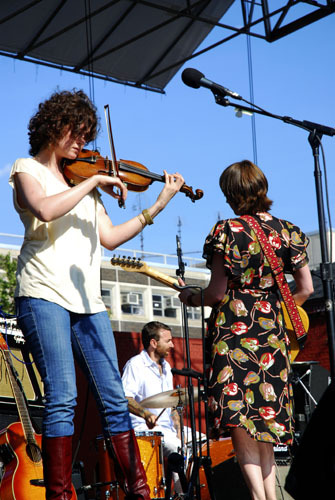 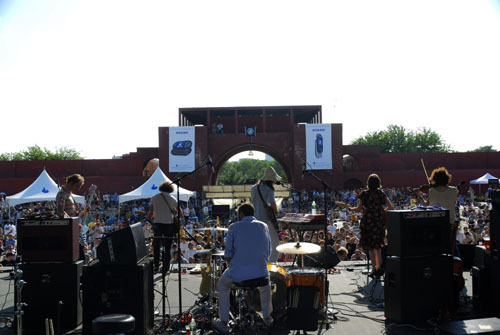 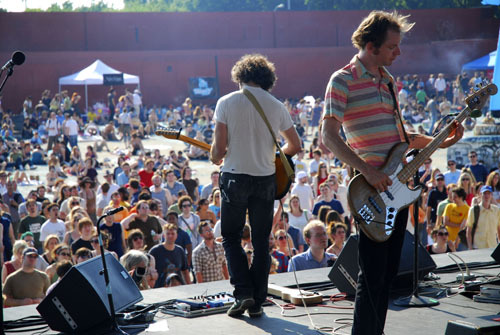 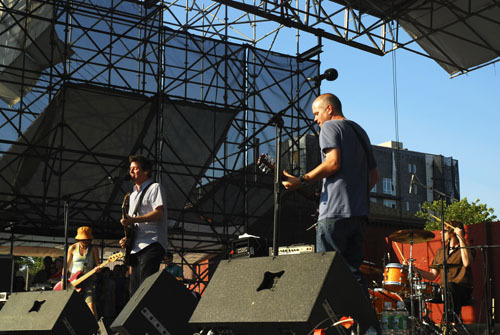 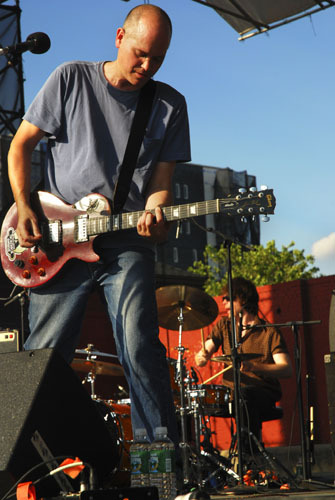 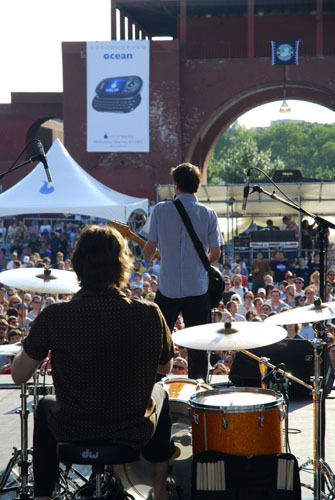 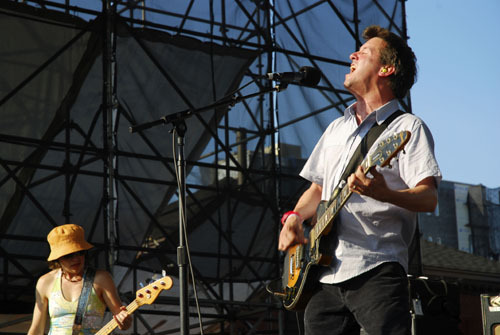 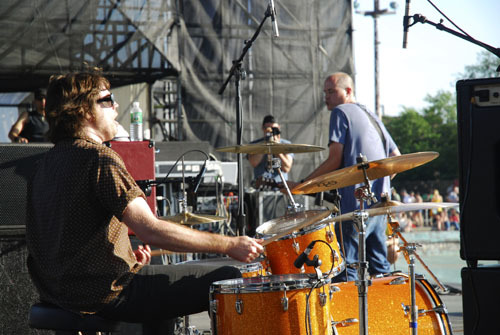 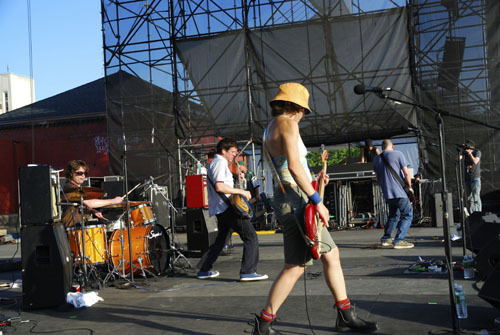 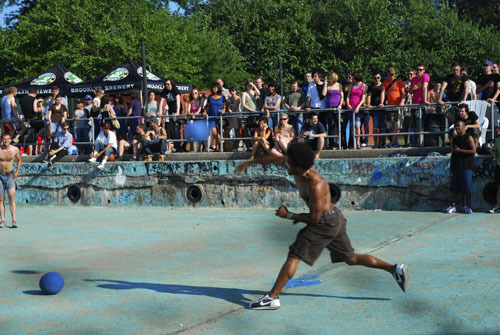