The Beets at The Creek and the Cave

I don’t recall where I first read an indictment of the effect of blog buzz on breaking bands, but I’ve been conscious of it ever since.

Paraphrasing someone else’s concept: in the constant race to undercut the lumbering established music press and find the best new bands first, we’re collectively getting excited about new bands earlier and earlier in their development cycles. By instantly canonizing a band on relatively little information (see: Clap Your Hands Say Yeah), we practically guarantee that they’ll peak too early and be relatively unexciting by their sophomore release, whereas, in the past, a similar band might have had several years of expectation-free albums with which to build up a solid fan base. These days, music breaks fast and is forgotten even faster. Of course, there’s no going back to finding out about new music slower (no one wants that, really), and shouldn’t the best bands come out of the critical crucible even stronger for the experience?

And so it’s with somewhat mixed feelings that I put forth a band that formed this spring and has only played a handful of shows. Fortunately, I’m pretty confident that I’ve got far below band-ruining levels of influence. And so: The Beets play sunny, effortless 60s garage rock. They’re a new band and it’s certainly pretty simple, direct stuff, but theirs is a sound that, for the moment, requires no embellishment to be purely enjoyable. I challenge you not to get the lo-fi pop of “No Blood” (from their myspace page) stuck in your head after a few listens.

The Beets dropped onto my radar out of nowhere at the free Roosevelt Island BBQ show a couple weeks back, and sounded good even acoustic in the middle of a field. So on Friday I confirmed that they hold up quite well with electricity, at Long Island City’s The Creek and the Cave. Yes, that’s in Queens. Don’t look so surprised: the Beets themselves hail from Jackson Heights. Surely you didn’t think that Ridgewood’s Silent Barn was a pioneer? It’s no coincidence that the show, just one stop out of midtown Manhattan was booked by Brandon over at LICPop, currently working to ease the borough further onto the rock radar (“I sometimes think of just billing these gigs as “North Greenpoint” to save the hassle of explaining that “Long Island City” is actually in New York City”).

The opener I caught was The Nuclears, a sort of post-ironic “stadium” rock band, pulling in everyone from Aerosmith to Deep Purple. The set ended with a guitar solo so long that the rest of the band left the stage for a while. Though it’s tempting to view guitar solos and hair band impulses as side effect of being at a show in Queens, don’t be fooled: they were the sole Brooklyn band on the bill. The opener I barely caught (but who sounded pretty alright, at least in my minute-long dose) were the So So Glos, who are playing free at Water Taxi Beach to celebrate our escape from the yoke of British rule this afternoon. 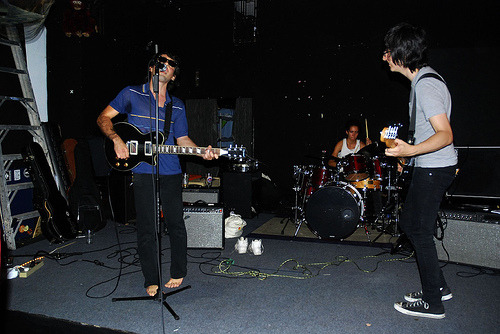 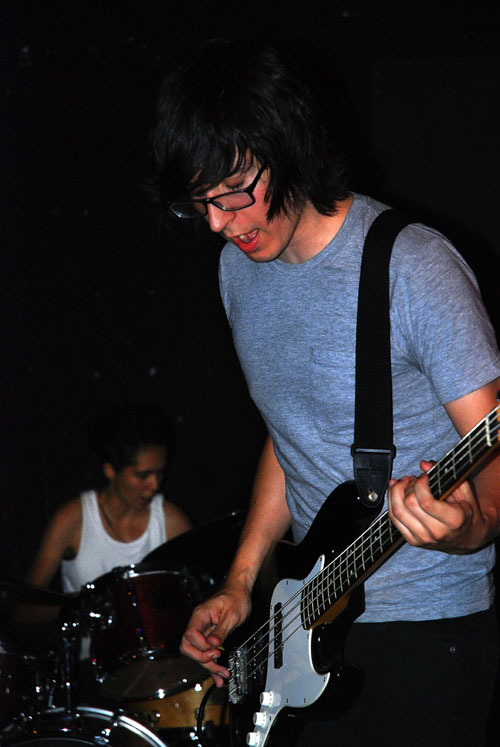 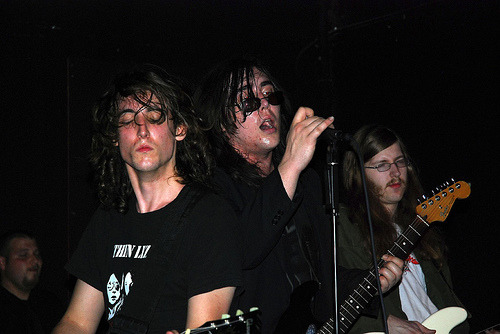 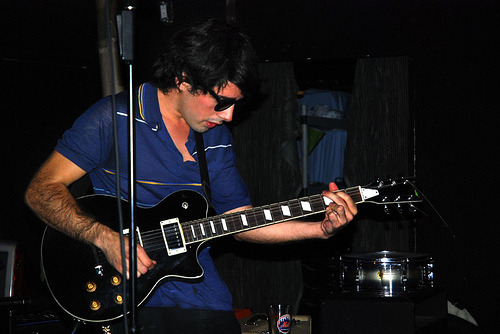