Bang On A Can at Winter Garden, World Trade Plaza

Summer in New York has the distinction of being both free concert season and music festival season, and in certain notable occasions both of those at once, as with Sirenfest and, somewhat more obscurely, Bang on a Can. Tucked away in the Winter Garden of the World Trade Plaza, a dramatic if overlooked venue where seating winds between tall palms clutching an arched canopy of skylights, Bang on a Can serves as rare populist outlet for contemporary classical and various related avant-motives. Begun in 1987, the festival has grown to a 26-hour marathon and extended its name to include other projects, such as the Summer Festival at Mass MoCA, a new yearly program for music students.

I timed my arrival to a set from one of the odder choices for a predominantly classical program, but one which underscored the festival’s apparent mission in bridging musical gaps: an all-too-brief set by the Books. Melding musique concr√®te’s far-flung sound mosaic with adamantly listenable acoustic bits of folk and orchestra, the Books’ songs always seem to possess an underlying logic, but one which is rarely made explicitly clear. On stage, members Zammuto and de Jong faithfully reproduced much of their music live for guitar and some kind of bowed string instrument, accompanied by pre-sequenced noises, and surprisingly, compelling found-footage video art. In an especially intriguing new piece, “Eight Frame”, the duo calibrated the framerate of short, looping video clips precisely into the timing of their playing, to hypnotic effect.

A variety of unusual performances followed. Video resurfaced to add dramatic tension to festival co-founder Michael Gordan’s Gotham (played by TACTUS), an exercise in revolving piano arpeggios and rising orchestral clamor. Another Bang on a Can co-founder, David Lang, presented his Anvil Chorus, an all-percussion piece for an atypical kit performed by drummer Steven Schick (granted a surprising tonality from the prominent inclusion of lengths of hollow pipe and hub caps). Audience members, many dozing on the floor as the night deepened, listened in dreamlike bliss to a sparse, drifting recreation of Brian Eno’s complete Music for Airports. Finally, after an intriguing Varese treatment and piece involving no less than eight cellos, South American TV-star-turned-singer/songwriter Juana Molina took the stage. With an expert application of a looper pedal array, Molina built her songs on the fly, layering her acoustic guitar with pre-made drum loops, a set of bright, gushing keyboards, and her own multi-tracked voice.

By the time Molina finished her last song it was after 4:00, but I’d been staying on through those early morning hours in anticipation of one last part of the program. To accompany the gradual bleed of color across the skylights as the sun began to rise, a rare live performance of seminal minimalist composer Steve Reich’s sprawling Music for 18 Musicians. Afterwards, winding my bike through the near-empty 6:00 AM streets, the continuous pulse of xylophone and marimba chords still seemed to flutter past, held notes of wordless female voice to hang in the air, counter-melodies for piano and clarinet to interlock with the whir of my tires, all the way across the Brooklyn Bridge. 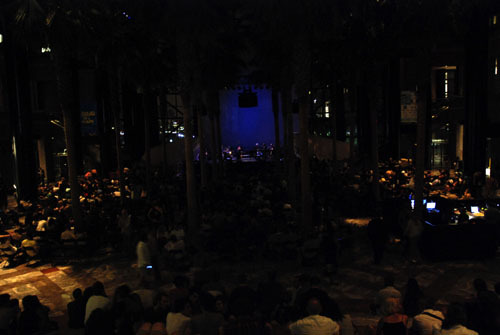 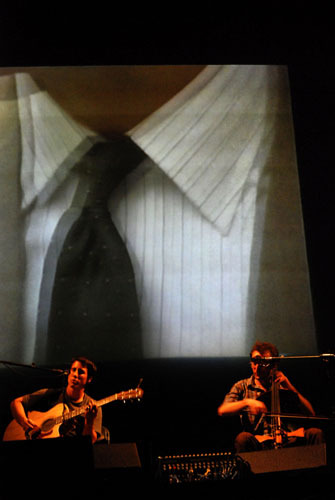 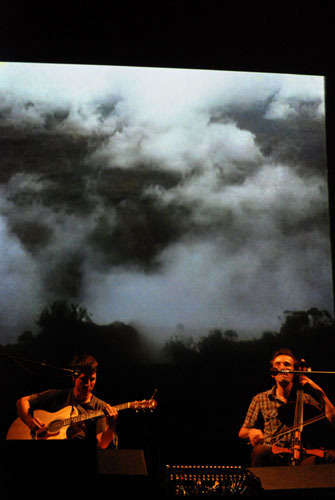 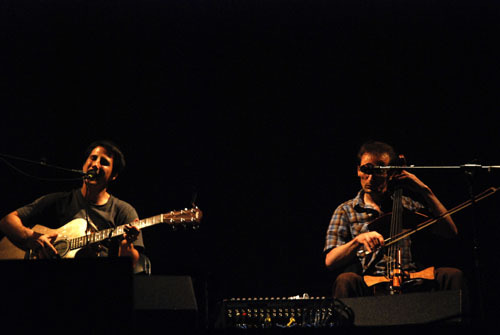 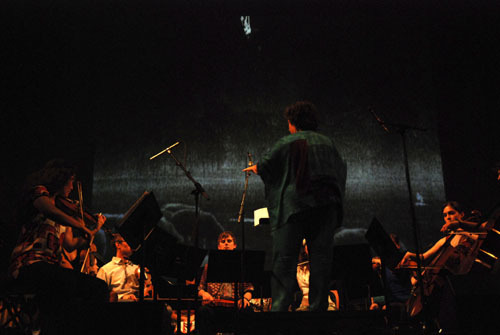 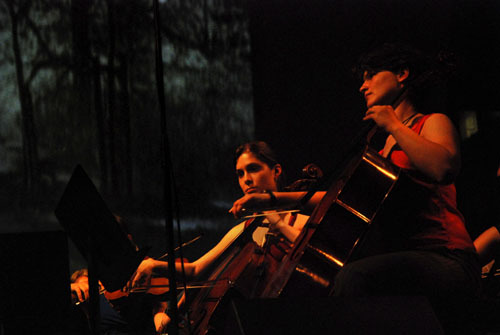 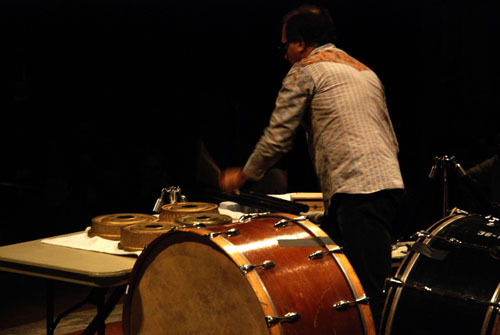 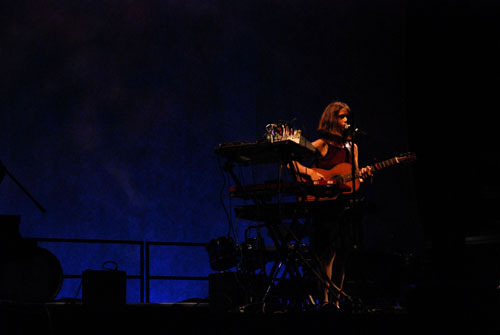 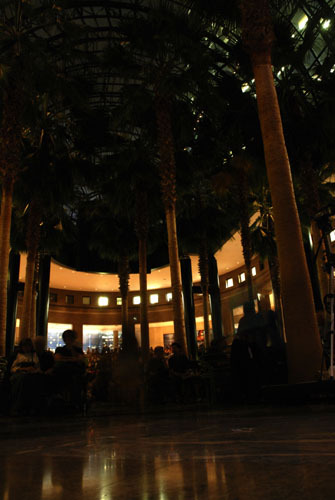