August 2 and 3 marked the 20th anniversary of the Tompkins Square Riots and it was commemorated, like every year, by free punk shows. Twenty years ago, in an attempt to push out the large number of homeless people who had been living in the park, a 1am curfew was put in place by the authorities. The riots began as a demonstration against the curfew. The police descended on the park, indiscriminately beating everyone from protesters and neighborhood residents to journalists, which resulted in more than 100 complaints of police brutality.

Tompkins Square has seen its fair share of conflict, beginning in 1874 when a demonstration involving thousands of workers was violently shut down by the police and in 1936 the park was redesigned by Robert Moses to facilitate crowd control.

ompkins Square has hosted the annual show commemorating the 1988 riots for years. However, last year’s show was forced to relocate to Washington Square when the promoters were denied a permit. This year the promoters were going to be denied a permit again for the show, because it was deemed a “quiet weekend” in the park, a similar excuse for denying the permit last year. Promoters where forced to resort to using a lawyer to obtain the permit. Norman Siegel, who was one of a number of speakers at the show, reportedly met with Parks Department Lawyers last week.

This year there were numerous tickets and only a handful of arrests, mostly for drug and alcohol related charges. The police were only allowing the concert to reach 70 decimals — way too low for a show that size. Additionally, the permit allowed for amplified music only until 6pm.

Saturday’s show included Perdition, Absurd System, D- 60, Black September, Hipster Holocaust, Rabia, Banji and ended with Casa De Chihuahua, who came down from the stage to play without amps after 6.

Midway through Sunday’s show an American flag was burned. Towards the end of the day someone threw $5,000 in singles into the crowd, a fair amount of which was also burned.

Hungry March Band joined Leftover Crack for their final song and started the post-6pm part of show without amps. Following Hungry March Band there was a drum jam with members of most of the bands and a fair amount of the audience taking part, banging on pretty much everything including a shopping cart, scrap metal, and a metal police barrier.

Currently, activists are pushing the city to fix the park bathrooms and the dog run, and are circulating petitions to build a new bandshell. 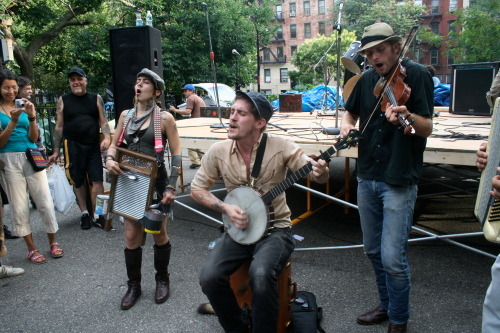 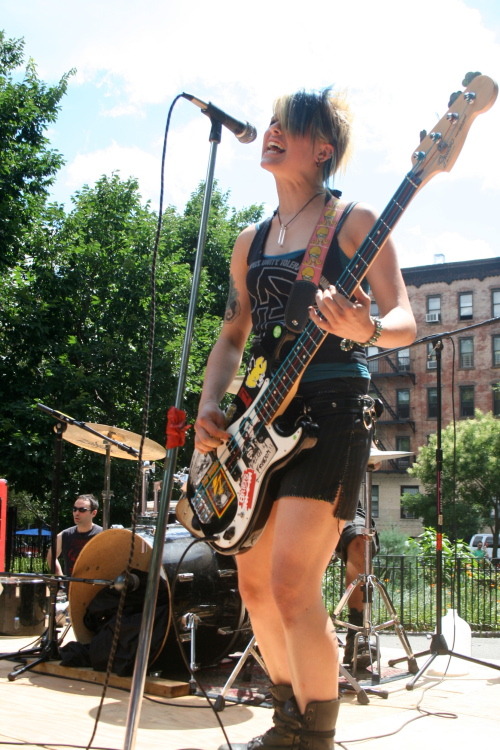 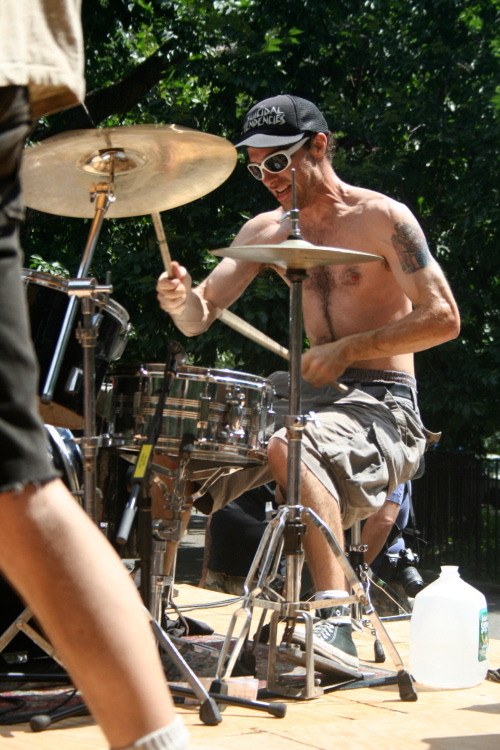 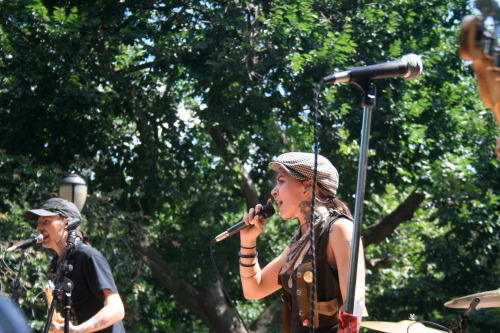 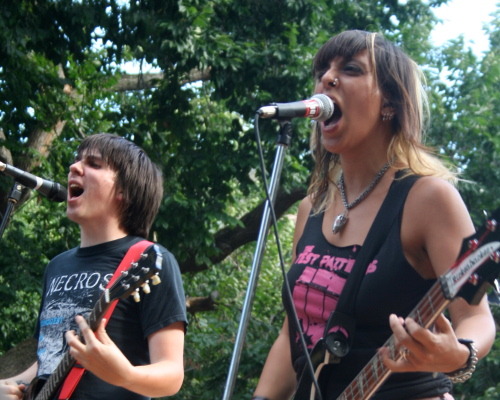 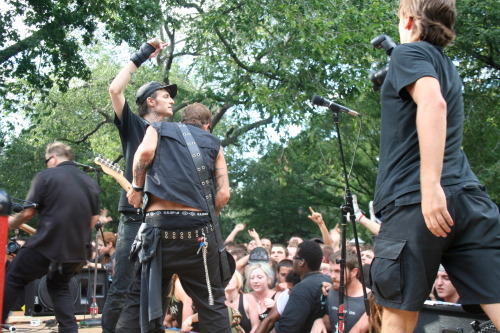 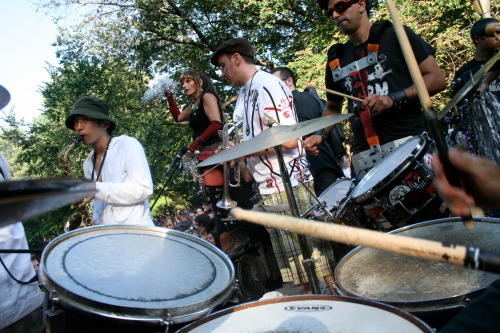 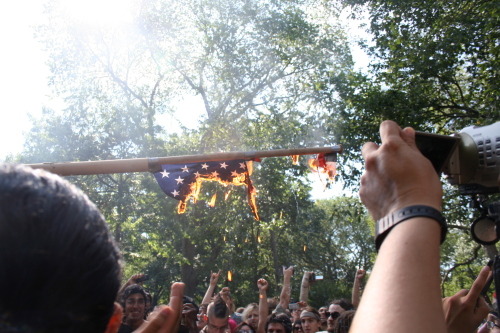 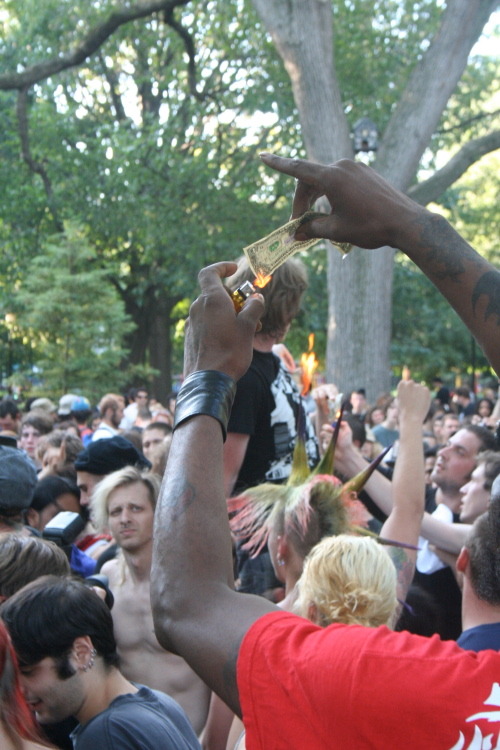 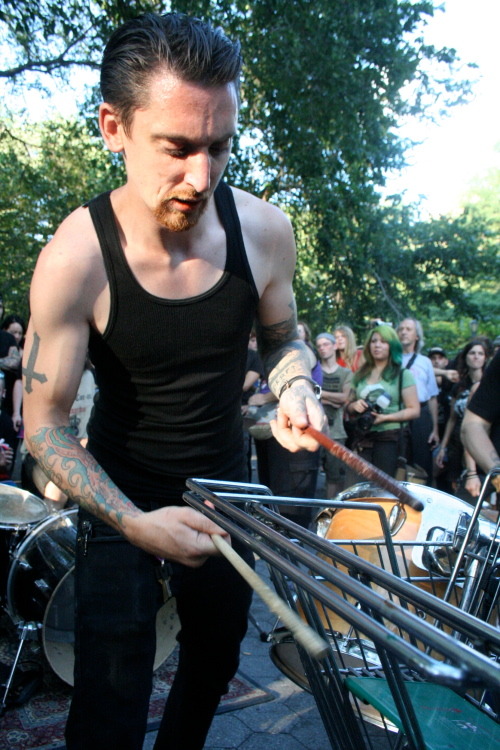 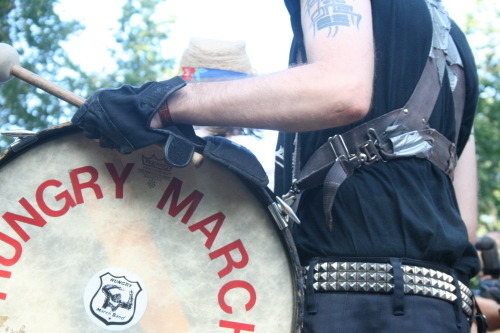 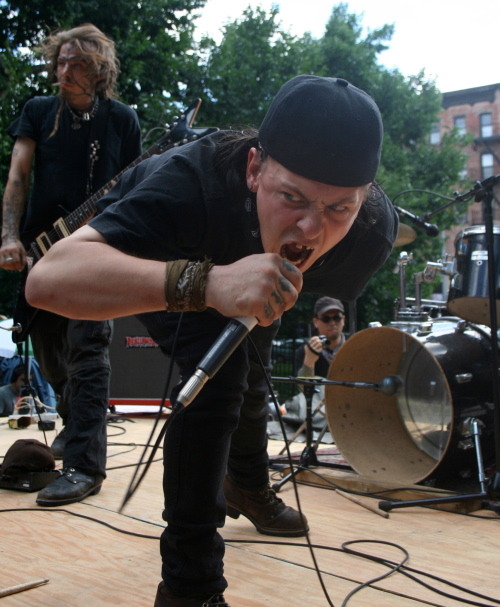