The street where both Jamie Stewart and Devin Hoff of Xiu Xiu live is one short block, sandwiched between two perpendicular streets in the Fruitvale neighborhood in Oakland. Technically, the street they live on is an alley.

The image of an alley may fit the dark and brooding band persona that Xiu Xiu has, but when I finally meet Hoff and Stewart, along with Caralee McElroy, “dark and brooding” was quickly supplanted by “light and chipper.” Instead of characters out of an Edward Gorey illustration, this three-fourths of a band (fourth member Ches Smith resides in Brooklyn) look more like assorted candies from an Easter basket: Hoff is in pale yellow hoodie, a beanie pulled down to just over his eyes and red fingerless gloves on his hands. Stewart wears a pink hoodie, while McElroy is wearing mint-colored wayfarer sunglasses and aqua-colored gloves, her hair pulled back in a ponytail. She points out how much color they have on collectively, saying that she is making a point to wear as many colors as possible these days.

Hoff’s immediate friendliness is disarming and refreshing. It’s the same sincerity their music displays, especially in Stewart’s lyrics. On the short walk over to a nearby taqueria where we will discuss their sixth and latest album, Women as Lovers, Stewart and I share our non-experiences of living in the nearby suburban sprawl of San Jose, where Xiu Xiu was formed. This non-city is the center of the Silicon Valley, its biggest export being microchips, not the experimental indie rock that Xiu Xiu makes. (San Jose was also once home to Greg Saunier of Deerhoof, who produced Women as Lovers. Stewart was also once a pre-school teacher in San Jose.

At the taqueria, Steward and Hoff order a vegetarian and vegan burrito respectively. When I ask Hoff, a long-time vegetarian, but recent vegan, if their hectic touring is made more difficult by dietary restrictions, he says not at all. Hoff is more grateful for the opportunity to tour. Later McElroy echoes Hoff’s gratefulness when she discusses the ups and downs of touring in Europe. “The biggest reason I don’t like Europe is that we have to drive ourselves, but this time we don’t have to do that,” and as she continues she realizes how this might sound, adding sincerely, “Touring is really emotionally draining and exhausting, but it’s also really awesome because [we] get to play live every night. We’re really lucky to get to do that.”

The title Women as Lovers comes from a book of the same name by the Austrian feminist writer Elfriede Jelinek. Critics have already described it as their most accessible album to date. Where Hoff and McElroy attempt to makes sense of why this album might be more accessible than previous records, Stewart states dryly that he does not care about the assessment. McElroy says, “It’s kind of one of those things that I’ve totally lost perspective on. I have no idea anymore because I listened to it so much.”

Xiu Xiu have certainly moved in a different direction, likely the result of the official addition of band members Hoff and Smith. Long-time fans will notice the live drumming on the record. McElroy explains that there were also “more contributing writing factors. Ches wrote a lot on it, and it made a different feeling. There was also no programming for this record. It’s all live drums. In the past, when Jamie would write, he would use a drum sequencer. He tried not doing that for this record — we tried not doing that for this record.”

This is also means a change in their live show. Stewart says, “We had always [had programming in the shows] and we thought it would be an interesting experience to not do it. Every tour we try to add or subtract an element.” While they show obvious excitement about playing live, Stewart expresses a little bit of nervousness considering they’ll start practicing just one week before they go on tour, saying, “God willing, it will work.”

“Ches and I have played together for a really long time, and Caralee and I have [too], so the learning curve that’s the hardest is figuring out how other people play, figuring out how other people feel,” he says. Hoff adds, “It’s going to be a really fun record to play live. It’s going to be really fun — for us at least. Hopefully the audience will think so too.”

What’s most striking about seeing the band members together is the ease they have around each other. Where other bands might make a stranger feel like a lone outsider, Xiu Xiu explain inside jokes and recount their collective experiences. Sometimes it’s hard to keep up with the explanations because one person will add or embellish while another tries to tell an anecdote. You can tell that they get each other, and that makes a lot sense for band that not many people get. One reviewer of Women as Lovers has called the album pretentious, and many a fan would be loath to agree.

Stewart’s style of confessional lyricism runs throughout this album as on past recordings. I comment that so much of their press makes them out as serious and brooding people. “We are, musically,” Stewart says, and when he pauses, McElroy offers, “Life is about balance. To understand yourself as being totally dark, you have to understand yourself as totally light.” She laughs at how so many interviewers almost always handle Stewart with kid gloves. Stewart offers more concretely, “You know, we really like each other, and you seem like a nice person, so I’m not going to brood at this moment…“ when Hoff cuts in, “brooding has a time and place.”

Much of their brooding takes place on the records. Their songs “are about extraordinarily private things that have happened.…” McElroy expands, processing why their fans sometimes write letters to them about their own personal experiences. “I feel like I understand the darker side of things and connect with darker things, but I can also sit and eat burritos with my friends and laugh about shit.” Hoff adds, “When you listen to music, it can help you get through your day.… Some of the songs Jamie writes can help you get through the day.”

When I ask them how comfortable they are with fans sharing their personal experiences, Stewart responds quietly, “Sometimes fans are very specific with things they are going through. You want to have respect for them opening their hearts to you, but you don’t want to say something inappropriate. It’s always awesome.” Stewart himself knows what it is to be a fan. On the promotional website for the album, visitors are encouraged to download an instrumental track, add vocals to it, and then post it to the site. A version by Kristin Hersh of Throwing Muses can be found on the site. “She’s a fan!” Stewart exclaims.

After we finish lunch, Stewart kindly asks if I need a ride. Hoff offers his apartment as a place for me to wait out of the cold. McElroy and Hoff dutifully keep me company and make me feel comfortable. I can tell it’s not so much out of duty, as it is of genuine kindness. 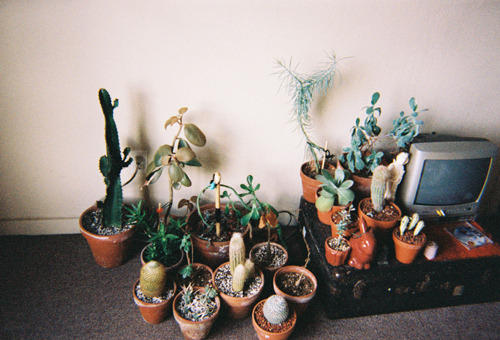 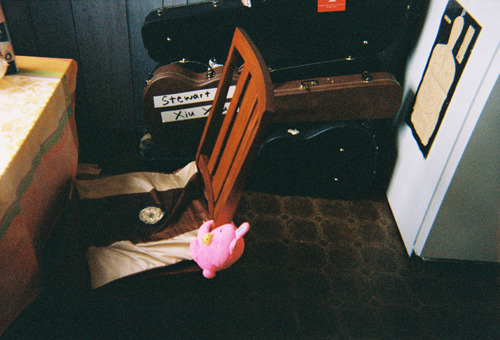 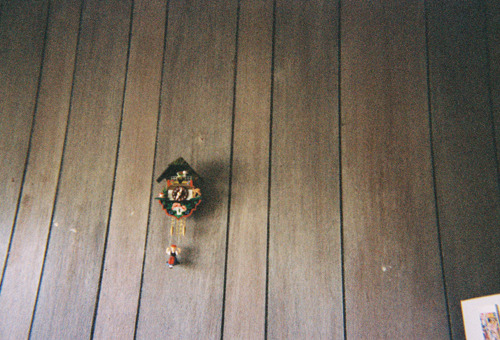 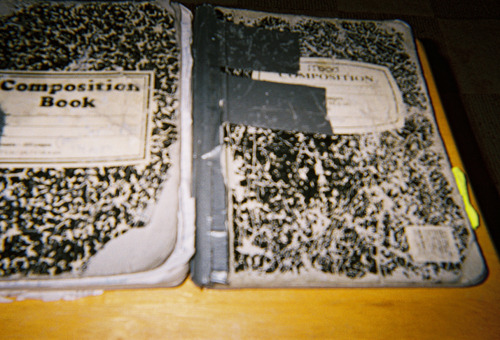 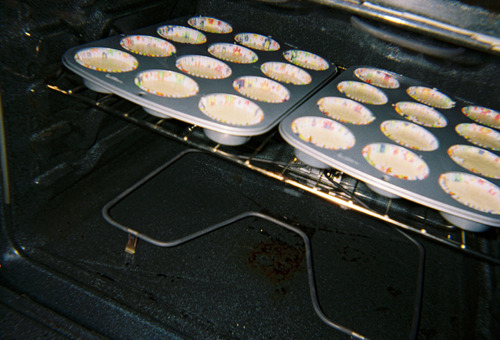 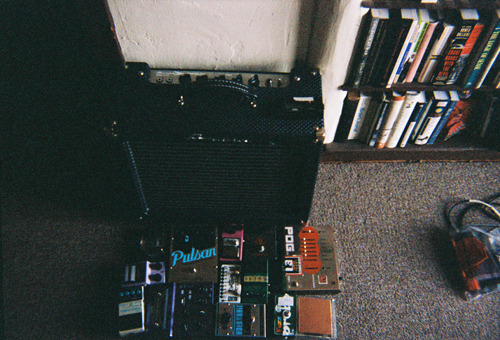 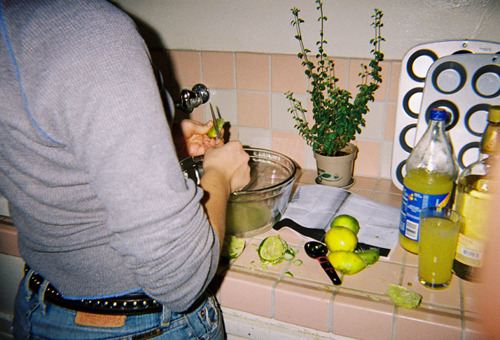 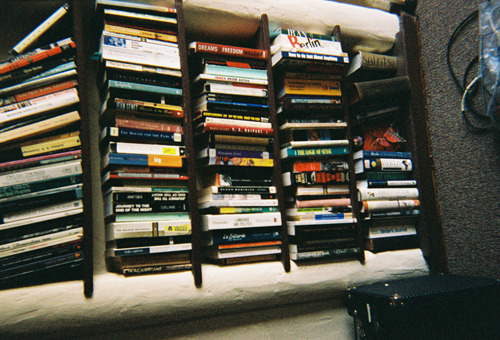 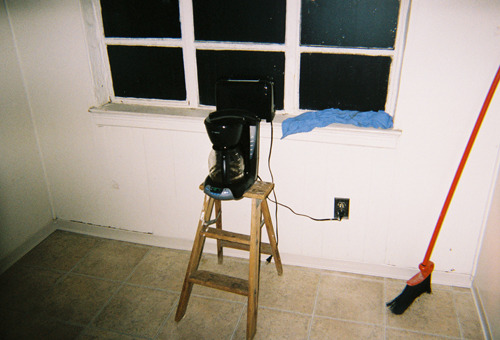 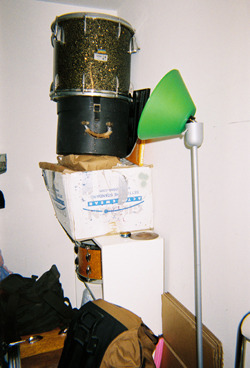 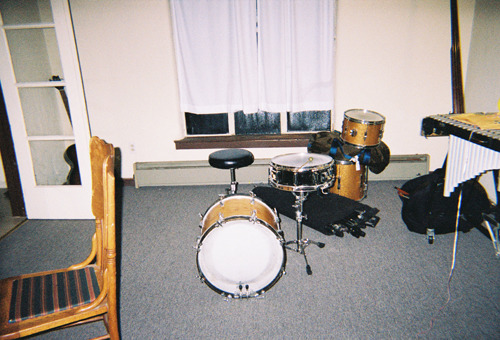 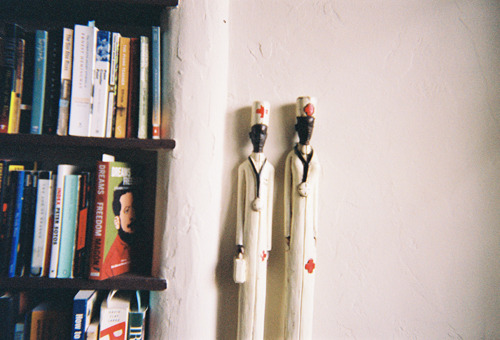 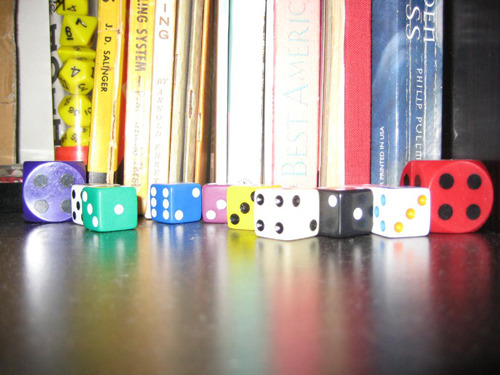 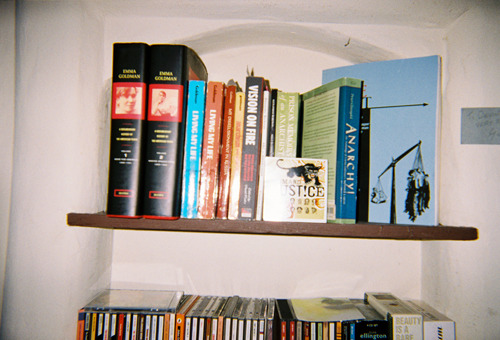 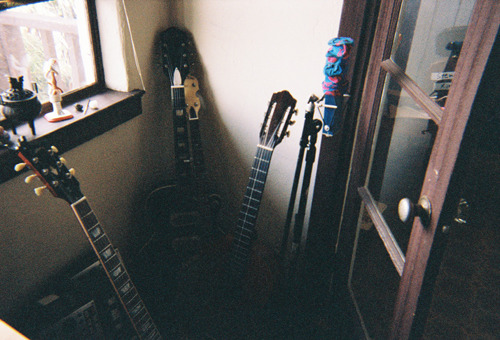