It happened a month ago but I’m now done listening to Howard Stern marvel at the Zs packaging of their last album and ready to move on to their show on Friday, the last before they hole up for another album. Of course, it takes Howard Stern, or someone similarly divorced from experimental music, to imagine a distinct avant-garde movement and to elevate Zs to the forefront of it for his regular audience, even if those who respected Zs prior to hearing about them from Stern haven’t noticed any classically unified, forward-marching movement passing them by. Anyway, won’t spend too much time on that, Stern does it much more amusingly, if not a little unwittingly.

Issue Project Room’s new location at the old canning factory in Gowanus, Brooklyn was arranged with lines of fold-up chairs and, with its high ceilings, narrow width and rows of octagonal speakers hanging low like chandeliers, it evoked a thrown-together cathedral, one that got quickly tossed aside as the entrance room filled with latecomers. Still, the holy atmosphere pervaded; our photographer Nate Dorr felt unworthy of taking images from the event. Miraculously, one blurred record materialized out of his camera:

Surrounded by a reverent audience crowding around them in a full circle, Zs indulged in dynamic extremities, with the light-clapping interplay of “Except When You Don’t” audible from the other side of the room and the bludgeoning attacks on “Nobody Wants to be Had” probably breaking out into the street. The former piece features persistent, harmonized vocal lines that come off like a fight between eighth notes and triplets, chanted in lots of fifths and some sixths that sound like cyborg Gregorian monks hopped up on earthly powers. Ultimately, I love Zs for the sometimes uncomfortable, knotted engagement they stake between slow-mutate strands of Steve Reich-styled arpeggios and melody lines and loud, sophisticated noise rock, sometimes cleaved into sharply-defined fragments placed obtusely beside each other, at other points integrated in an unholy mashup powerful enough both to drive Howard Stern into a state of hilarity and to fill Issue Project Room with a hall of devotees.

Last time I caught Excepter, I was in college and I had five Budweisers hidden at various places throughout my big winter jacket. I tried to share one of them with a girl but she took it and drank the whole thing in three gulps. I drank the rest of them. At that point, the lineup didn’t have organic instruments, nor did it have interpretative dancers. It didn’t have the somewhat tightened sense of structure and rhythm I sensed on Friday either. The band did display the same lack of concern for its audience’s engagement and its penchant for absolute indulgence. Their MySpace page contains a brief manifesto:

I guess this isn’t the same as Peter Gabriel trying to do the same thing by shitting us with anemic World Music, but I wonder whether the cultural distinctions that are erased at the end of the day are just as pliable and ready to spring back into place once the music stops. Anyway, there was something old school about the performative aspect of their Friday show; it was almost Brechtian how quiet and uncomfortably engaged the crowd seemed. Peering at these men and women with their mixers and synth stacks and Merce Cunningham rolling on the floor thing, forcing their weirdness on us by refusing to engage us, and using the tools we’re used to seeing for pop music issuing out a witch’s brew that destroys the structures and signs that pop holds dear. Alienating, much? It was sort of the opposite of the fourth wall being broken. All we ever get at rock shows these days is a broken fourth wall, the logic might run, so why not close it up for a rock show, and watch the audience gaze at the party they’re not invited to, waiting for some password. Many leave before they get in, and those who stay wait for some discernible transmission.

Apologies to Stars Like Fleas, who apparently started on time. 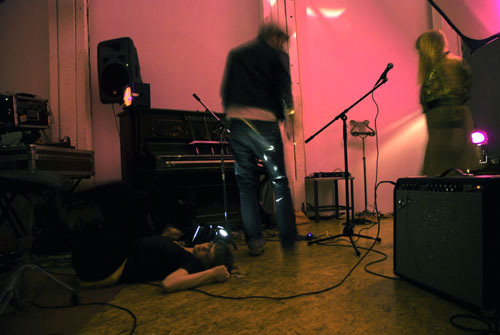 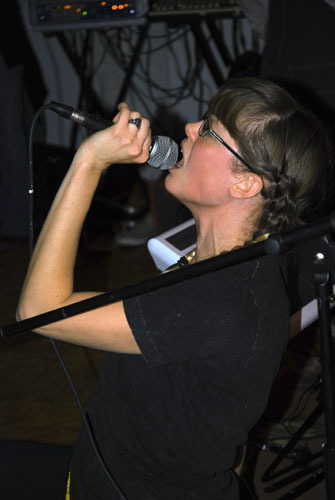 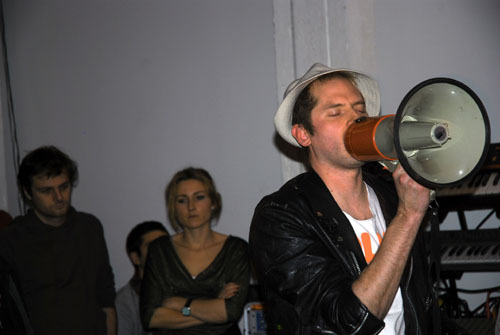 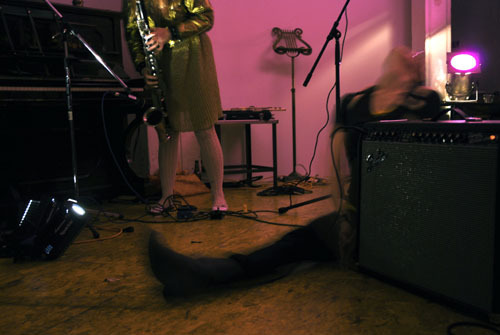 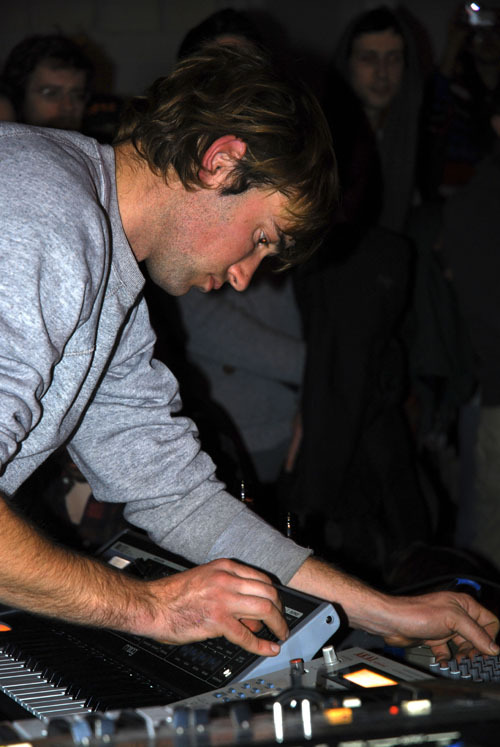 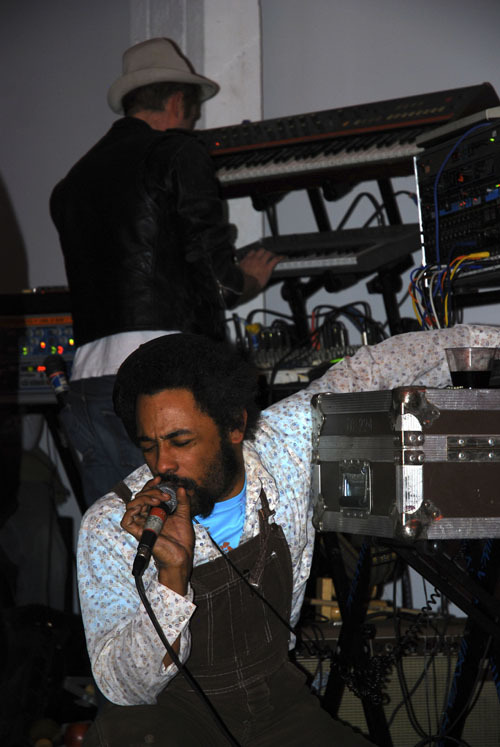 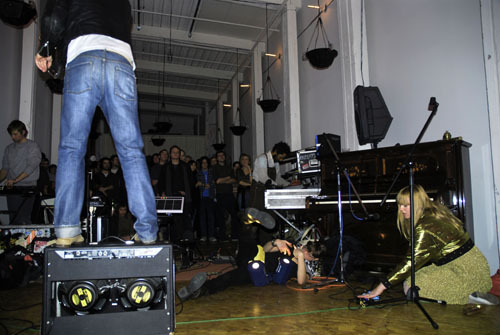 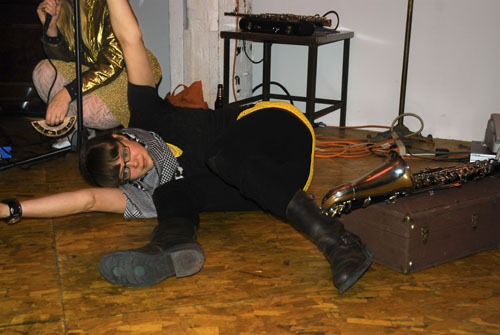 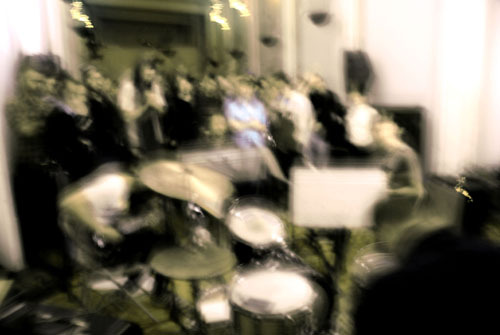