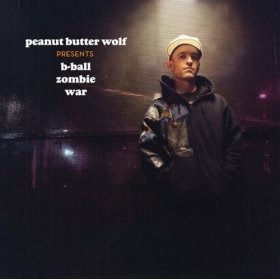 Stones Throw records have been producing indie hip hop compilations featuring the usual suspects (J Dilla, Quasimoto, MF DOOM, Madlib, Guilty Simpson, etc.) for a long time. The main reason this compilation differs from the others is because many of the songs are licensed to 2K Sports for its series of 2K8 video games. In theory this is a very good idea, and seems like a great way to connect something people are probably already doing, playing video games and listening to hip hop. It seems that in the modern age of music, licensing is a necessary evil (and in all honesty, it's not really that evil); many indie artists have resorted to licensing songs to commercials, and some have even licensed whole albums. It seems like a natural progression for licensing to move into the video gaming world. The only real problem with this compilation is that it doesn't stand up to many other Stones Throw compilations. If this soundtrack was exclusively licensed to a particular video game and not released on its own, it would serve as a much better example of how licensing may be one of the only ways artists can really make money outside of record sales, merchandise, and touring. Unfortunately, what should have been a video game soundtrack is also now an album.

The pairing of a J Dilla beat with Talib Kweli and Q-tip seems like a sure fire hit, but unfortunately while the beat is pure J Dilla neither Q-Tip nor Kweli present anything memorable. Percee P starts to pick up the slack on “Legendary Lyricist”, but ultimately the track sounds thrown together, a common occurrence throughout the collection. Even though there are moments where the comp drops in quality, there are also the sort of solid tracks that one expects from a Stones Throw compilation. “Mash's Revenge” featuring MF Doom, Guilty Simpson, and J Dilla holds down one of the best beats on the album, and some of the best flow. Aloe Blacc provides his signature soulful vocals and his laid back funk. Then, James Pants (the newest Stones Throw member) reveals a lot of promise with “Ka$h” which is given the remix treatment by Peanut Butter Wolf. “Ka$h” is also the first single off of his upcoming release on Stones Throw, and should bring some attention to his unique style and outlandish falsetto.

After repeat listens, the tracks that stand out seem mostly to be the instrumental synth-funk and soul tracks, and not the tracks with MCs. Considering this is going to be the soundtrack for a video game, that seems rather apt. Stones Throw has released many compilation albums within the last year, and although most of them are very good, it feels like they are pushing them into stores a little too soon. But, no matter how you look at it, it will still be a refreshing change of pace for most video game enthusiasts, and will no doubt make you hit some extra three pointers.