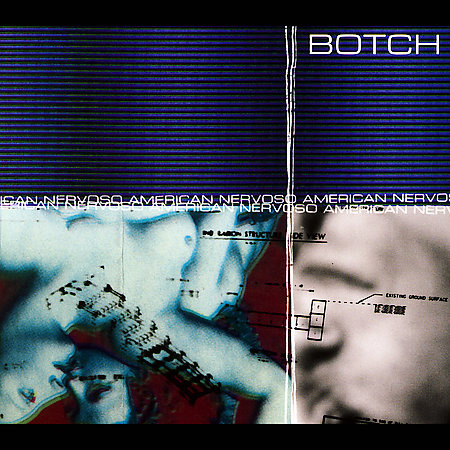 When Botch released We Are The Romans in 1999 it was something entirely different in the metal scene. Not only was this music to scare your parents, this was music that also scared your friends and loved ones. Hell, there’s a good chance that Botch would scare the headmaster at your local church of Satan. This wasn’t just the immorality of heavy metal or the frenzy of hardcore punk, there is an atonal, arrhythmic nihilism in Botch which relates, if anything, to contemporary classical. But instead of the amusement or disinterest of postmodern classical, behind the weird time signatures and bipolar changes is honest, unbridled fury.

That sound became mathcore, and Botch disbanded soon after Romans. Now American Nervoso, the band’s first album, is remastered and re-released, with bonus tracks, demos, and several important corrections to the original. The extra material isn’t of much value to all but hardcore fans, but the re-release might at least introduce some listeners to Botch, at a time when metal, if not outright waning, is getting bored with itself.

If American Nervoso is rawer and slightly more conventional than Romans, it’s not by much, and the sparse, hardly-produced sound makes it compelling in a different way. The opener “Hutton’s heat engine” is the least metalcore of the bunch, sounding almost nü-metal while being pissed and powerful. But “Thank God for Worker Bees” comes out front as a downright frightening experiment in synth-sounding beats, like Charles Manson being programmed by Alec Empire. But “Oma” might be even scarier. The only understandable word is “Oma” (grandmother?) screamed repeatedly over power chords, the lead singer sounding either like a male Fury pursuing Nazi war criminals over the barren steppes, or a hideously overgrown chain-smoking baby crying for its mother. Then, inexplicably, it melts into a piano solo.

Botch’s place in metal history is secure, if obscure, so this re-issue can do nothing but increase exposure. While it’s certainly an acquired taste, it’s one acquired for a good reason, and one that today’s hardcore scene would be smart to aspire towards. And if American Nervoso sounds somewhat dated now, that’s only because it’s been a while since anyone could be this honest about anything. Anger especially.