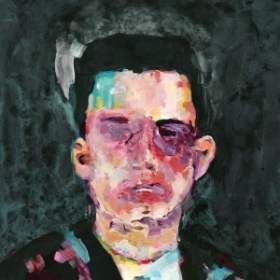 James Murphy once suggested all the kids had sold their guitars and bought turntables. This has never felt more relevant in the age of the face-painted festival goer, sporting the EDM uniform of a highlighter colored tank top in the Electric Zoo full of uncritical good times. Dance music has never been so safe; at least in the unremembered 1990s people offered one another Special K. Electronic mastermind Matthew Dear crafts a brand of music that flies in the face of these trends, even the very notion of “trend,” on fifth full-length, Beams. Indeed, Dear channels something far darker; synth-stabs that reach into the blend of morose pop that Dave Gahan once built into an empire. Though nothing about Beams sounds contemporary and none of it sounds particularly dated. Each moment feels careful, tactile even. In the age of the DJ raising his arms away from his tools as his song rides on auto-pilot into the break, Matthew Dear wears a suit and tours with a three-piece band, an artist comfortably in and out of time.

None of this is to say that Dear is, in some sense, unconcerned with dancing. Beams first track, “Her Fantasy” is a layered and tropical jam of yelping synths and conversational vocal loops, the kind of thing that with a bit more tam drumming could slide easily into the Liquid Liquid catalog. Dear confesses through darkly suggestive lyrics (“dismounting a love that has grown from beneath you, an ancient machine”) before “Her Fantasy” explodes into a sea of synthesizers and downbeat. Later, on “Fighting Is Futile,” he builds a vaguely dissonant choir of keyboards that heave and sigh not unlike a very glossy early LCD Soundsystem. It ends in a celebration, “take a trip on something else,” Dear nearly speaks as his arrangement orbits around him. “Overtime,” the most frenetic track on Beams frames the album's thesis statement as the lyric “live wire” metastasizes into a pained and layered moan, the grid of electronic music coming vaguely unhinged in such capable and devious hands.

This captures the supposed electricity of an artist making his stand, a fifth LP full of pop sensibility. But, ultimately, Dear is more interested in plumbing the darkness than crafting something approachable, and on Beams the darkness is directional, a fight between the buried past and an uncertain future. Dear is, for one, deeply enamored with the present. On “Headcage,” he insists, “I don't want a new life,” a knowing or unknowing rebuke to any critics with the misfortune to call this album some kind of rebirth. “Earthforms,” which sounds like something by The Fall if not for an insistence on the vagaries of melody, a rock song with unsettling edges has Dear trapped in medias res loops, waxing, “all that I'll know tomorrow is what I've learned today.” Chronology is even in play in the titles of “Overtime” and the sublime slow-drive, “Ahead of Myself.” The latter, a love song, reveals Dear cooing about a bed that makes itself and the politics of the soul before the motif of the title, “wait, I'm getting ahead of myself,” returns to remind the narrator to remain in the present tense. In a moment of unrestrained candor, even for a candid record, Matthew Dear reminds himself and his audience, “all the right notes can't make us grow old,” as Beams glides into its final third. It is built to be trapped in this moment, a perpetual now, where guitars are traded for turntables and traded back again forever.