Believe You Me – OMBRE 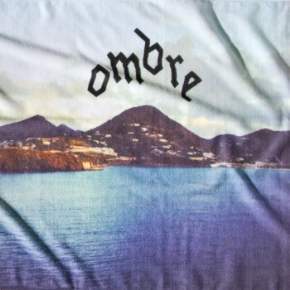 Sufjan Stevens' label Asthmatic Kitty has always felt a bit like a commune. A curious and delicate collection of artists brought together first by region and then by a shared love of esoteric and frequently shrouded pop music, incredibly idealized in its construction and occasionally bizarre in its execution. This family of artists has borne another creation in OMBRE, a mixture of label-mates Julianna Barwick and Helado Negro (nee Roberto Lange).

The result is a debut that is at once ornate, impeccably curated and frustratingly slow, an album that features three songs that tip over the five-minute mark and runs less than 37 minutes in sum total. Barwick and Lange unite here in the spirit of their label, providing a challenging and hopeful project full of lost melodies and a dose of the exorcized “other.” It is outsider pop for artists and listeners who have carefully placed themselves outside the confines of traditional pop mores, a retreat in the wilderness in both practice and theory.

If Stevens initially intended to take his listener to the lost memories of the American Middle West, OMBRE aim for something far further south. Lange's Spanish-language lyrics dominate the record with Barwick often providing etheral backing vocals, a touch of unsettling orchestration that makes the record as beautiful as it is hard to fully grasp. The grammatically incorrect “Weight Those Words” opens with what sounds like “Cuantas”, Spanish for “few,” laid over the top of a flickering electric guitar and Barwick's fecund and sighing background vocal. It is not quite of this world – or perhaps with feet solidly in two worlds – an English title, Spanish lyrics and a slow-drive arrangement that weaves across the double yellow lines with a resigned self-assurance. It is intentionally neither here nor there. This aesthetic is even more apparent on penultimate track, “Pausa Primera,” or “First Pause,” what amounts to an interlude of playful children's voices in Spanish and English with Barwick soaring over the top once again. It is a confusing hotel wake up, warm and pleasantly placeless, noise from the street entering through the withering curtains. OMBRE in denying definitive place manages to also wriggle away from chronological tropes, pitting long form melodies against short form interlude. Middle album tracks, “Vistate,” “Dawning” and “Tormentas,” each tripping north of five minutes, create coherent worlds into which the listener is dropped and then lost. At its most successful, Barwick and Lange don't describe place and time, they create both in a space apart.

For their final remove, OMBRE blurs even the line between night and day, more aptly the line between wakefulness and sleep. Denied place and time, consciousness itself, the barriers between reality and dreaming, is left up for examination. Barwick is given the lead on album closer, “Noche Brilla Pt 2,” her distant vocals making reference to “morning light” before evaporating into nothing. The song closes the loop on Believe You Me's first track, “Noche Brilla,” a horn-drenched invocation that could easily pass for Mr. Stevens' work for all its mournful and dissonant chord resolutions. Nor is it particularly surprising that “Noche Brilla,” the darkness that opens Believe You Me and the comparative lightness that closes it, translates to “Night Shines,” a churlish mutual exclusivity that refuses to be either here or there, or perhaps refuses to be anywhere but in its own intentional community.