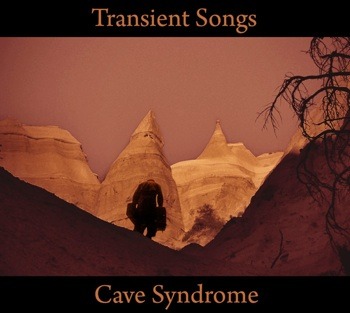 It is necessary to note right from the outset that this is not the new Mercury Rev album.

I say that because John Frum, the primary human component in Transient Songs, can sound so much like Jonathan Donahue of Mercury Rev it is possible to easily mistake this for something it is not. And, strange as this may sound, that actually turns out to be a compliment. There, that’s out of the way.

Frum is his own version of a one-man wrecking crew, since he plays almost everything on the record, with some guests joining him on cello, violin, bass, drums, and screams. The story is that he created this set of songs, over the course of the last year or so, by himself in his Seattle home studio (The Snakepit). Hence the hermetic title of the album.

He opens the album with a dynamite number entitled, “In this Darkness Light Seeps Through,” and its lofty, wandering melody line is the first confusing element in this eclectic melange. After the vocals really kick in there are moments when all the lines are blurred and you’re completely lost in the haze of everything that’s swirling around you. Then, he moves away from that initial core sound and pushes the jangly factor up a little more on “Smoking Slows the Healing.”

Some of this possesses a naturalistic, post-R.E.M. jangle-rock quality, and that washes over into another late 80s/early 90s stream that seems to carry with it some of the free spirit of a band like the Windbreakers. Frum, the lone wolf, avoids the “bedroom artist/bedroom athlete” syndrome by looking out of his lair toward the world, and by communicating more outwardly with his compositions; overall, it comes across as less brooding than some of his musical contemporaries, but still retains the powerful purging effect. This is a rock solid piece of work in an era when that is becoming a rarity.