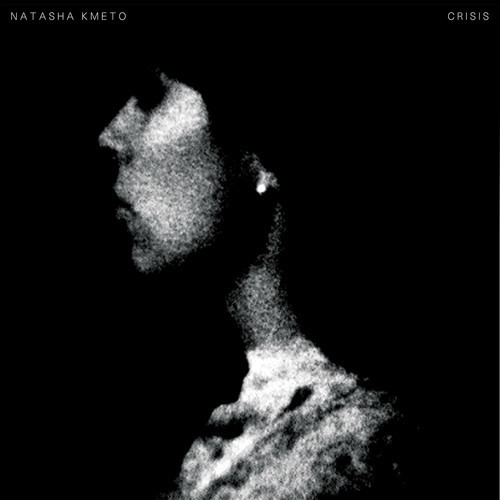 Natasha Kmeto's first LP, Crisis, debuts June 18 on Dropping Gems, and the ensuing press will herald the Portland singer/producer a torchbearer for RnB’s transition into the teens, a soulful vocalist just as adept with a robust chorus as she is producing modern, intricate scores beneath them. And lost amidst these accolades of her versatility, one fears, will be her album's bold compression of old and new—the real achievement of Crisis. What do we call it, then? Not sure. “Futuristic RnB” seems regrettably narrow, but it will be a common and forgivable calculation, especially given Kmeto's relative isolation as a female singer producing her own album under the banner “electronic music”—in Portland, Oregon, no less. God forbid.

It's no surprise then that “progress,” a word Kmeto for better or worse has been associated with, so often sprouts from a handy working knowledge of previous electronic endeavors. Crisis bends and meshes a range of regions and tools of their respective trade; the sum of these idiosyncrasies is often stunningly cogent. “Idiot Proof” drives forward with Detroit techno synth and echoes before Kmeto's thick vocals ascend with an electro-funk blast. Even more Detroit on “Vodka Diet,” the short but worthy homage to the deep house heads still spinning with peculiar relevance (mostly in Europe, to be sure). Chicago makes an appearance with the Roland TB-303 inspired percolation of “Buried,” a wild synth run smashed on top of a UK beat. But worry not: Crisis plays with each genre, and for the most part treads lightly enough on the past without obscuring her current timestamp. We’ll even call “Prideless,” the album’s closer, just a few air horns short of finding a FM radio home.

Kmeto's debut came in 2012 with The Ache, a pared down, RnB heavy showcase for her tight harmonies—well received by the Low End Theory crowd. Though Crisis integrates many of the same exploring, smooth vocal patterns, the deep bass triplets, the claps and hats, such as on “Last Time,” seem more at home being tweaked on a laptop in a Bristol flat than they do the West Coast. “Deeply” uses the same combination: a familiar vocal arrangement for kids raised on 90s RnB accompanied by percussion not obviously compatible, perhaps slightly alienating. Kmeto understands the textures of her voice and how to shape rich harmonies from the ground up, and one can safely assume this signature will carry her forward. But lyrically, Crisis is the brooding older sibling: dark, jaded, and heavy with sexual misgivings. On “Last Time,” she laments: “All alone/ that’s what she wants to be/ that’s she’s kissing my lips again, again…It will never be the last time.”

It's easy to vouch for Kmeto's reported conservatory training when considering her abilities as a singer and producer, as a songwriter, along with an encyclopedic reverence for the source material. And if Kmeto can be dummied down to a transatlantic synthesis of West Coast RnB, techno and house from the Great Lakes and UK Bass, the burden of this reviewer probably involves lauding the overarching composition of her debut. Despite the genres she’s repurposed, genres typically propelled by singles, Crisis stands sturdy as a whole.