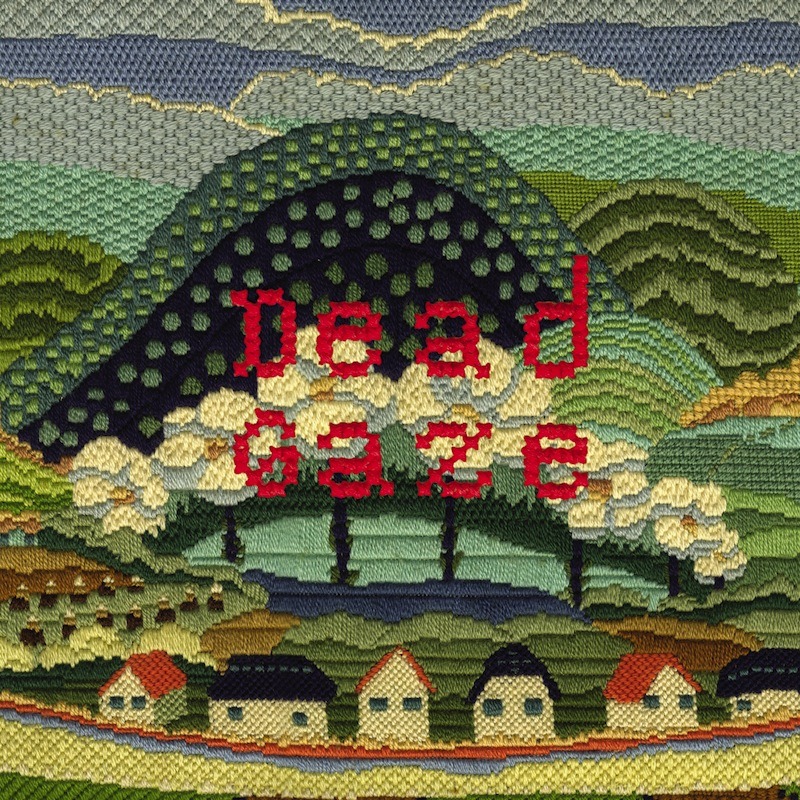 J. Cole Furlow, the man behind Mississippi’s Dead Gaze, has made something beautiful, which, in a world of Justin Biebers, face tattoos, and misplaced outrage over the purchase of a popular blogging service, is becoming increasingly harder to do. With the release of his self-titled full-length, a collection of deceptively lo-fi squared-off pop songs initially scattered throughout cassettes and 7-inches, Furlow stands out in a genre often dismissed as superficially atonal. Dead Gaze’s self-titled record is the first I’ve heard all year that is unfussy, uncomplicated, and transmutable among genres from lo-fi scuzz to hi-wired pop to summer jams. It goes without saying that Dead Gaze remains tethered to pastures independent and underheard, but that doesn’t mean Furlow’s project isn’t easily enjoyed by listeners across borders—as the album cover proves, one can find home anywhere. This record, if you’ve been missing them, will make you feel feelings again, an ample argument that declares melodies, sentiment, and nostalgia are all beautiful enhancements to our sorrowfully staid lives.

Listen to the twelve tracks in succession. When taken that way, the album is the emotional equivalent of feeling fifteen if you had no idea what Katy Perry was talking about when she espoused the easy nature of the teenage dream. The Dead Gaze LP is pain and shy suffering, but it’s the kind that is felt by the perennial optimist. Furlow doesn’t seem to have an ironic note in his repertoire—in fact, it’s no wonder that every song is so entrenched in compression. If they weren’t, would we feel too close to the artist? Would he seem too exposed? The shining moments of this release for the MS artist, who is part of the Cats Purring collective with other notorious feelies like Dent May, are when it breaks through the dense cloud of effects to reveal masterful melodies, sumptuous, carefully-written guitar lines, and lyrics that riff on eternity, youth, and what sounds like heartbreak. In a time of oversharing, this effort strikes the perfect balance between vulnerability and inquisition, between the importance of melody and the need for momentum.

The only bummer about this astounding, emotive debut (and I use the word bummer knowing it’s the vocabulary Furlow himself might choose) is that his vocals aren’t present on nearly enough songs. The texture and layers that he uses to enhance the majority of Dead Gaze’s makeup are so convincing on most tracks that you almost don’t ask what Furlow’s voice might actually sound like. And then “Glory Days For Sure” comes on and it feels exactly like that: an album standout, a reckoning, a mounting moment of nostalgic clarity for when artists were okay with singing through clean, unreverbed, unprocessed microphones that could catch the multitoned complexity of a singer’s vocals. It’s the most touching track on the album and I’ve listened to it forty times, maybe more. Furlow’s lyrics back his songwriting and vice versa—there is not one song here that stands out as merely a placeholder—but this song in particular serves to prove that he is not some small-time songwriter. Need I mention our lord and savior, Springsteen?

Dismissing this record as merely another lo-fi psychedelic sampler would be an oversimplified disparagement. It’s dense with effects and manipulation, and does ring out with DIY beginnings, but Dead Gaze’s S/T is actually tonally large, full of intelligent melodies, and best of all, emotionally complex. In every decision to shelter lyrics in four layers of grimy scuzz, there is the complementary decision to show off a crisp hi-hat ting or a promising run of a synth scale. There are hints of other bedroom artists in this record, but there are also sharp harkenings to The Cure, The Flaming Lips, and at its brattiest, a few touches of Christopher Owens’ Girls. Ultimately, this record is special because of its ability to mask instruments in tones and textures while still appearing vulnerable and active, like a complicated therapy session with a highly developed teenager. It’s a listen unlike any other “lo-fi” record I’ve heard, and it’s still got me feeling a spectrum of emotions many hours later. Dead Gaze, with the shimmer of a magic acoustic strum, and the mastery of compressed songwriting, proves that lo-fi is just another petty label.