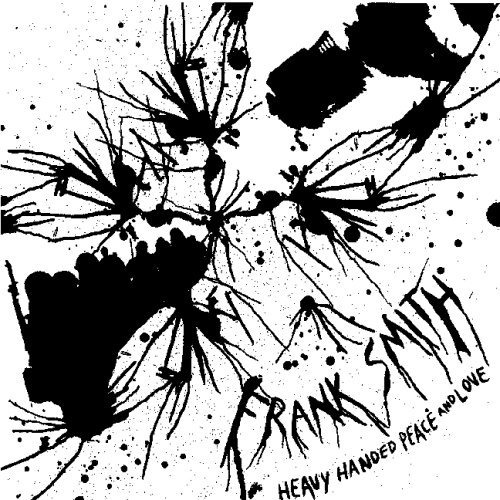 In a genre that for lack of a more gender-appropriate expression, usually gives me a major boner, Heavy Handed Peace and Love leaves me surprisingly flaccid. Still, the album is not without its charms: I was immediately struck by lead singer Aaron Sinclair’s raspy, beguiling voice, the almost perfect harmonies and the catchy choruses. The banjo on this album is amazing. And I’m a sucker for an amazing banjo. The band also makes good use of the slide guitar, adding a great country flavor to the whole thing.

Yet this points to my major critique of the album: in the end the “country-ness” is just a flavor, a musical pantomime we’ve learned to mistake for the real thing, like the Laffy-Taffy banana flavor we equate with the real life fruit- a signifier for “country”. For all it’s down-homey qualities, the album still ends up sounding like the musicians picked a genre out of a hat and decided to do their own take on it. Or, to put it another way, the album sounds as if it were the sincere version of Ween’s 12 Golden Country Greats. This comes as no surprise, since front man Sinclair was originally in the punk band The Lot Six.

In addition to the music, the lyrics leave much to be desired. Sinclair has the tendency to use clichés in an only slightly interesting way, and by that I mean that instead of taking a common expression and twisting it (“Eight Days a Week” …or any of Sage Francis’ lyrics) he strings expressions together so that instead of illuminating his topic, he further obscures it. For example, on the first track, “Liar and a Thief”, Sinclair sings, “The good times are killing me / you’ve got a way with words”. Not only is he stealing a Modest Mouse lyric that is already a cliché; he follows it up with a sarcastic comment about originality. Is this a joke I’m not getting? And if so, why are they being so cryptic? Would I be overestimating them by mistaking it as a joke? The confusion is frustrating to say the least. If one were to get a look at a lyric sheet I’m sure it’d read a lot like my own high school poetry: vague when it’s meant to be poetic.

Sinclair could take a lesson from some of the great jazz lyricists in emphasizing meatier words at the end of a lyrical phrase. In the first verse of the third track, Sinclair ends three consecutive lines with such punch-packing words as: “one of”, “been” and “the”. This may sound like anal-retentive nitpicking, but it’s just the kind of lazy songwriting that drives me crazy.

Standout tracks include “Put Some Curtains Up” and the Holly Golightly cover, “Virtually Happy”. And although the album is catchy and unobtrusive, this is hardly the markings of a great piece of artwork unless you’re talking about a decorative wreath.

PrevPreviousHissing Fauna, Are You the Destroyer? – Of Montreal, Rd. 2
NextDream Logik Part One – Edward Ka-SpelNext