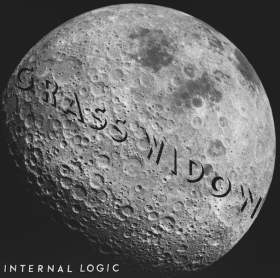 Way back in 2009, Grass Widow released a split cassette with Rank/Xerox on San Francisco’s Wizard Mountain tape label. Their half was a blown-out, chaotic mixture of live recordings, rough instrumentals and a sample from Bambi, but even on that primitive first outing, traces of their knack for syrupy hooks and intertwining vocal melodies shine through. Their career since then has seen them gently shedding the jagged instrumental edges while polishing their production and singing to a fine sheen.

Internal Logic is the end result of this development. On it, the musical restraint allows the insidious vocal melodies to take hold. The hooks gestate calmly, accrue strength and reveal themselves at their most robust. It’s most rewarding moments are firmly grounded in their maturing pop sensibility. Of course, comparisons will abound to femme post- punk bands like The Raincoats and Marine Girls, but their approach doesn’t borrow from the ramshackle aesthetic of those bands. Grass Widow seems to have exorcised their most frantic, herky-jerky tendencies. What’s left of the overtly post-punk influence manifests in the brief instrumental segues and their guitar tones, but those qualities aren’t the focus of Internal Logic.

As its title suggests, Internal Logic is not an album that asserts itself. The tracks operate clandestine within a rather flat dynamic range that is never grating or coarse. In fact, the opening track, “Goldilocks Zone,” is nearly inaudible for the first 20 seconds, as if Grass Widow wants listeners to forget its playing. The opening track also introduces the dulcet vocal melodies which repeatedly appear on the album. Grass Widow understands the nature of their charm. This is their first album on their own label (HLR for Hannah, Lillian and Raven,) a move typically resulting in a product closest to a group’s artistic intent. With that in mind, it can be inferred that Grass Widow has been waiting to make such a docile, restrained album. It was an effective decision for them to soften the jarring, post-punk posturing. While the result is a particularly noninvasive album, their songwriting is most potent unadorned.

It would be easy to deride Internal Logic for the fact that many of the same chord changes are recycled and the same guitar rhythms are employed repeatedly, usually at about the same tempo with the same tone, but the same could be said of Grass Widow’s influences. The 60’s girl groups that inform Grass Widow’s vocal approach utilized the same drum beats in their songs ad infinitum. The bookish English pop bands from the 80’s from whom Grass Widow have partly hijacked their tones and instrumental habits were guilty of the same repetition that afflicts Internal Logic.

The most exalted and gratifying moments of Internal Logic arrive during the dense vocal melodies. “Disappearing Industries” has brief, skittish instrumental interludes, but they serve as stilts for the following chorus. “Milo Minute” again illustrates their knack for multi-part harmonies, allowing each member to deliver lines while the next overlaps in a breezy continuity. The members’ respective voices have an intrinsic chemistry together that creates an astounding, pastoral beauty when combined. Grass Widow is cognizant of their strongest quality, and don’t waste space with experimentation that might detract from it.