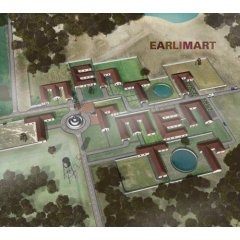 Earlimart opens its fifth album, Mentor Tormentor, with “Fakey Fake”, which toys with a binary, one clouded in shared possibility in which it's suggested that there's a burden to share; there's a torment in being the mentor.

Unfortunately, Earlimart lets go after the initial strangle and relaxes out into Grandaddy-lite territory; a band frontman Aaron Espinoza once recorded. The production is distinctive throughout the record with its rich instrumentation and attention to layers, especially the canned drums, but Earlimart rarely matches the contained passion of “Fakey Fake”.

An admirable contender is “Happy Alone.” Ariana Murray takes over on songwriting and vocals for this tune, proving she is as worthy of a contributor as Espinoza. Sometimes Murray’s swooning is a more comforting accompaniment to the thick production, than Espinoza’s low whisper. “Everybody Knows Everybody”, for instance, is a fast number that could handle some shouting in place of that signature frustrated whimper, but Espinoza sticks to his pistol instead of going for the canon bursts.

Mentor Tormentor’s strongest songs are typically those which rely on the piano, such as “Don’t (You) Think About Me” and “The World.” On the former, Espinoza sings as a wise lover, with a weak lingering curiosity. It is this meandering between knowing what is best, but maintaining a destructive inquisitiveness, that makes the songwriting on the record well-structured. “The World” features shared ethereal vocals that conjure an eerie atmosphere with the lyrics, “the world is all around us, but have you noticed me? / yeah, the world has overshadowed me.” It is a departure from the burdened-confidence theme, as Espinoza and Murray sound small and insignificant against the pounding piano, but it is one of the better songs in the second half of the album.

Mentor Tormentor could stand to close with a betrayal to theme. Instead it lags on with four songs following “The World”: a power praise song, an interlude, an enjoyable, yet random whistling ditty, and a Polyphonic Spree tribute. It would have made a great EP to sell at Christian music festivals. Instead it taints a record typifying the complexities of love. Earlimart could have shown that no matter how educated we build ourselves to be or seem, we are still in a world that can humble us to insignificance. Love can be the single greatest and most wretched feeling in the world just as easily as Earlimart can get sidetracked attempting to musically convey a concept.