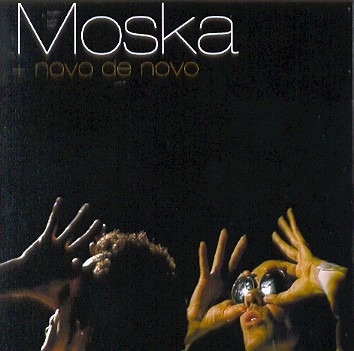 A lot of the time, culture and music in South America reflect the impositions of their distant neighbor in the northern hemisphere, but in Brazil that’s been more the exception than the rule. The country that gave birth to samba, bossa nova, tropicalía, and baile funk among others has nevertheless suffered at times from an anxiety of influence at the U.S.’s well-marketed cultural exports, and from this has come a melding of the above genres with a more blissfully pop sound commonly known in abbreviated form as MPB, or Música Popular Brasileira.

The musician Paulinho Moska has been doing a steady business in MPB over the past fifteen years or so, but he’s no airheaded pop singer. In the mid-1990s Moska studied the philosophy of Gilles Deleuze and composed a series of meditative albums on the essence of being that, like those of fellow MPB exponent Lenine, interrogate issues of identity and place, favored subjects of urbane, educated Latin Americans—and, of course, urbane, educated people the world over.

Mais Novo de Novo is an interesting release, largely consisting of live recordings of material from Moska’s 2004 Todo Novo de Novo (“Everything’s New Again”) and some newer compositions. It’s difficult to resist comparisons to a group like Radiohead, especially given the layered keyboard effects and expert percussion from Moska’s longtime collaborators, but the primary instruments are still voice and guitar. This is Moska’s show. In tandem with ethereal tracks that could be the soundtrack for an alternative Wim Wenders western film set in Bahia, are more up-tempo numbers highlighting the Brazilian ability for simultaneously using the guitar as a melody-provider and full rhythm section. Moska sings gently as his fingers skitter over the strings, and Portuguese sounds like honey in his mouth.

There’s nothing particularly alternative about Moska’s sound, except the occasional throwback to his early American influences like Nirvana and Lenny Kravitz, but hearing a pop performer with a radically different set of influences is like discovering an exotic fruit for jaded U.S. listeners. Enjoy this album for what it is—not a landmark work, but a watery mixture of Brazilian styles, like drinking a caipirinha with half-melted ice cubes on a humid day in late summer, when you won’t really mind thinking, “Wait, is this guy just ripping off Abbey Road-era Beatles in Portuguese?” Maybe he is, but you haven’t heard anything quite like this before. That, and the mandatory comparison to a Brazilian national beverage that I dropped a couple sentences ago, should already have you scanning through YouTube. I’ll save you some time: