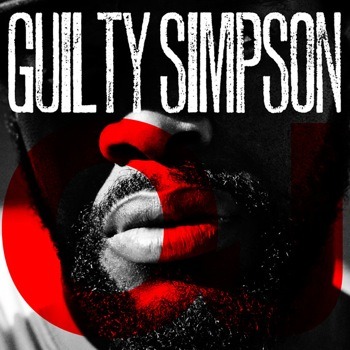 Man, the Juice must be rattling the bars at his Lovelock Correctional Center digs. Detroit’s Guilty Simpson and mad professor Madlib have combined their efforts and names (Byron Simpson and Otis Jackson) to create rap duo O.J. Simpson. While having little to do with the real life Orenthal J. Simpson, Guilty and Madlib have transformed the name into the new character of a ghetto pimping kingpin. The result is a masterfully produced mixtape to accompany your travels through Oxnard, California en route to Detroit, Michigan.

Madlib opens the album up with Hammond organs, a surgeon general warning and news show parodies, including a word from fictitious sponsor, “Fried Chicken Insurance Company.” The vintage film and television samples continue through “Introduction;” prepping the crowd with a dope prelude for the arrival of Guilty Simpson on the following kickoff rap, “O.J. Simpson.” With Madlib’s love of precise pastiche editing maneuvers, the samples are given lives and mics of their own through the interludes, “Pimp Rap Interlude,” “Think Twice Interlude,” “A Friend’s Help Interlude,” “Gone Crazy Interlude,” “Something Bad (intermission One),” “Something Good (intermission 2),” “Hold Your Applause,” “Bow Wow Interlude,” not to mention the instrumental sampled sub-interludes that connects every cut.

For me the album really kicks into new dimensions on the tripped up and pimped out “New Heights.” “Karma of a Kingpin” continues the urban odyssey recounting “a plethora of bad hoes, bad woes, cash loans, comes back faster, when you’re that factor.” Recently released single “Coroner’s Music” creeps with an eerie moog, buzzing with ridiculous flavors and guilty boasts like, “coroners must love my shit for certain cause I keep ‘em working!” Madlib also knows how to make an over the top “strip club” studded banger with the glitz and repetitive female vocal track featured on “Back on the Road Again.” “Hood Sentence” thumps with heavy bass coated in harsh words of warning, “I put ‘em in their best clothes, family crying the front row with a fresh rose playing with my escrows, put you on death row with my hood sentence… good riddance.” Strong Arm Steady’s cameo on “Outside” turns any “house party into a UFC,” which made me recall Madlib’s top drawer work with SAS on their In Search of Stoney Jackson album released earlier this year.

The duo don't skimp on public service announcements, fired up preachers, stand-up routines, lover’s quarrels, street fights. The comedic element spills out of the interludes into the tracks, and with all the intertwined segments of Madlib master strokes, the collaboration builds a classic mobster story more bad ass than a trial-of-the-century acquittal. This is a bigger and pimper battle to take back the name; a killer duo with the dubious yet ominous title of O.J. Simpson is available May 18 on Stones Throw Records.