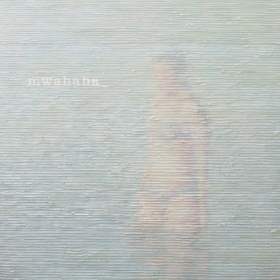 When I clap my hands, you’ll wake up and all of this will seem but a dream to you… A persistent beeeeeeep melts and blends into a wet, gurgling noise, then transforms into a calming tone-to-tone background hum behind “Swimming,” the first track on Mwahaha’s self-titled debut album. Diving through foamy layers of sound, slowly pieced together thoughts, and cresting rhythms, “Swimming” unfolds from an entryway into a rabbit hole, sucking you down into a corridor with ever-changing walls of sound, less a “sonic landscape” than a true sound experience.

Oakland-based Mwahaha’s psychedelic songs often drop out into eerie moments that take full advantage of the pause and the lack of pure structure to really amp up the acid-washed daydreaming. In the middle of “Rainbow Diamond,” Mwahaha’s first single, a long pause leaves me imagining a wide-eyed and scantily clad babe pushing through glittery strands of color in a rainbow that stretches through space like a Mario Kart scene. Then, with a crash of drums, we’re coasting down the gleaming rainbow road and…holy shit…pushing play on this thing is like taking a rip from a 6-foot bong.
Something soothing about the pop falsetto of the lead singer, somehow always anchored in a sort of confident monotone echo, leads the record towards indulgent, bright fantasies instead of emphasizing bad-trip nightmare weirdness. Even though the voice often melts into the background, when it bubbles to the top, elegant phrases and pretty little thoughts crack through, like, “There’s always the chance of the sky exploding into our heads, over our beds, killing us all…” or the trippy end bit to the album’s final number, “Bathynomus Gigantes.” If you can make it through eight and a half-minutes of re-discovering your palm (no, wait…seeing it for the first time, man), you’ll be treated to a few short clips of hazed-out, elongated lyrics like, “You’re so far out because you just won’t come in…”
But who needs shelter from this storm? Mwahaha never stops surprising, and each song is jam-packed with feel-good oddities. A fantastic beam-me-up bassline, driven by 80s video game sounds and robotic rumblings, runs through “ We Will Build Our Own,” and “Rivers and Their Teeth” returns for more bass in space before literally splashing into a wet sound collage that sounds like what lies beneath in Dagobah. After a few minutes of bathwater, the submerged song emerges into a more ethereal number, like what would happen if you threw The Who’s Tommy down a well.
“Poinsetta” has a crunchy vibe, with more horrorshow, unexpected noises sneaking up to tap your unsuspecting shoulder with their cool fingertips. (And wait Did someone just say something about fucking a mountain?) Merrill Garbus of Tune-Yards drops by for a Mad Hatter tea party of a song called “Love” that transitions into the lyric-less, slow-building “Lime Tree.” The album’s most traditional tune, “sleep deep,” eases into the finale, “Bathynomus Gigantes,” which begins with a quasi-tribal thumping that wordlessly calls each to arms as we explore the final frontier from ear to ear, thoughts twisting and eyes closed, sounds erupting, softly taking us away until…Clap.
PrevPreviousMars Is Heaven – Ela Orleans
NextMan With Potential – Pete SwansonNext